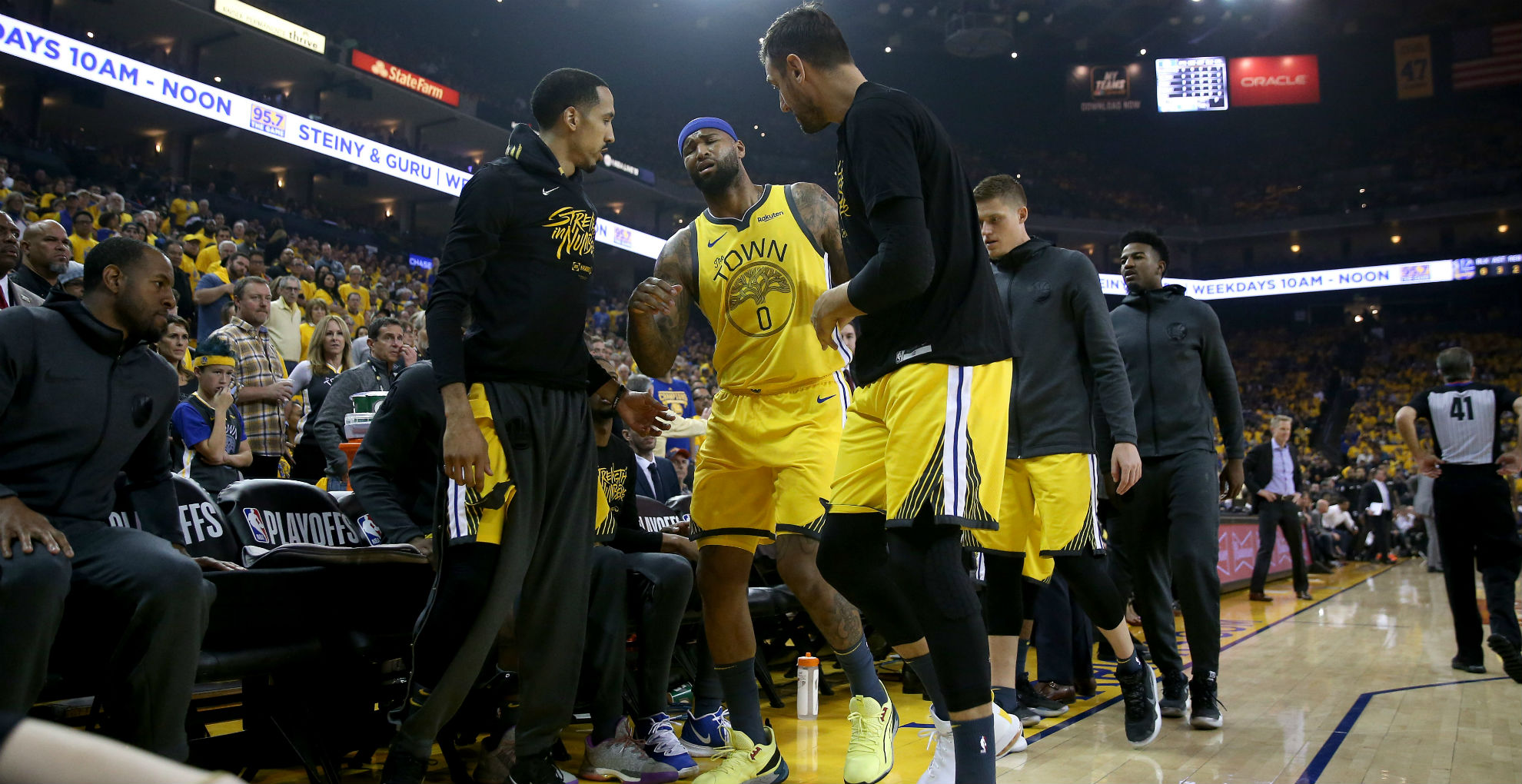 DeMarcus Cousins left Game 2 of the Warriors’ first-round playoff series against the Clippers with a quad injury.

The Golden State center suffered the injury when he fell chasing down a loose ball on a fast break in the first quarter.

Cousins left for the locker room and was ruled out shortly after. He is expected to have an MRI within the next 24 hours to determine the severity of the injury.

DeMarcus Cousins (left quad injury) will not return to tonight’s game. He will get an MRI in the next 24 hours.

The team is reportedly concerned Cousins suffered a torn quad, according to a report from ESPN.

There’s significant concern that DeMarcus Cousins has suffered a torn left quad, but there won’t be complete certainty until his MRI on Tuesday, league sources tell ESPN. The hope is that it’s just a strain.

Cousins, 28, made his first career playoff appearance in the Warriors’ 121-104 victory over the Clippers on Saturday. He posted nine points, nine rebounds and four assists in the contest.

Cousins joined Golden State this offseason, signing a one-year, $5.3 million deal with the two-time defending champions. This was a bargain for the four-time All-Star, even if he was recovering from a torn Achilles at the time.