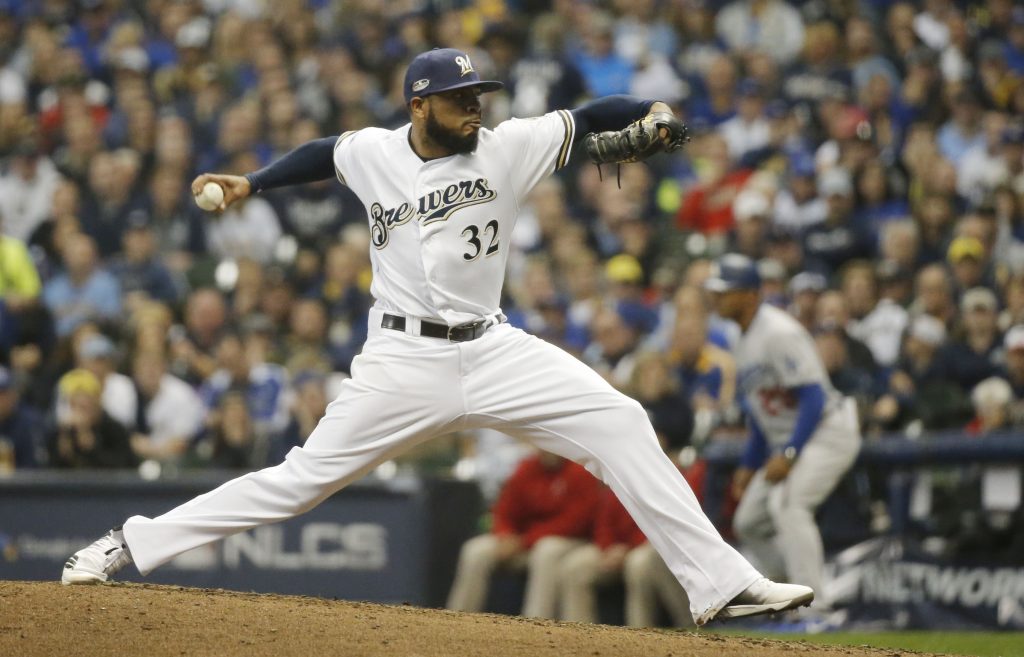 As expected, the Brewers have activated reliever Jeremy Jeffress from the injured list. He had opened the year on a rehab assignment while rebuilding arm strength.

That’s good news for the pen, but the club surprisingly announced another shoulder ailment that impacts the rotation. Freddy Peralta is evidently dealing with a problem in that joint; details remain unknown.

Peralta’s spot on the roster will be occupied by fellow righty Aaron Wilkerson, who was recalled. The Brewers also optioned down righty Jake Petricka to make way for Jeffress.

Last night’s outing was another rough one for Peralta, who has failed to record more than ten outs in three of his four starts. He was lights-out in the other, an eleven-strikeout, scoreless gem, but carries a 7.13 ERA for the season.