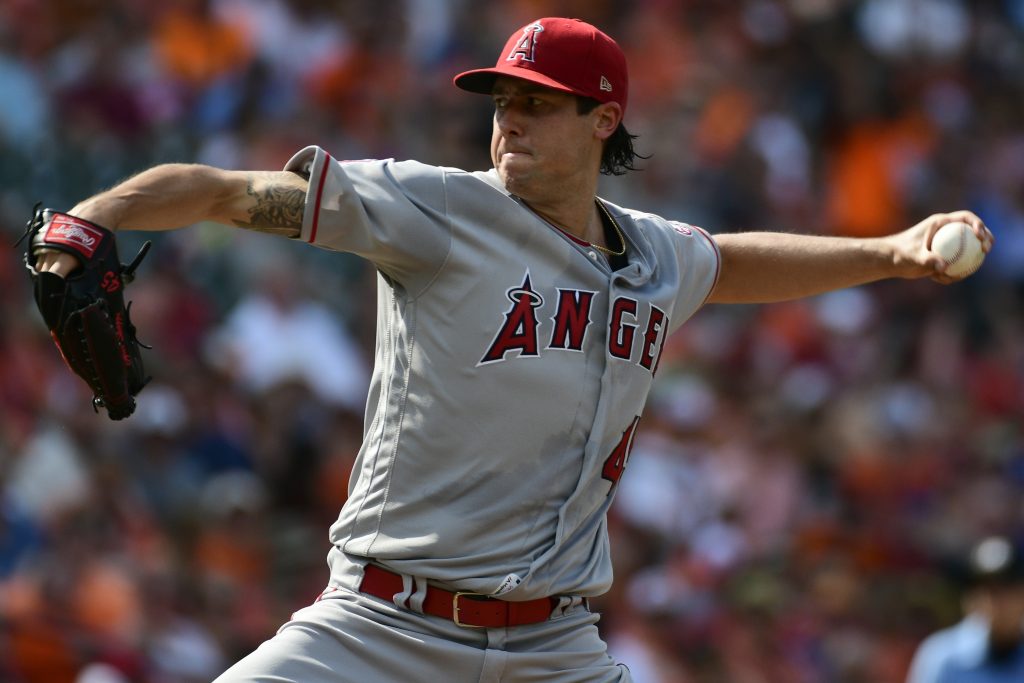 The Angels announced today that starter Tyler Skaggs is headed to the 10-day injured list. He’s dealing with a left ankle sprain incurred in his last outing, as MLB.com’s Maria Torres was among those to cover via Twitter.

Fortunately, the outlook seems to be quite positive for Skaggs. His hope is to return to action in short order. It seems reasonable to presume that he’ll be able to keep his arm in condition for whatever time he is down, so a return to action ought to be in sight once the ankle progresses.

That’s about the least worrying possible explanation for the velocity dip that Skaggs showed late in his last start. His problematic arm injury history isn’t implicated. The Halos will hope that Skaggs can use the down time both to rest up a bit and figure out how to tamp down on the long balls that have thus far marred his season.

Skaggs has shown some promising and some worrying signs thus far. Through 15 innings over three starts, Skaggs carries a promising combination of 8.4 K/9 and 1.2 BB/9. But he has already allowed four balls to leave the yard. The 27-year-old is exhibiting reduced velocity thus far, which perhaps has been part of the impetus for his shift away from the heater in favor of his curve and change.

Despite the uncertainty, there’s no doubting Skaggs’s importance to the Halos — particularly with Andrew Heaney also on the sideline at the moment. The void in the rotation will be filled by Jaime Barria, who’s joined by fellow righty John Curtiss in ascending to the active MLB roster. Infielder Taylor Ward was optioned to open the other needed roster spot for those promotions.