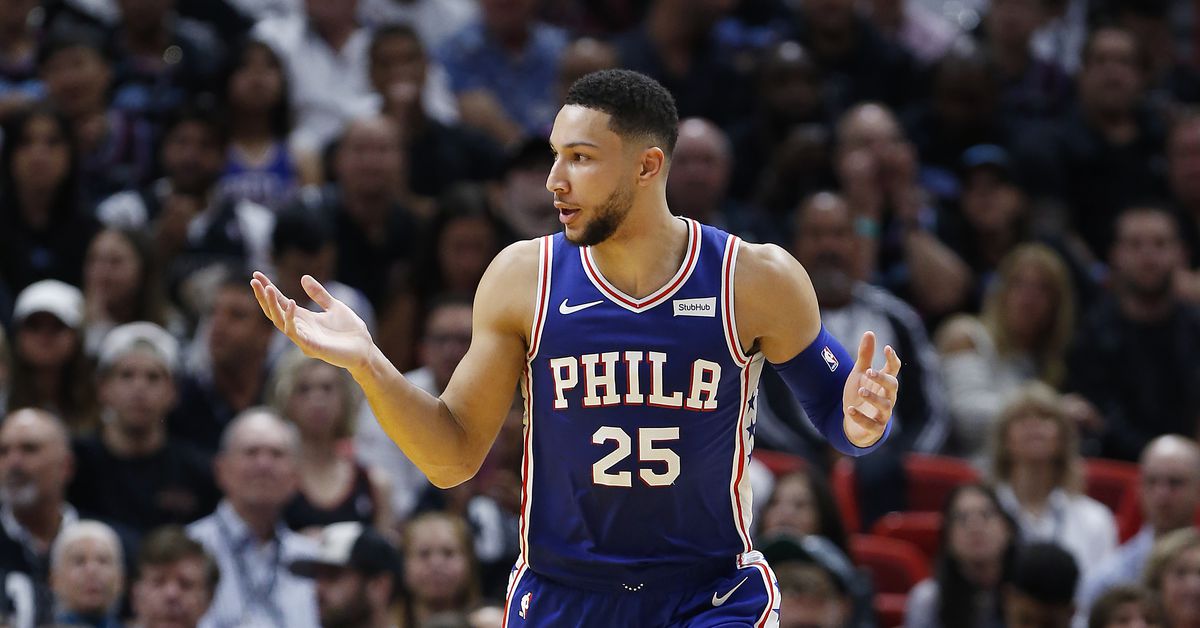 On Philadelphia’s very first possession of Game 2 against the Nets, Ben Simmons put his head down and attacked the rim. His opening layup attempt didn’t go in, but it made a statement. This was not going to be like Game 1, when Simmons dribbled toward the paint then reversed course, allowing the Nets to shock the 76ers with a 111-102 series-altering victory in Philly.

This time, he dribbled toward the paint, then stepped on the gas. Aggression from Simmons was not be an issue the second go-round. Instead, it was a strength. After missing the first layup, Simmons made the next. Then he attacked again, resulting in free throws, before exploiting a mismatch on the low block.

Simmons was far from timid in Game 2, where the Sixers led by as many as 32 in a convincing 145-123 victory over the Nets. He finished with a triple double of 18 points, 12 assists, 10 rebounds and two steals. He was every bit as good as his fans envisioned.

The first quarter was a clinic for Simmons, one of the most gifted young players in the NBA whose lack of a perimeter jumper has been his Achilles heel. Philly’s prince scored or assisted on 13 of his team’s first 20 points.

Philly blew this game wide open in the third quarter, when they scored an unheard-of 51 points. Simmons only scored two points in little more than seven minutes in the period, but he also had five assists and zero turnovers.

Simmons is the 76ers’ barometer

You only have to tune in to talk show radio for five minutes to hear a host bashing Simmons’ game. He can’t shoot, they’ll say. His game is killing the Sixers.

The truth is when Simmons doesn’t play like himself, it hurts everybody on the court. In today’s NBA, it’s difficult to play more than one non-shooter on the floor. It hurts twice as much when that non-shooter is your primary ball handler and isn’t making himself a threat in other way.

That’s why the key for Simmons is getting downhill. When he gets open in transition, he’s a handful to stop. Simmons is one of the most gifted athletes on an NBA roster, but he has to actually play like it to take advantage.

When Simmons is aggressive, and aggressive early on, it sets the tone for the rest of the team. Brooklyn didn’t respect him in Game 1, sagging completely back and walling the paint off inside of five or so feet. This time around, Simmons attacked like there was no wall. If there was, he burst right through it.

Philadelphia relies heavily on Joel Embiid, and for good reason: he’s the most dominant player at his position, a talent who pushed The Process into a win-now posture. But Simmons is the second head of Philly’s two-pronged attack,

In Game 2, Simmons showed why. It’s still early, and the Nets will make their changes, but Ben Simmons was powerful when the Sixers needed him to be. If he can play that hard on a consistent basis, maybe the 76ers will be just fine after all.