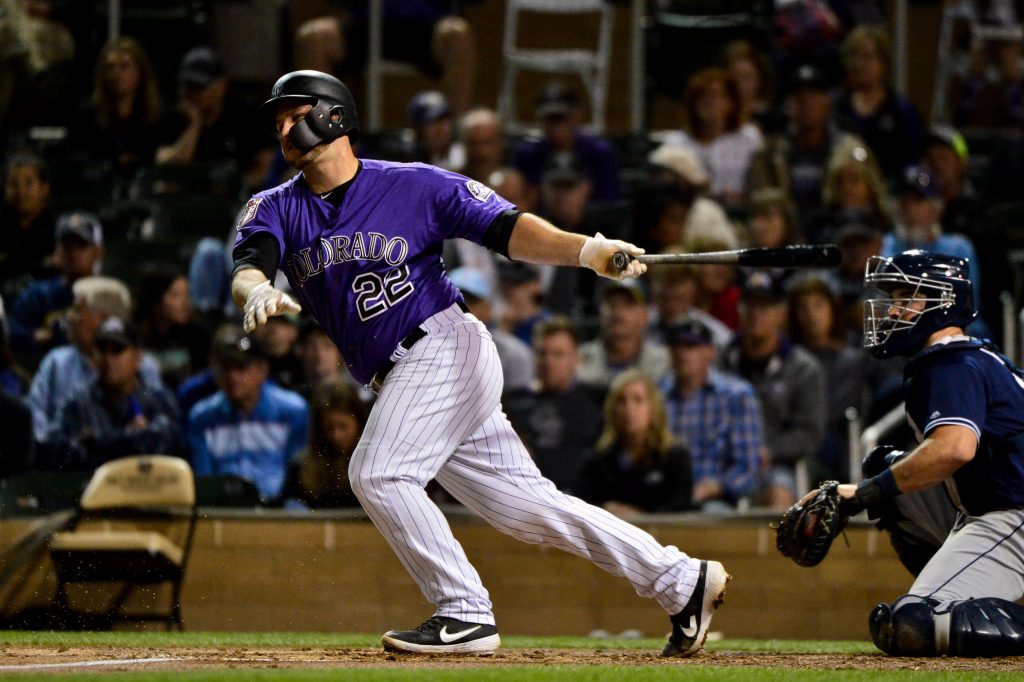 The Rockies announced today that backstop Drew Butera’s contract was selected from Triple-A. He’ll take the active roster spot of fellow receiver Chris Iannetta, who was placed on the 10-day inured list with a strained lat muscle.

In other roster moves, the club announced that outfielder Noel Cuevas and righty Antonio Senzatela are also joining the big league club. Outfielder Yonathan Daza and righty Yency Almonte were optioned down to make way.

It’s not clear at this point how severe an injury Iannetta is dealing with, but it’s hardly promising to see him go down. He’s the latest veteran position player to hit the IL, further downgrading an already terrible offensive outlook for the Colorado organization.

Butera has loads of MLB experience and represents a worthwhile insurance policy to cash in. But he’s known far more for his sturdy presence behind the dish than his work with the bat in hand. The 35-year-old is a .201/.258/.299 lifetime hitter in the majors.