During the early days of Washington Redskins owner Dan Snyder’s tenure, cornerback Deion Sanders stood at his locker, oozing the aura of “Prime Time” surrounded by cameras and microphones, and proclaimed the following:

“Every owner in the league tries to secure free agents. The difference is, Dan shops at Versace, other owners shop at Walmart.”

But all Versace got the Redskins were splashy offseason headlines and in-season frustration. From 2000 to 2009, Snyder’s Redskins were known for signing big-name free agents and changing coaches. Since then, he has had only two coaches, and the organization has tried to build more through the NFL draft.

They’re 31-32-1 over the past four years. They get enough right to be in contention and enough wrong to miss the playoffs. In 2016, they had a passing game ranked second in yards per game (and yards per attempt) with quarterback Kirk Cousins and receivers Pierre Garcon, DeSean Jackson and Jamison Crowder. Regardless of blame, all four are gone.

Once upon a time, the heavy lifting was done in free agency. Now it’s the draft.

From 2000 to 2009, the Redskins averaged having 18.5 draft picks on the opening day roster (a figure boosted by a combined 50 in the final two years). Since then, they’ve averaged 23 draft picks.

Snyder, who took over the team in May 1999, wanted to build on a 10-6 season and NFC East championship. So, in 2000, the Redskins did it by signing older veterans to contracts totaling $112.25 million: Sanders, defensive end Bruce Smith, safety Mark Carrier and quarterback Jeff George (despite Brad Johnson having had a Pro Bowl season). They turned a 6-2 start into an 8-8 finish and fired coach Norv Turner after 13 games. Only Smith played more than one full season in Washington.

“The year we got Deion and all of them, if we had a kicker we probably would have won 11 or 12 games,” said Vinny Cerrato, in charge of personnel for most of Snyder’s first 10 years. “There were extenuating circumstances. Was it the right decision? It turned out not to be because we didn’t win.”

They lost three of four games before Turner’s firing by three points or fewer. In each game, they missed a field goal attempt, though in one it was from 56 yards. But if the other two makeable ones had been converted, they would have been 9-4 after 13 games instead of 7-6.

Regardless, the season laid the blueprint for Snyder’s early ownership: pursue big names and sign free agents. Executives around the league grumbled about the Redskins’ aggressive spending. The team didn’t care.

In the 2000-09 span, the Redskins often went hard after free agents. They signed Jeremiah Trotter in 2002 for seven years and $36 million; he was released at the end of the 2003 season. They signed Michael Barrow in 2004 after he led the New York Giants in tackles; he never played a down in Washington because of knee issues.

They had some good pickups, too, such as defensive linemen Cornelius Griffin and Phillip Daniels, linebacker Marcus Washington, cornerback Shawn Springs and linebacker London Fletcher. That group formed a defensive cornerstone under coach Joe Gibbs, helping the team make the playoffs twice in four years.

In 2006, they made Adam Archuleta the highest paid safety in the game. It was a disaster; he was benched and released after the year. In 2009, they gave Albert Haynesworth the first $100 million contract, with a then-record $41 million guaranteed. He lasted two seasons.

There were wild swings with the draft: The Redskins had 10 picks in 2002 and 2008. They averaged 5.4 picks in the other eight drafts. That hasn’t been the case lately.

The Redskins have put much more emphasis on the draft under Bruce Allen, who says: “The draft gives you the best opportunity to build the core of your team.” AP Photo/Mark Tenally

It’s not as if Washington stopped handing out big contracts. Over the past six years, they signed receiver Jackson, cornerback Josh Norman and, last month, safety Landon Collins, among others. Norman and Collins were made the highest-paid players at their positions. The Redskins, though, backed out of the bidding for linebacker C.J. Mosley when it shot $2 million per year above their desired amount. That has happened more and more over the years.

The Redskins have retained some of their picks — Ryan Kerrigan, Jordan Reed and Trent Williams all received big contracts — but let others leave. Inside Redskins Park, numerous people say there has been more focus on the draft in recent years — and a lot more talk about compensatory picks. They have three this year and probably will have at least one in 2020.

Over the past four years, the Redskins have drafted 35 players — their most in a four-year span since 1990-93. The draft lasted 12 rounds until 1992 and eight in ’93 before settling on the current seven rounds.

“The draft gives you the best opportunity to build the core of your team,” Redskins president Bruce Allen said. “Free agency, very few times will we be able to get a player like Landon who is 25 years old, in the peak of his career, with great leadership skills and character. When that opportunity is there we’ll do it, whether in free agency or a trade. Last year we had just acquired [quarterback] Alex [Smith]. We saw him as a blue-chip player and someone who can help us. We’ll still look into trades whenever possible.”

They need to hit on more picks. Of their past five second-round picks, only two remain on the roster — linebacker Ryan Anderson, who might start at outside linebacker; and running back Derrius Guice, who is coming off a torn ACL.

But this focus has made them a younger team. At one point this season, they had 28 of their own draft picks on the roster and 33 homegrown players.

According to the Elias Sports Bureau, their average age at the start of the season since 2012 has been above 26 only once. From 2000 to 2011, it was always at least 27 years old — and they had the oldest roster, or second oldest, seven times.

Why hasn’t it worked 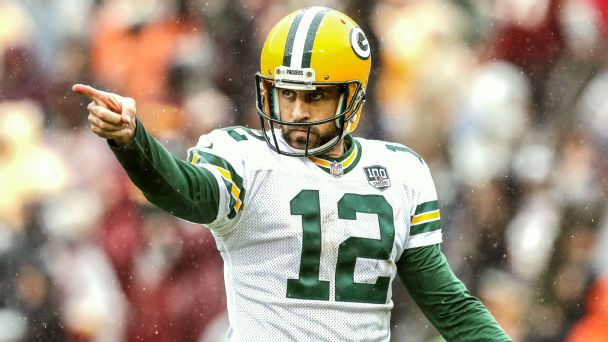 The Redskins have been beset by injuries the past two years — a combined 47 players finished those seasons on injured reserve, which clearly impacted their on-field success. But other issues have impeded success: Coach Jay Gruden has said (as have others who have dealt with the franchise) that the front office and coaches need to be on the “same page.” That leads to the front office and coaching staff not always being in accord on players.

They need their big-time money players to produce at a commensurate level; too many of them, for whatever reason, have not. They’ve had three defensive coordinators during Gruden’s tenure.

What the fans want, though, is a strategy that leads to winning. At the NFL owners meetings in March, Allen was asked to evaluate his own job performance.

“No,” Allen said. “We’ve got to work harder. We’ve got to find the players who will give us the opportunity to win, and put them in the right position to win.”