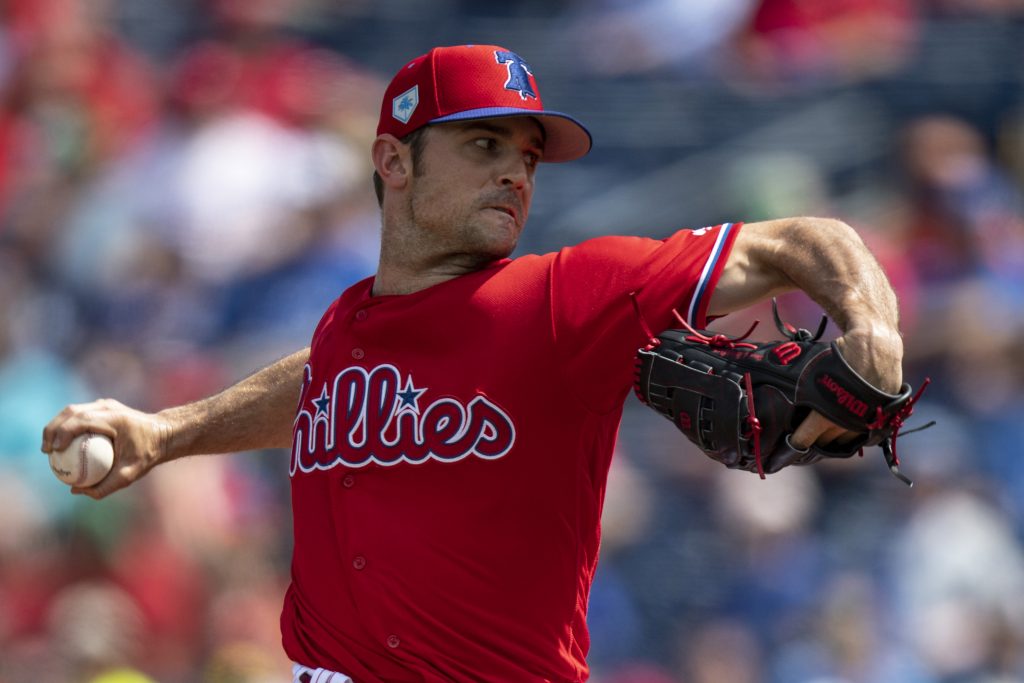 The Phillies announced Monday that they’ve placed right-hander David Robertson on the 10-day injured list due to soreness in his right elbow. Fellow righty Drew Anderson was recalled from Triple-A Lehigh Valley in his place. Robertson tells reporters that he’s had some on-and-off forearm discomfort and is set to receive an MRI tomorrow, though he’s not overly concerned about the issue at the moment (Twitter link via Philly.com’s Scott Lauber).

Robertson, 34, signed a two-year contract worth a guaranteed $23MM this winter and has struggled through a slow start to the season. The veteran righty allowed runs in each of his first three appearances with his new club and, overall, has yielded a total of four runs on eight hits and six walks with six strikeouts in 6 2/3 innings of relief. Robertson has thrown just 58 percent of his pitches for strikes in that small sample of innings — a departure from recent seasons when his overall strike rate has sat at 63 percent or better.

Notably, this is the first trip time in his career that Robertson has ever missed time due to an arm injury. He spent about two weeks on the shelf due to a groin strain in 2014 and missed a bit more than three weeks due to an oblique injury in 2012, but he came to the Phillies with a pristine track record in terms of arm health.

With Robertson sidelined for the time being, Anderson will get a look for a third consecutive season. The 25-year-old hasn’t found much success in the big leagues yet but also hasn’t had much of an opportunity; in 15 Major League frames, he’s surrendered 13 runs on 23 hits with a more impressive 13-to-3 K/BB ratio. Anderson has spent the vast majority of his career as a starter and owns a 3.90 ERA with 7.3 K/9 against 2.6 BB/9 in 115 1/3 innings (21 starts) at the Triple-A level.