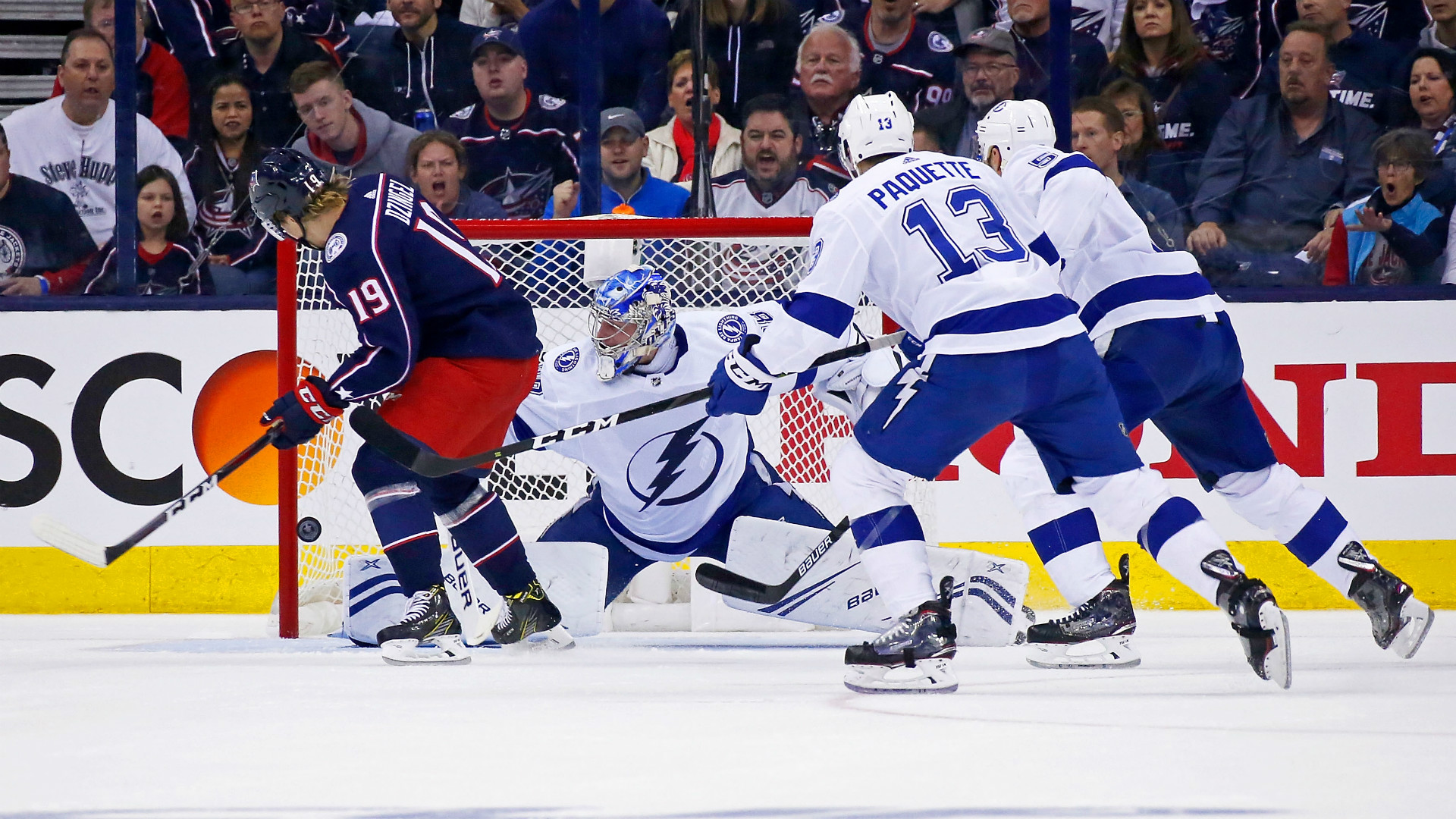 The Tampa Bay Lightning were without Nikita Kucherov and Victor Hedman for Game 3 against the Columbus Blue Jackets, and after losing 3-1 on Sunday they appear to be without any real hope of advancing past the first round.

Kucherov, the Art Ross Trophy winner, was suspended for a hit on the Blue Jackets’ Markus Nutivaara in Game 2 and his absence was known well ahead of Sunday’s puck drop. What wasn’t confirmed until less than an hour before the start of Game 3 was the status of Hedman, a former Norris Trophy winner and a huge part of the Lightning’s blue line corps. Hedman was ultimately left out of Jon Cooper’s lineup due to an unspecified injury, and the odds continued to pile up against the Presidents’ Trophy holders.

Already down 0-2 in the series after shockingly losing the first two games of the series on home ice, the Lightning would need a boost in Sunday’s game to revive their fading playoff hopes. Unfortunately for Tampa Bay, the losses of their leading scorer and best defenseman proved to be too much, as the Blue Jackets took advantage of a weakened Lightning lineup and continued one of the bigger stories of the opening round.

Led by Matt Duchene, who set a Columbus franchise playoff record with four points in Game 2, the Blue Jackets struck first. Duchene reacted quickly to a rebound and opened the scoring in the early stages of the second period, netting the first of two Columbus goals in the middle frame.

Oliver Bjorkstrand notched his first goal of the postseason just over five minutes later, and Columbus was well on its way to taking a commanding 3-0 lead in the series. Ondrej Palat made things interesting with a third-period goal to bring the Lightning to within one, but it wasn’t enough as Columbus would add an insurance marker with a minute left to play.

The @BlueJacketsNHL have taken a 3-0 lead in a best-of-seven series for the first time in franchise history, pushing the Presidents’ Trophy-winners to the brink of elimination. #NHLStats #StanleyCup pic.twitter.com/zGwspu9ghB

The @BlueJackets are one win shy of joining the 2012 Kings as just the second team to take a 3-0 series lead over the Presidents’ Trophy winners in the opening round.

LAK became the first No. 8 seed to win the #StanleyCup in the conference era (since 1974-75). #NHLStats pic.twitter.com/q7xhKM7TMG

Kucherov will be back for Game 4, but will it be too late by then? Despite leading the NHL in points rather comfortably in the regular season, Kucherov failed to register a goal or assist in the two playoff games he’s played this season.

For the Lightning to have a chance, both Kucherov and the rest of his teammates will have to bring back some of the magic that made them nearly unstoppable prior to the postseason.