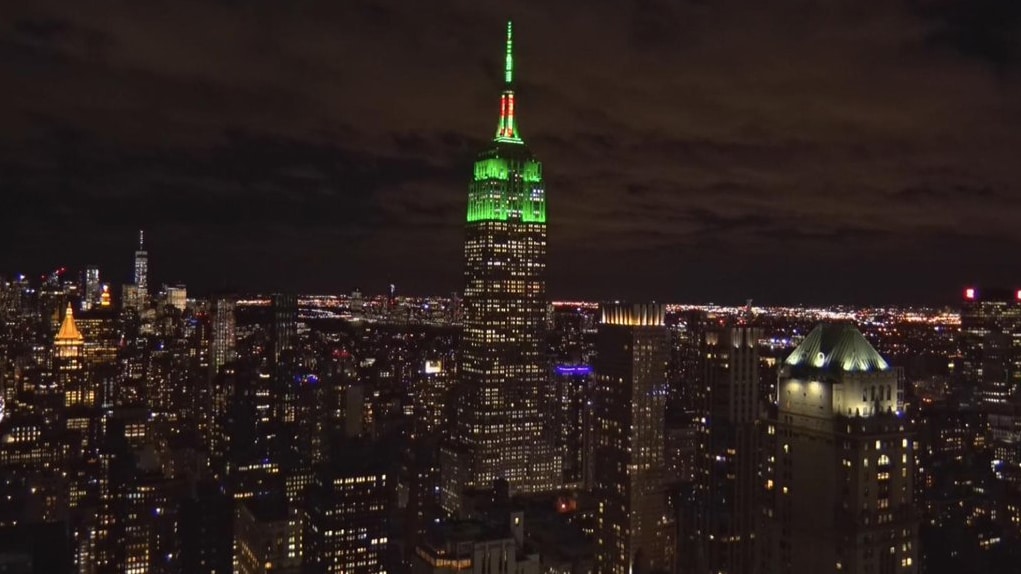 In the wake of breaking an 11-year major drought, Tiger Woods is being honored with everything from the Presidential Medal of Freedom to coffee art.

And tributes to the 15-time major champ just keep pouring in.

Monday night in New York City, the Empire State Building was lit up Masters green with a giant red No. 5 to commemorate Woods’ fifth win at Augusta National.

Green, with a dash of red. Can you dig it? pic.twitter.com/gg6Apjz5OV

Woods is skipping the late night talk show media tour that has become tradition for most Masters champs in recent years, but even though he won’t physically be in the Big Apple, it appears his presence will be felt far and wide across the city anyway.