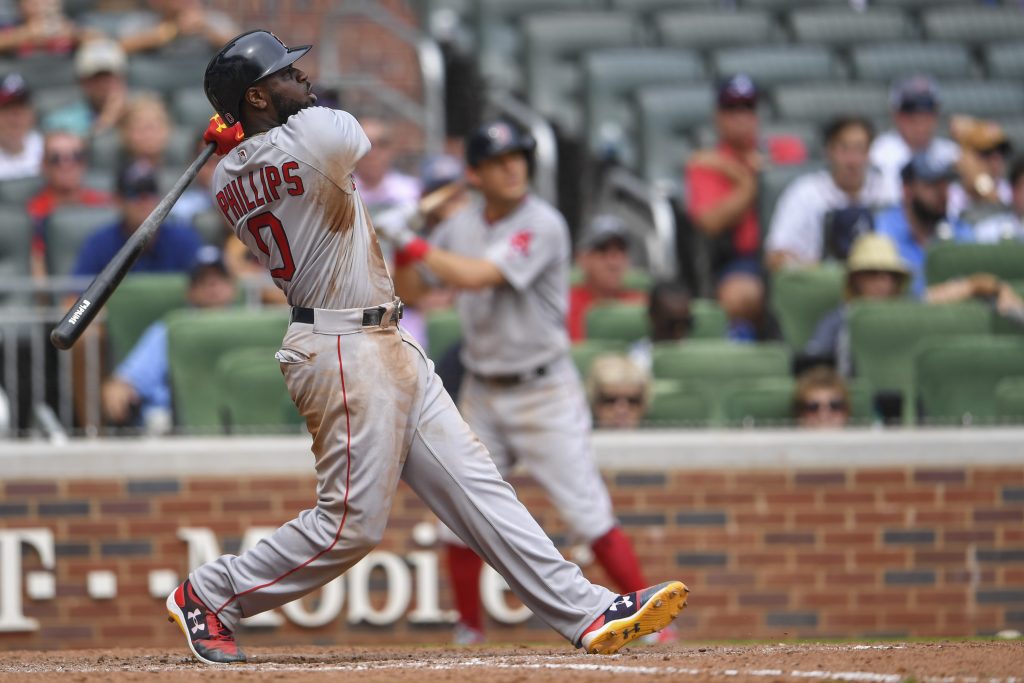 Veteran second baseman Brandon Phillips is still hoping to continue his playing career, MLB.com’s Jon Morosi reports on Twitter. He has not signed with an organization since wrapping up a brief stint with the Red Sox last year.

Now 37 years of age, Phillips is well removed from his days as a stalwart performer with the Reds. He topped 120 games for the 12th straight season — and topped 140 for the 11th time in a dozen years — in a 2017 campaign split between the Braves and Angels. But Phillips didn’t sign on with the Boston organization until late last June and ultimately appeared in only nine contests at the game’s highest level.

That ’17 effort wasn’t far off of Phillips’s career mean. Trouble is, he’s no longer an elite defender at second base. Though UZR graded him as approximately average at the position in his most recent full MLB campaign, DRS assigned a well-below-average -7 score for the second consecutive season. Phillips has also posted some notable negatives in the baserunning arena, though he’s still capable of stealing a bag.

Phillips’s low-walk, high-contact skillset could still hold appeal, particularly to a team that still believes in his glovework. The grading systems were neutral to bullish on his 218 innings at third base in 2017, the first time he had ever played there in the majors. Phillips is no shrinking violet; his occasionally brash presence might not be for every team but could be seen as a bonus in the right circumstances.

It isn’t apparent what kind of opportunity Phillips is looking for. He says he’s staying in shape, but there’s no indication of his preferred timeline. Phillips showed last year that he’s willing to undertake an extended run in the minors, though he surely did so knowing there was a chance at an important role for a championship contender. Whether he’ll be able to secure such an opportunity this time around remains to be seen.