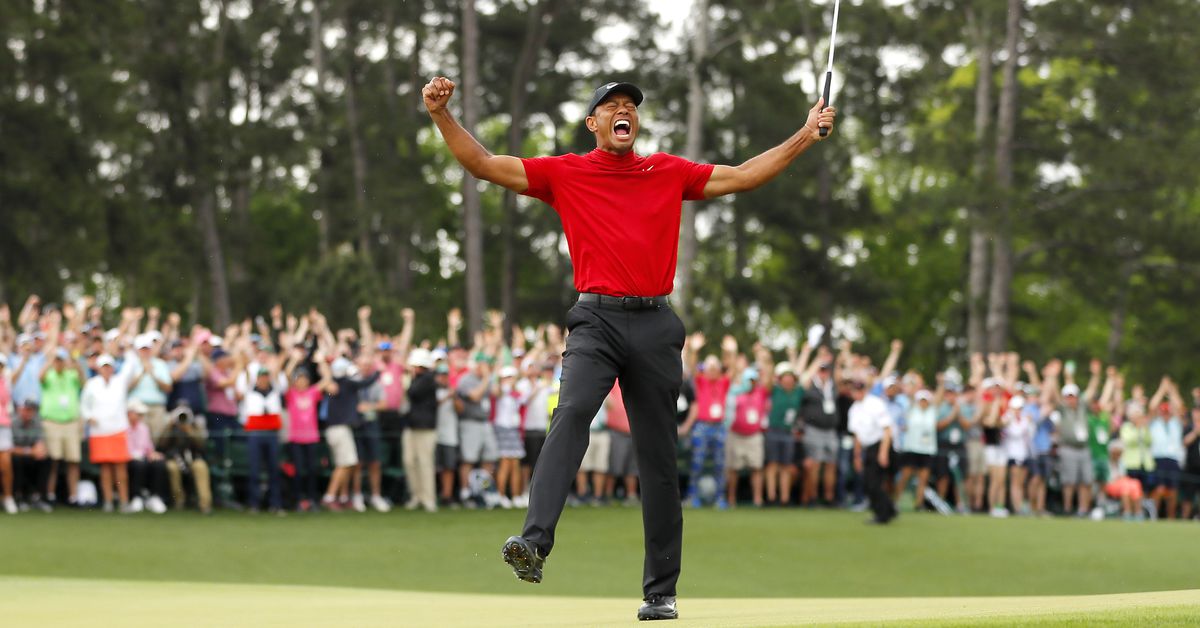 Tiger Woods winning The Masters was special. Impossibly, mind-numbingly special. The possibility of Woods putting on the green jacket for the first time since 2005 felt like the kind of sports moment that only happens in movies, but here we are.

Every single one of us went through stages this weekend as the possibility of Tiger winning waxed and waned. Twitter was launched in July of 2006, Tiger last won at Augusta in 2005. Nobody had tweeted through Tiger winning The Masters until now. The perfect emotional roller coaster ended with the greatest possible ending, and now we can look back on how it unfolded and all the feelings we had getting here.

People are asked if this is the year for Tiger …

A curious stat is used to imply possibility.

A lack of concrete evidence continues to sew doubt.

And 4 behind the two leaders ?

2002 was a long time ago, He isn’t winning this tournament.

That doesn’t mean a thing. He hasn’t been able to put 4 days together in an important tournament in years

An outside force threatens history.

The realization that this might happen begins to dawn on the populace as Woods enters Sunday tied for the lead.

Possibility passes a tipping point. Tiger is heading to the 18th and everyone is an emotional wreck.

Calm left like 20 minutes ago. We’re onto sweating and chaos right now.

Tiger completes his feat, winning The Masters for the first time since 2005. Energy fluctuates between non-existent as overflowing.

I’m so thankful to be living during this time !!!

Overloaded on dad energy. I need to go mow the shit outta the lawn

Stage 9: Smiling at the haters.