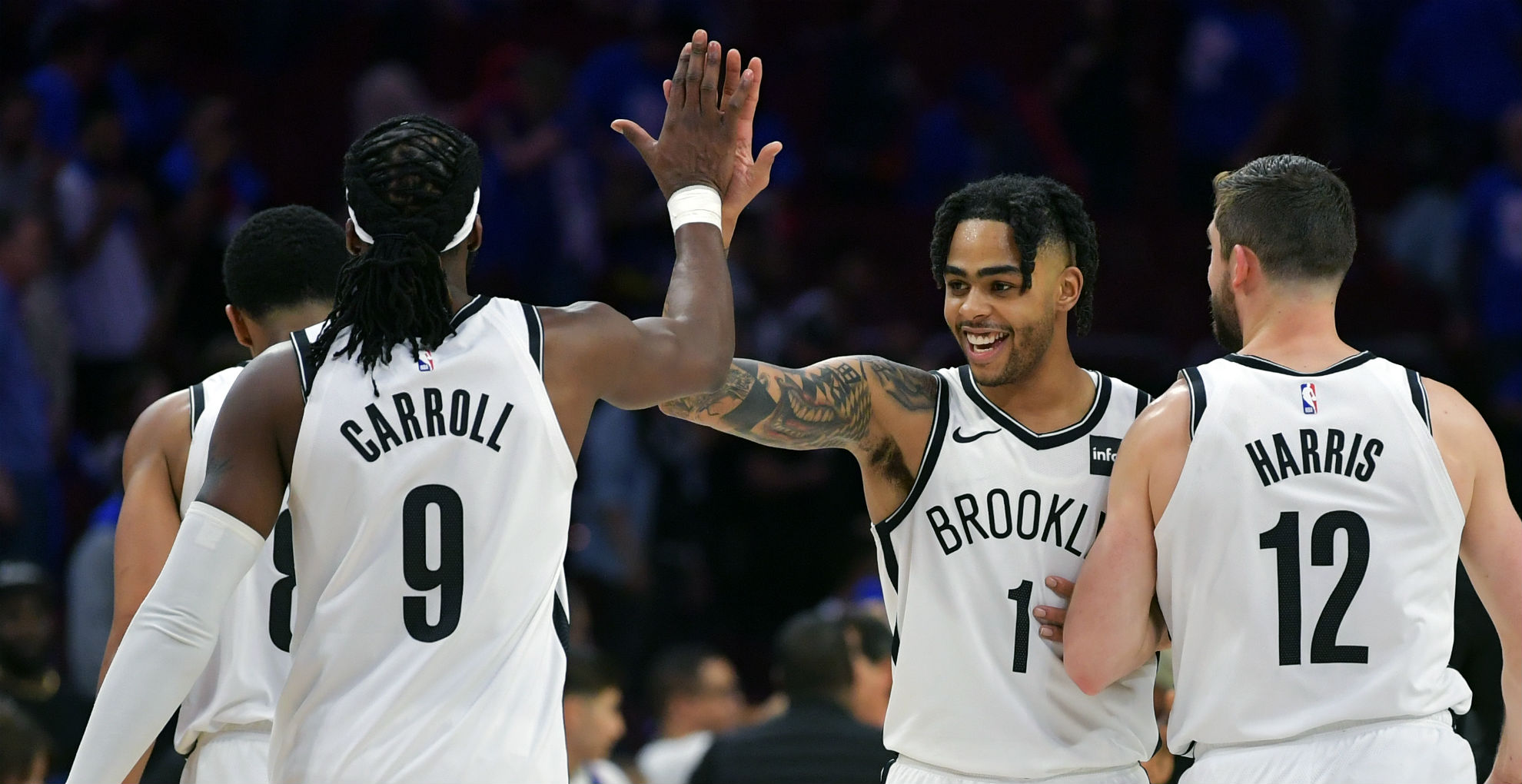 The Warriors got their postseason off to the exact start everyone expected them to with a 121-104 win over the Clippers.

Golden State is an astouding favorite to win this series, and while the Clippers were pesky throughout the game, the Warriors were just too much for them.

Stephen Curry was fantastic with 38 points on 11-of-16 shooting including 8 of 12 from 3-point range and he also managed to add 15 rebounds and seven assists for good measure.

Brooklyn shocked the world to get the 2019 NBA playoffs started.

The sixth-seeded Nets took down the third-seeded 76ers in Game 1 of their first-round series in Philadelphia, claiming a 111-102 victory.

The 76ers have what is arguably the second most talented starting lineup in basketball, but they couldn’t defend against the pick and roll or win a shootout against the Nets.

Brooklyn’s star point guard D’Angelo Russell was ice-cold to start the game, but ended up posting a team-high 26 points against Philadelphia. He connected on two of his team’s 11 3-pointers while the 76ers were a lowly 3 for 25 from deep.

Philadelphia’s star center Joel Embiid was listed as questionable leading up to the contest, but decided to suit up. Even though he clearly wasn’t at his best, he totaled 22 points, 15 rebounds and five blocks.

But it was Jimmy Butler’s 36 points that kept the 76ers within reach of a win.

Brooklyn will have a chance to go up 2-0 against Philadelphia on Monday, and the 76ers are definitely feeling the pressure. After all, their own fans booed them in the Wells Fargo Center during their losing effort.

This wasn’t the only upset of opening day in this year’s postseason though.

The Magic knocked off the Raptors 104-101 in Toronto as well.

Seventh-seeded Orlando has been one the NBA’s best teams since the All-Star break, but not many expected this.

D.J. Augustin led the Magic, tying Kawhi Leonard for a game-high of 25 points in the matchup. He also went on a personal 5-0 run to seal the deal for his team down the stretch on the road.

Orlando got out to an impressive first-half lead, but saw it dissolve in an instant. Even still, its gritty style helped it to a big win.

The final upset of the night was secured by the Spurs, who beat the Nuggets 101-96 to cap off Saturday.

Despite Nikola Jokic becoming the fourth player ever to record a triple-double in his first ever playoff game, the second seed fell to the well-rounded offensive attack of the Spurs.

The first round is looking quite interesting so far.

Caris LeVert erupted for 23 points off the bench in the Nets’ win.

Pascal Siakam racked up 24 points and nine rebounds for the Raptors.

JJ Redick scored just five points on 2-of-7 shooting and fouled out in the 76ers’ loss.

Kyle Lowry recorded a goose egg in the scoring column and was 0 of 7 from the field for Toronto.

Khem Birch turned a deflection into an alley-oop slam for the Magic.

Jimmy Butler hit a huge 3-pointer to beat the buzzer before the half to cut the 76ers’ deficit to single digits.

Buckets.
He gets them.

Pacers at Celtics, Game 1, 1 p.m. ET — Despite losing its star player Victor Oladipo to a season-ending leg injury, Indiana has been consistently competitive against Boston. The Celtics have struggled to find their chemistry throughout the season and could seriously be tested against the Pacers. This series could legitimately go seven games before a winner is determined.