This week, the ATP Tour’s elite will vie for the coveted trophy at the Rolex Monte-Carlo Masters, with glory in the Principality on the line.

But first, a select group had the privilege of being received by H.S.H. Prince Albert II of Monaco at the Palace. The Prince has long been an integral participant of the tournament, taking in the action every year.

At the opening of the 113th edition of the prestigious tournament, the 11 players visited the Throne Room in the State apartments and discovered the Palace Tank, and entered the Mirror Gallery for a cocktail. Djokovic presented two balls signed by all the players present for the royal children H.S.H. Crown Prince Jacques and H.S.H. Princess Gabriella. 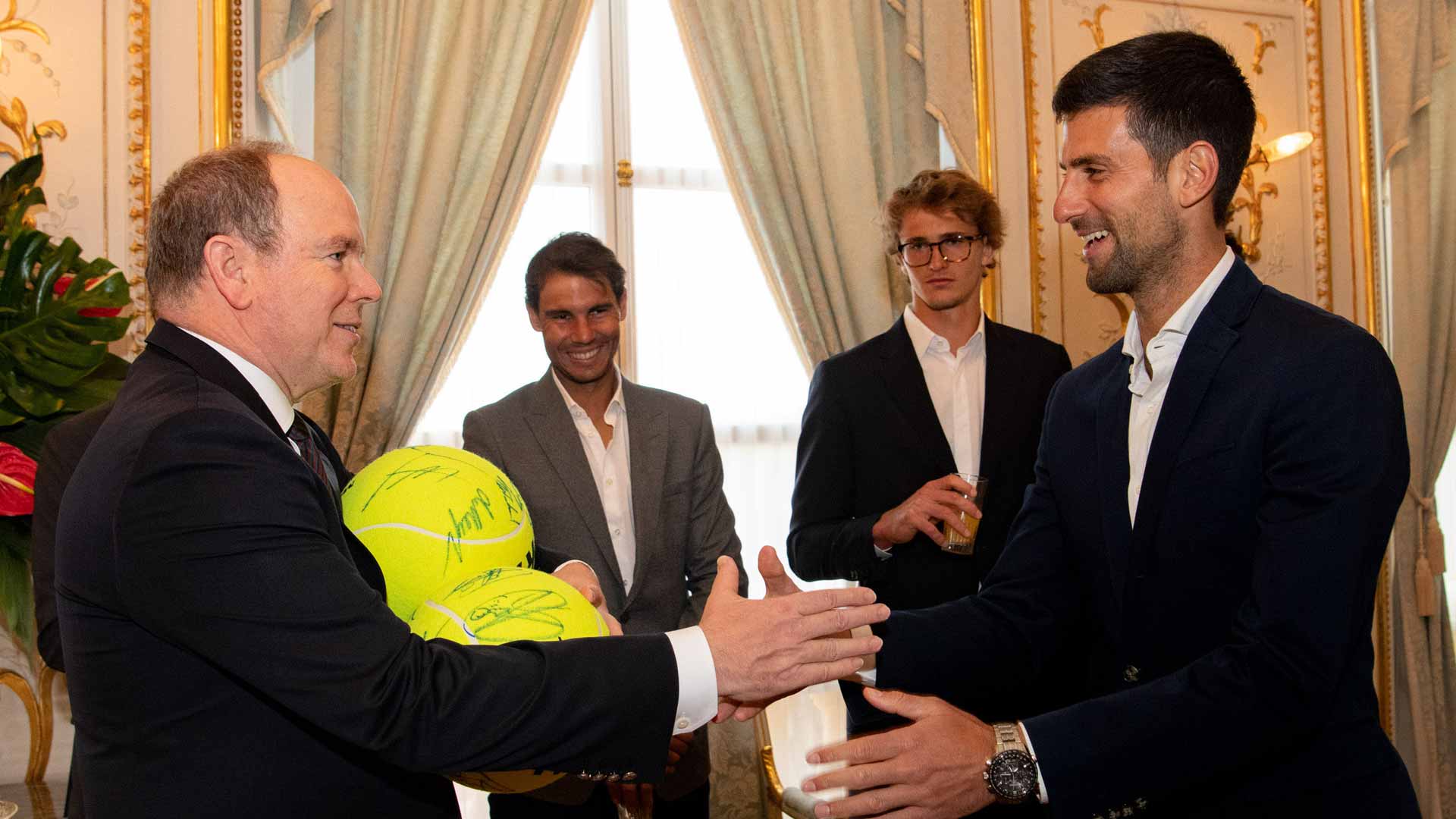 Nadal, who made his tournament debut in 2003, will look to add to his record haul of 11 titles in Monte-Carlo and 33 at ATP Masters 1000 tournaments, while Djokovic, a two-time Monte-Carlo champion, can match the Spaniard’s Masters 1000 titles mark with victory this week in the Principality. Zverev and Indian Wells titlist Thiem are seeded third and fourth, while last year’s runner-up Nishikori returns as the fifth seed.