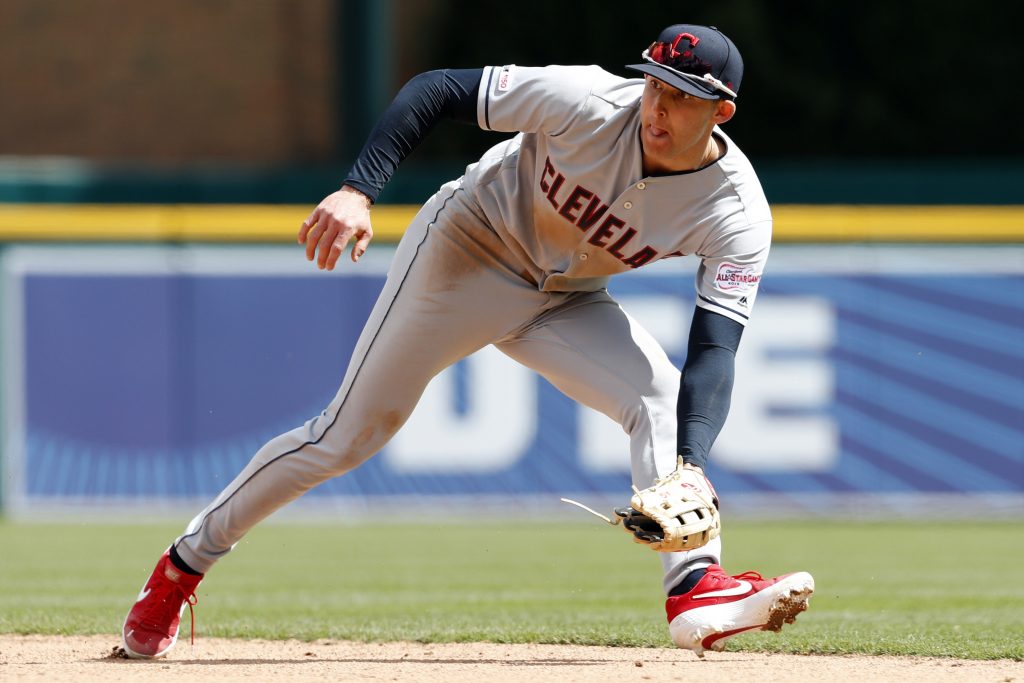 The Indians informed Brad Miller that he has been designated for assignment, per MLB.com’s Mandy Bell (via Twitter). Jason Kipnis returns from the injured list to take Miller’s spot on the roster, adds Paul Hoynes of Cleveland.com (via Twitter).

Miller filled in admirably for the Tribe through the season’s first two weeks, as manager Tito Francona slotted him into the lineup at second base to start 11 of their first 14 games. While his stay in Cleveland was short, he worked a .250/.333/.438 batting line with four extra base hits over that span – perhaps showing enough pop to get another look elsewhere. A significant amount of swing-and-miss remains in Miller’s game, as he struck out at a 27.8 K% clip, not at that far off from his 23.6 career K-rate.

Over a seven-year career with stopovers in Seattle, Tampa Bay and Milwaukee (before Cleveland), Miller owns a .239/.313/.409 slash line with 76 career home runs, which comes to a roughly league-average rate by measure of weighted runs created plus (99 wRC+). That’s essentially the expectation asked of and fulfilled by Miller for the Indians while their regular starting middle infield worked their way back from injury.

Kipnis figures to reclaim regular starting duties at second base so long as he can stay healthy. Kipnis brings his .263/.337/.417 line to a Cleveland lineup that also added veteran Carlos Gonzalez today. On its face, Kipnis doesn’t seem like much of an upgrade from what Miller has provided thus far, but if nothing else, he represents a stabilizing veteran presence as the longest-tenured position player on the Cleveland roster. The 32-year-old Chicago native has been in the organization since they drafted him in the second round of the 2009 draft, while he made his major league debut in 2011.