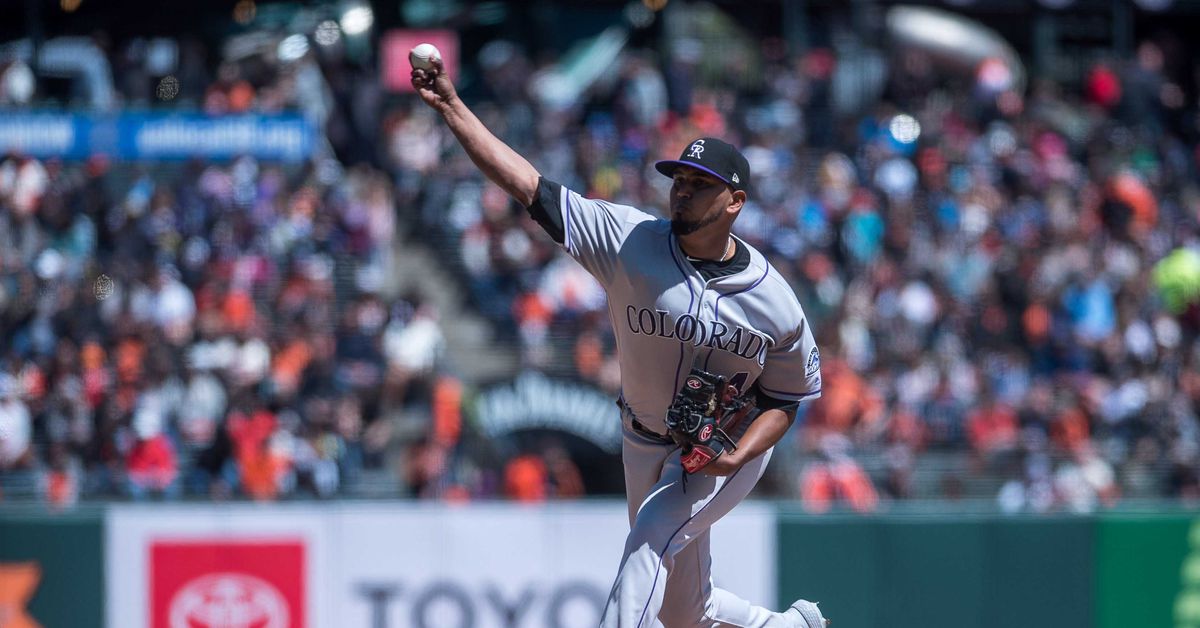 Rockies right-hander German Marquez took a no-hitter into the eighth inning, blanking the Giants 4-0 on Sunday at Oracle Park in San Francisco.

Marquez struck out nine in his masterpiece, needing 105 pitches to complete his gem. A one-out single by Evan Longoria in the eighth inning past a diving Nolan Arenado at third base broke up the no-hitter. It was the only hit allowed by Marquez in the game, pitching the first complete game shutout of the season in MLB.

Marquez retired his first 15 batters faced before hitting Kevin Pillar with a pitch to open the sixth inning. The next seven batters wen’t down without a hitch before Longoria broke up the no-no.

The only no-hitter in Rockies history was pitched by Ubaldo Jimenez against the Braves on Apr. 17, 2010 in Atlanta. Jimenez walked six in his no-hitter, compared to no walks for Marquez in his one-hitter on Sunday.

The shutout from Marquez was just what the doctor ordered for Colorado, who snapped an eight-game losing streak with a win in a series finale against a division rival.

Marquez has been one of the few bright spots for a struggling Rockies team that at 4-12 has the worst record in the National League. The 24-year-old right-hander has pitched at an ace level since the 2018 All-Star break, with a 2.48 ERA and 149 strikeouts in 120 innings (a 32% K rate) in 18 starts.