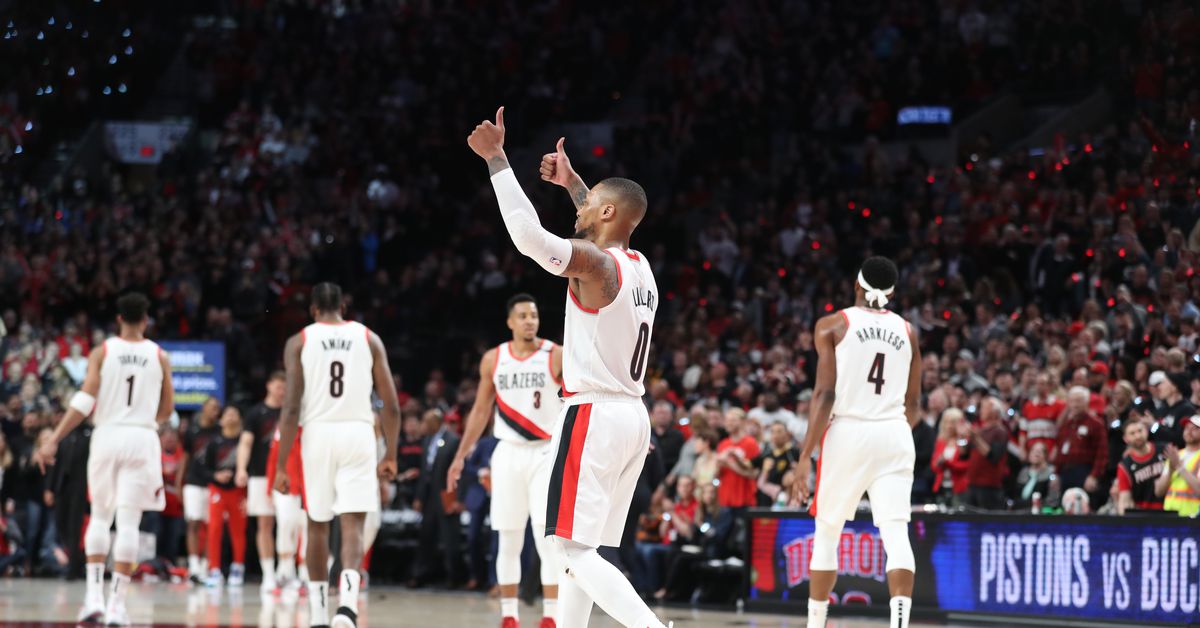 Damian Lillard started and ended the Portland Trail Blazers’ Game 1 matchup with the Oklahoma City Thunder in the same fashion — knocking down extremely deep three-point shots. It was a group effort for Portland to come away with the 104-99 win, but Dame Time stole the show.

Lillard finished the game with 30 points on on 9-of-21 shooting. That includes 5-of-11 shooting from three-point range, but in even greater Lillard fashion, 4-of-4 shooting from 30 feet or deeper. Range doesn’t scare Dame!

This has been a really good Lillard performance against a defense that made it hard on him. Look at where 4 of those 5 3-point makes are. Had to shoot that far out to get looks. pic.twitter.com/EoZDMUlt4A

This is the new NBA. Shots from the interior and from one foot outside the three-point arc are hard to come by. So the game’s best have learned how to launch missiles from another planet. We’ve seen Steph Curry adjust, James Harden make an MVP run off of it, and Lillard is right behind them.

Lillard didn’t waste any time establishing how comfortable he was from anywhere inside the halfcourt line, either. On the literal first play of the game he pulled up uncontested from damn near the logo and drained the opening bucket of the night.

Later in that same quarter, Lillard knocked down his third-straight triple with Paul George trailing on him.

Even deeper into the game, with tired legs and a mere five-point lead, Lillard came through again with a shot off the dribble so deep that George didn’t expect to need to put a hand up. He tried to recover and put pressure on the release, but it was too late.

And then, with the game on the line in the fourth quarter, Dame went peak Dame. In hilariously arrogant fashion, Dame launched from outer space with 12 seconds left on the shot clock, just over two minutes to play, and a one-point lead. His confidence is on another stratosphere.

Only in 2019 does it make sense for a player to go 4-of-4 from extended three-point range, 5-of-17 from everywhere else and still come out with the win as their team’s best player. The NBA reinvents the norm every year, and Lillard is one of the biggest reasons why.