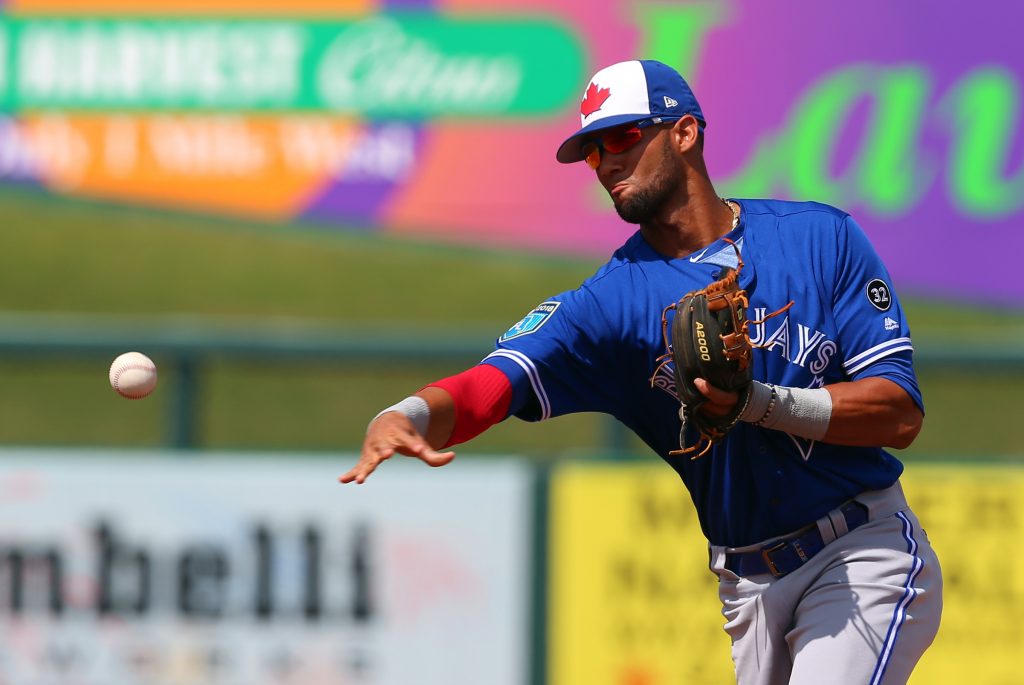 The Blue Jays are sending infielder Lourdes Gurriel Jr. to Triple A, per Scott Mitchell of TSN Sports. Gurriel the younger was removed from today’s game for a “mental break” per manager Charlie Montoyo. The team hopes their young infielder can get back on track with a Triple-A reset, per Mitchell (Twitter links). MLB.com’s Gregor Chisholm tweeted about the possibility of a Gurriel demotion earlier today.

While Gurriel Jr. heads to Buffalo, veteran infielder Eric Sogard is set to join the major league roster. The spectacled Sogard received the bulk of his big league playing time with the A’s from 2010-2015, where he slashed .239/.295/.313 over 1,210 at-bats while playing second, third and short. He spent the last two seasons with the Brewers, hitting .234/.351/.318 across 412 plate appearances.

Gurriel, meanwhile, has flashed moments of athletic playmaking, such as when he stole home off of Chris Sale last week, while also misfiring on a pair of routine throws from second base. An overall rough go of it at the dish (49 wRC+) also likely bolstered the case in favor of demotion. Given the long-term, if reasonable, financial investment the Blue Jays have made to Gurriel, he likely gets ample opportunity to figure it out, though there’s also little reason to rush him back to the majors. Toronto owes the 25-year-old infielder an average of roughly $3.14MM per season until he hits free agency after the 2023 seasons.