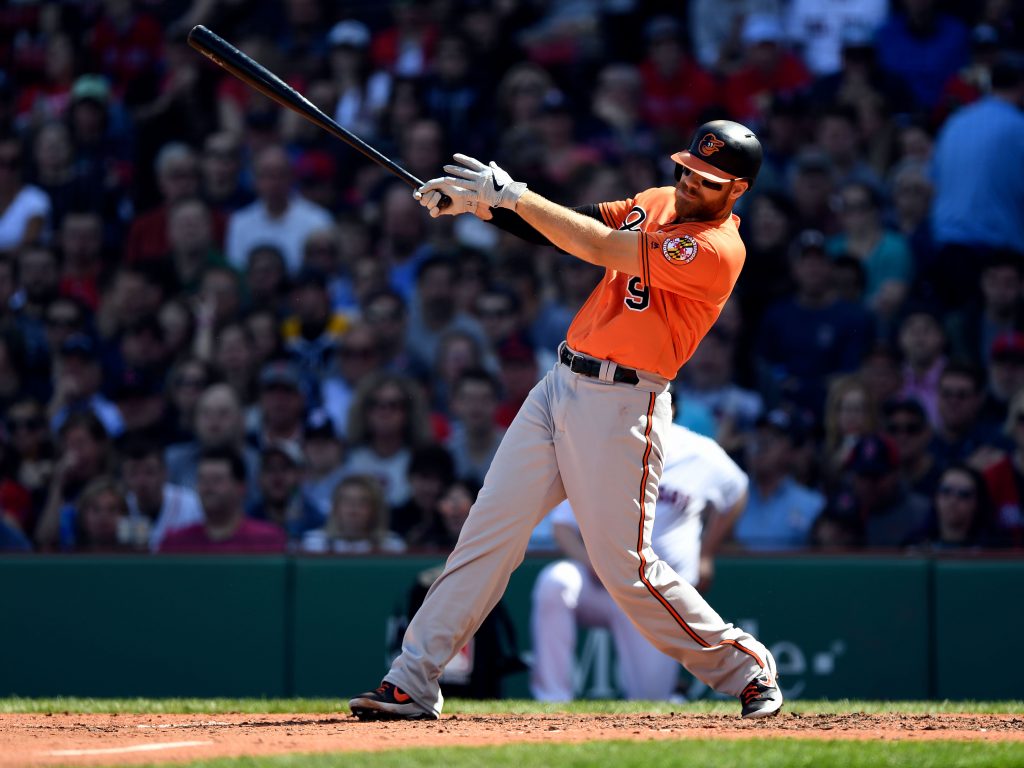 Beleaguered Orioles first baseman Chris Davis entered Saturday without a hit in his previous 54 at-bats, the longest streak in major league history. But the former star’s nightmarish skid ended with a first-inning, two-run single off Boston’s Rick Porcello, giving Davis his first hit since Sept. 18, 2018. Davis later went on to collect two more hits and another pair of runs batted in during what wound up as a 9-5 victory for the Orioles. While Davis was one of Baltimore’s best players Saturday, he has delivered startlingly few valuable performances since 2016, the first season of a seven-year, $161MM contract that now looks like one of the worst investments in baseball history. Once a premier slugger, the 33-year-old Davis has slashed a hideous .198/.294/.388 (83 wRC+) with minus-0.8 fWAR since signing his current deal.

Davis appears to be a sunk cost for the rebuilding Orioles, who owe him roughly $108MM more and will pay him through 2037 because of deferrals, yet there’s no urgency on their part to get rid of him. Rookie general manager Mike Elias told Dan Connolly of The Athletic (subscription required) on Friday that the Orioles are “absolutely” planning to keeping Davis, adding that “he’s on this team and it’s no secret the fact that we have a large and long commitment to him, so our focus is going to be on getting the best performance out of him that we possibly can.” Elias went on to explain to Connolly that the Orioles, with the help of analytics guru Sig Mejdal and hitting coach Don Long, are “just going to do as much as we can incrementally to get him into a better place.”

More from the American League…