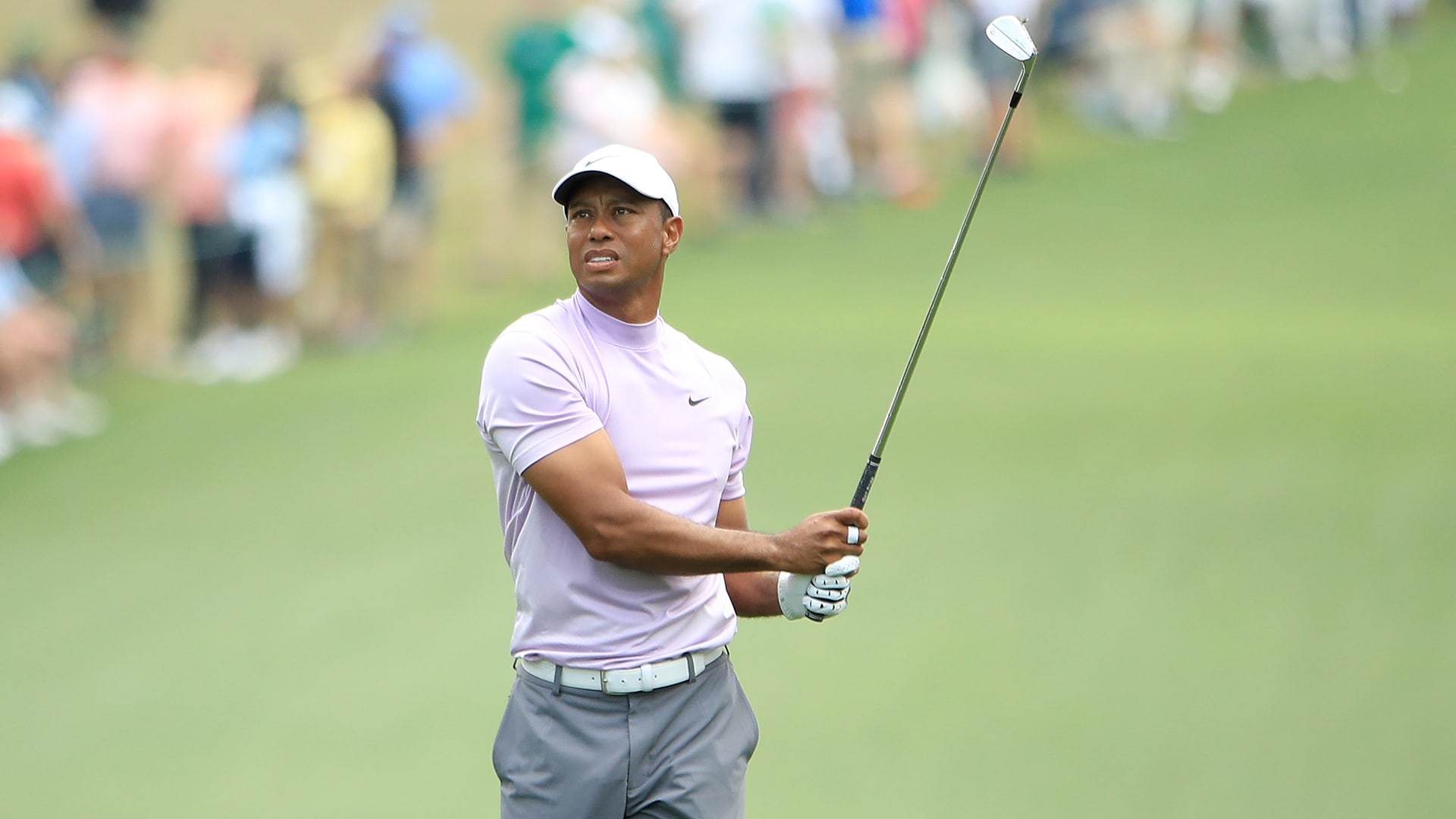 AUGUSTA, Ga. – The traditional Sunday canvas that is Augusta National will be cast with morning shades of gray replacing the normal kaleidoscope of pinks and reds as a result of an unprecedented move to send the remaining field off the first and 10th tees in threesomes in an attempt to avoid an approaching storm front.

At a place where tradition matters above all else, sending players out early in a race against Mother Nature is no small thing. But what promises not to change on Sunday is the frenzied give and take that always seems to make the Masters appointment viewing.

This is what we’ve all waited for since Tiger Woods limped off Torrey Pines at the 2008 U.S. Open, a broken champion but a champion nonetheless. The excitement isn’t media- or fan-driven. It has come straight from Woods’ contemporaries, who have pined for the day when they could go head to head with the greatest player of a generation on a Sunday at a major.

Call it the ultimate case of cause and (Tiger) effect.

While Woods was making history throughout the early 2000s, collecting major championships at an alarming rate, players like Finau watched and learned. They learned how to be better athletes, how to work, how to contend and how to close.

He provided a blueprint that gave way to the highest form of flattery – imitation.

Now that generation gets to put those lessons to the test in the game’s ultimate crucible, on Sunday at Augusta National, regardless of the absurdity of the hour.

There will be some who say the new crop should be careful what they ask for. Ernie Els, Phil Mickelson, David Duval and company can attest to the power of red and black on a Sunday. But this is a different time, a different Tiger.

As impressive as Woods has been this week, with trending rounds of 70-68-67, as propitious as Tiger’s play has been at the last three major stops, the seemingly inhuman player this younger generation watched for so long has very much proven all-too-human in recent years.

There have been injuries, both physical and otherwise, and lost years. If Jack Nicklaus’ record of 18 major championship victories seemed like a foregone conclusion in ’08 at Torrey Pines, it’s faded to a long shot, at best, in recent years.

If those now locked in Woods’ universe needed a model of hope heading into Sunday, they need to look no further than last year’s Open Championship, where the perfectly understated Molinari held off Tiger to lift the claret jug. Or to last year’s PGA Championship, when Brooks Koepka, who will begin Sunday a shot behind Woods and three shots off the lead, never flinched at Bellerive in the face of a closing 64 from Tiger.

For all the talk of Woods’ long competitive shadow over the years and how it impacted those around him, players like Molinari and Koepka appear virtually unfazed in the current moment. The Italian followed his performance at Carnoustie last summer with arguably the most dominant display in Ryder Cup history, going 5-0-0 with three team victories over Woods.

“Even being from Italy, he was a huge [role] model and someone I looked up to,” said Molinari, who remained unflappable on Saturday on his way to a bogey-free 66 and a two-stroke lead. “He’s one of those sporting icons that you don’t need to be American to appreciate what he’s done and what he does, the way he plays.”

If Molinari was shaken by the prospect of a Sunday pairing with Woods, or anything else for that matter, it was impossible to tell. Koepka was equally indifferent to the prospect of facing the player that defined a generation.

Whatever psychological advantage Woods may or may not have, this final round presents the possibility for a seminal moment in his career. Last year’s victory at the Tour Championship was an important breakthrough, but the real goal remains unchanged – winning No. 15.

His runner-up showing at the ’18 PGA Championship was encouraging and his sixth-place finish at The Open infused him with some much-needed confidence, but he began the final round at both events four strokes back. That’s not exactly Position A for an unrivaled frontrunner.

“It’s been a while since I’ve been in contention here. But, then again, the last two majors count for something,” Woods said. “I’ve been in the mix with a chance to win major championships in the last two years, so that helps.”

Sunday’s early start presents a unique opportunity for nearly everyone involved. For those who grew imagining winning putts, often on the iconic 18th green at Augusta National, against Woods, it’s a chance to find out exactly what it’s like to take on Tiger.

“I think a lot of us try to be like him and try to be that way to where nothing on the golf course can scare us and our skills can showcase,” Finau said.

For Woods, it’s a chance at unqualified redemption, from the depths of debilitating injury and doubt.

The timing may be a little off because of the early start, but the theater promises to be no less captivating.