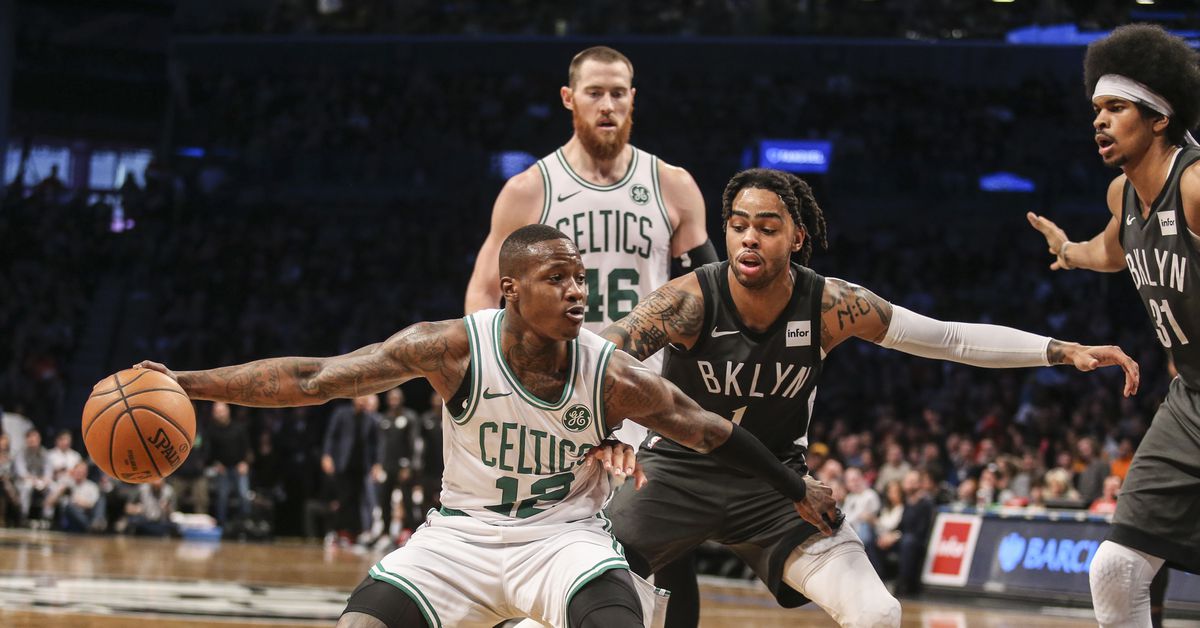 The NBA Playoffs are supposed to be for the superstars. With the lights shining the brightest and the stage elevated, it is where the star players try to cement their legacies as one of the all-time greats.

But the playoffs are a unique beast. The magnified spotlight doesn’t just encompass the stars as their play either goes to another level against the best competition or it withers under the mounting pressure to perform. The playoffs offer that limelight to be shared with role players and lesser known figures with the chance to etch their name into an organization’s annals.

Kelly Olynyk did so two years ago in Game 7 of the Eastern Conference semifinals against the Washington Wizards when he had an out-of-body experience by netting a playoff career-high 26 points. In Game 4 of the 2010 NBA Finals, the “Shrek and Donkey” act of Glen Davis and Nate Robinson rose to the forefront.

In Boston’s last run to a championship in 2008, C’s fans can’t forget one big-time shot from mid-season pick-up P.J. Brown in the final minutes of Game 7 of the Eastern Conference semifinals versus the Cleveland Cavaliers.

At this point, the Celtics know what they’re going to get from Kyrie Irving on the floor and that Al Horford will turn into Playoff Al. Jayson Tatum has become a known quantity as the C’s second-leading scorer this season and it finally seems the team knows exactly what Gordon Hayward will provide with his rise in play over the last month.

But if the Celtics want to make a run to the NBA Finals, it’s going to take much more than the known commodities. Someone will need to come out of nowhere to steal a moment, a game or a series and that is what makes the playoffs so special. There are opportunities for the taking to enter Celtics’ folk lore and here are three X-factors that could make a significant difference in how long this postseason last.

Scary Terry introduced himself in last year’s playoffs, but so far, the 2018-19 season has been a horror show for Rozier. Rozier’s uninspiring play over the course of the regular season has certainly been frustrating after his breakout postseason.

Rozier started all 19 playoff games a year ago, averaging 16.5 points. 5.7 assists and 5.3 rebounds in 36.6 minutes per game. Rozier got a bulk of that playing time due to Irving’s knee injury keeping him out of the playoffs, but the minutes will diminish this time around.

A healthy Irving relegates Rozier to come off the bench – a role he doesn’t seem too fond to serve – but Marcus Smart’s oblique tear opens up an opportunity for Rozier to get an expanded role that before the Smart injury, didn’t seem likely.

With Boston’s now lack of point guard depth (the C’s aren’t really going to turn to Brad Wanamaker, are they?), Rozier has a chance, if he can tap into the version of himself that terrorized opposing defenses in last year’s playoff run, to be a much more valuable asset than he was in the regular season.

Rozier has even more incentive as a soon-to-be restricted free agent and he will have the beneficial matchup of going against an opponent’s second unit. Scoring off the bench would give the C’s a much-needed boost. Rozier said recently he’s looking forward to having fun in the playoffs and hopefully, they’ll be a little scary, too.

Brown is another member of the C’s whose play has waxed and waned. Brown started the first 19 of 20 games before getting benched, passive-aggressively called out Irving and got into it with Marcus Morris during a game in a team huddle.

It looks like Brown has put all that in the past and, unlike Rozier, has made the most of his role of coming off the bench, especially over the last month. Brown has averaged 14.2 points per game since March 1 and like Rozier, enjoyed standout performances in the playoffs a year ago when more was counted on him to perform.

Smart’s injury also affects Brown as it is likely he could jump back into the starting rotation now. Brown was Boston’s second-leading scorer in the postseason last year, averaging 18 points per game. If he can stay aggressive on both ends of the floor, like he was in last year’s playoffs, it could key a deep run.

In his third NBA season, it’s easy to forget that Brown is still just 22-years-old. It also easy to lack patience with him given that his unique and high skill set doesn’t always net the intended results. But if he can continue to trend upward toward his ceiling, he becomes a dangerous weapon at the Celtics’ disposal. This postseason, Brown can show everyone why the Celtics took him with the third overall pick.

It’s already known that Baynes isn’t going to go off in the scoring department, but Baynes doesn’t need to score to have an impact. It’s actually one of the reasons why he is such a good fit for this team: he doesn’t need the ball in his hands.

After missing 31 games due to injury this season, Baynes stabilized the Celtics when Brad Stevens reinserted him into the starting lineup back on March 24 versus the Sacramento Kings.

After the loss to the Kings, the C’s won five of their next six games with Baynes’ defense, rebounding and toughness proving to be a winning factor. He contributed three double-doubles in points and rebounds over that stretch, too, with two of them coming in victories over the Pacers.

Baynes won’t do anything flashy, but his grit is becoming a needed ingredient in the C’s winning potion. And with Smart out (I’m starting to sense a trend here) and incapable of doing the dirty work for the Celtics, it will fall on Baynes to take over his role of making winnings plays that don’t end up in the box score.

A rebound here. A block there. Taking a charge. Baynes can provide all of that, and most importantly, he is willing to do so. It might not be the biggest contribution, but those little things, always seem to change a series, one way or another.