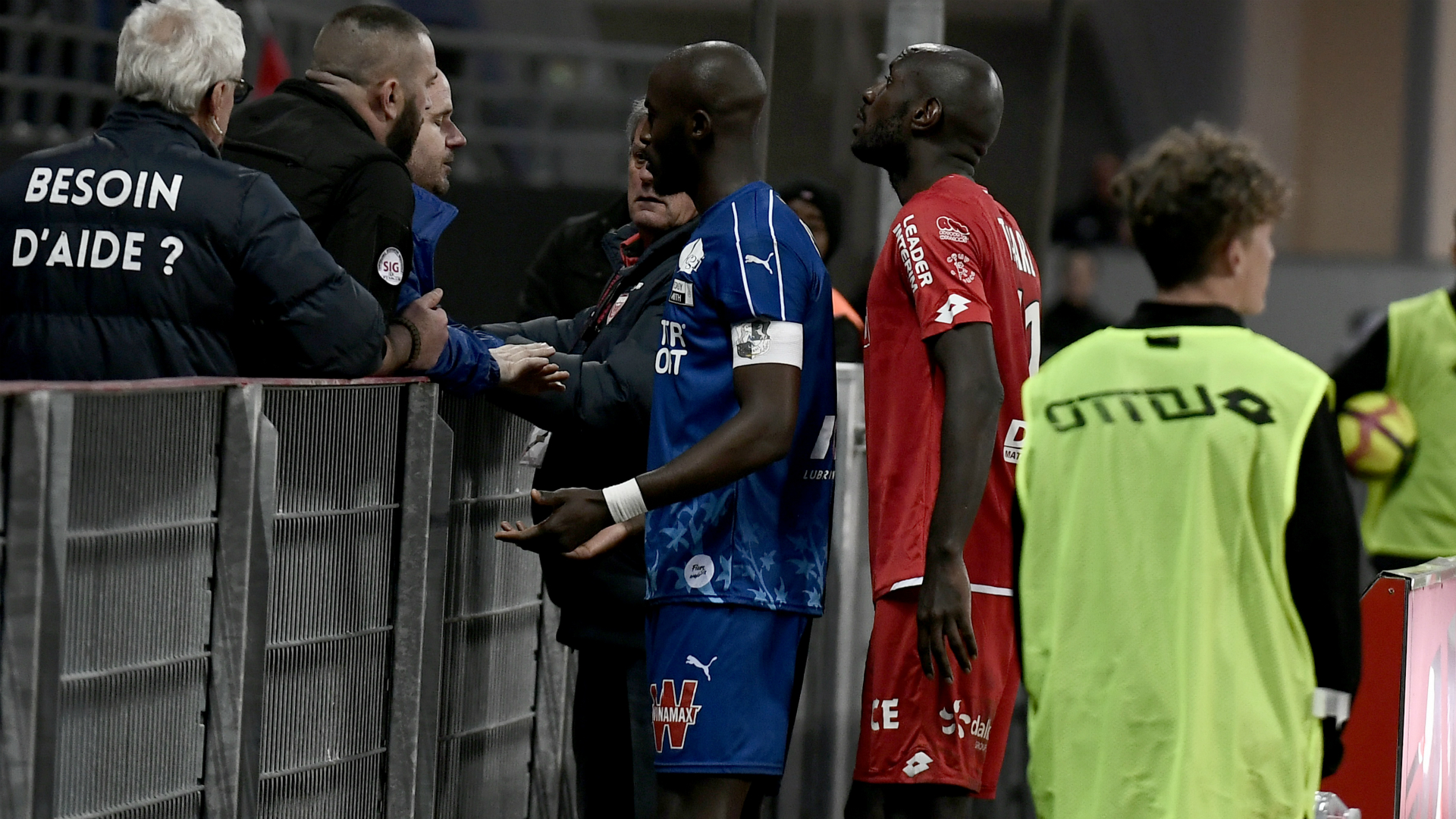 Dijon head coach Antoine Kombouare said the Ligue 1 clash with Amiens would have been called off if there had been a repeat of the racist chanting allegedly directed at visiting defender Prince-Desir Gouano.

Friday’s 0-0 draw at Stade Gaston-Gerard was temporarily halted, after Gouano said he heard offensive comments from the home fans.

Gouano approached the Dijon fans following a corner late in the game, with the Amiens captain describing the incident – which resulted in a four-minute stoppage – as “inadmissible” post-match.

After the Ligue de Football Professionnel (LFP) condemned the alleged racist insults and revealed an arrest had been made, Kombouare reacted angrily to the situation.

“The right answer has been found as this idiot has been arrested,” Kombouare said.

“It’s good. We decided with the referee that if this would have happened once again, we would stop the game for good, no matter the consequences for us. But it’s very serious. That can’t exist, unfortunately it does… And of course, I am very sad for Prince Gouano, the victim.”

Amiens boss Christophe Pelissier added: “We have been very surprised, all of us. Of course, from the bench we have not heard anything.

“Prince told us what happened. These things are unacceptable in 2019 in a stadium. Fortunately, the security crew has done its job, that’s very good news.

“We come in a stadium to have fun and play football, not to hear this kind of things or see these gestures. It’s not only because it was against our captain Prince Gouano, it would have been exactly the same if it was a Dijon player. It’s simply unacceptable.”

Both clubs are in the thick of a relegation battle in France.

The three other clubs firmly locked in the battle for safety all now have a game in hand as well, with bottom side Guingamp just two points back of Dijon and nine back of Amiens.