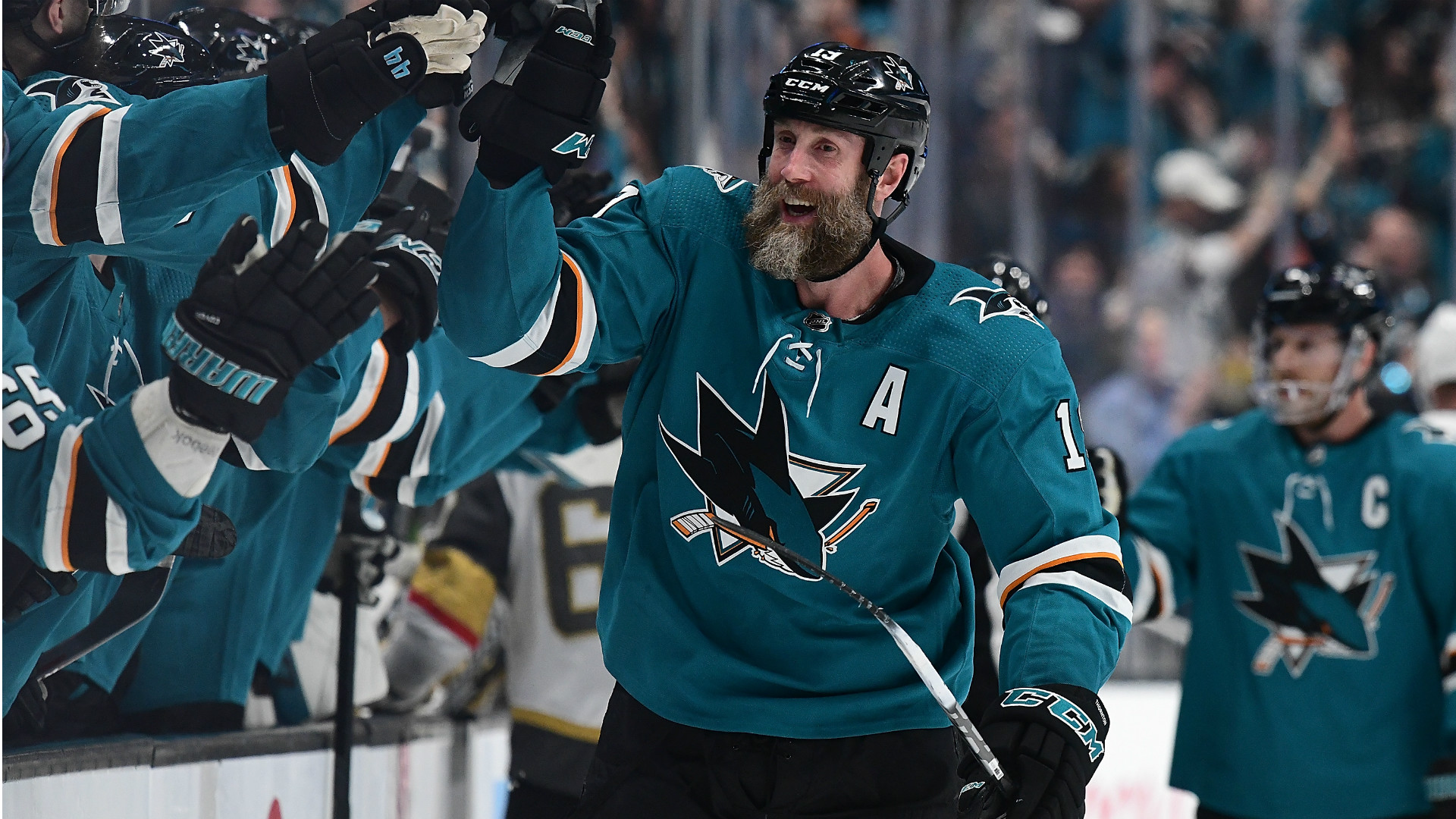 Thornton, 39, entered the contest with 27 goals in 161 playoff games, so the London, Ont., native wasn’t exactly a prime candidate to add to his total; however, with goals flowing freely between both teams, Thornton got in on the action to close a wild first period as the Sharks nullified Vegas’ early 3-0 lead with three straight goals of their own.

After Evander Kane beat Vegas’ Max Pacioretty to the puck and worked his way into the offensive zone, Kane found Brenden Dillon with a pass. Dillon immediately dished the puck off to Thornton, who redirected it past Marc-Andre Fleury to tie the game 3-3.

The @SanJoseSharks are the first team in #StanleyCup Playoffs history to tie a game in the first period after falling behind 3-0. #NHLStats pic.twitter.com/ZW4YWVYGRk

The goal, Thornton’s first in a postseason game since May 12, 2016, came with less than a minute left in the opening frame.

Known primarily as a provider rather than a goal scorer, Thornton has 97 career playoff assists to go with his 28 postseason goals. In the regular season, the big center has amassed 1,478 points (413 goals, 1,065 assists) over a 21-year career.