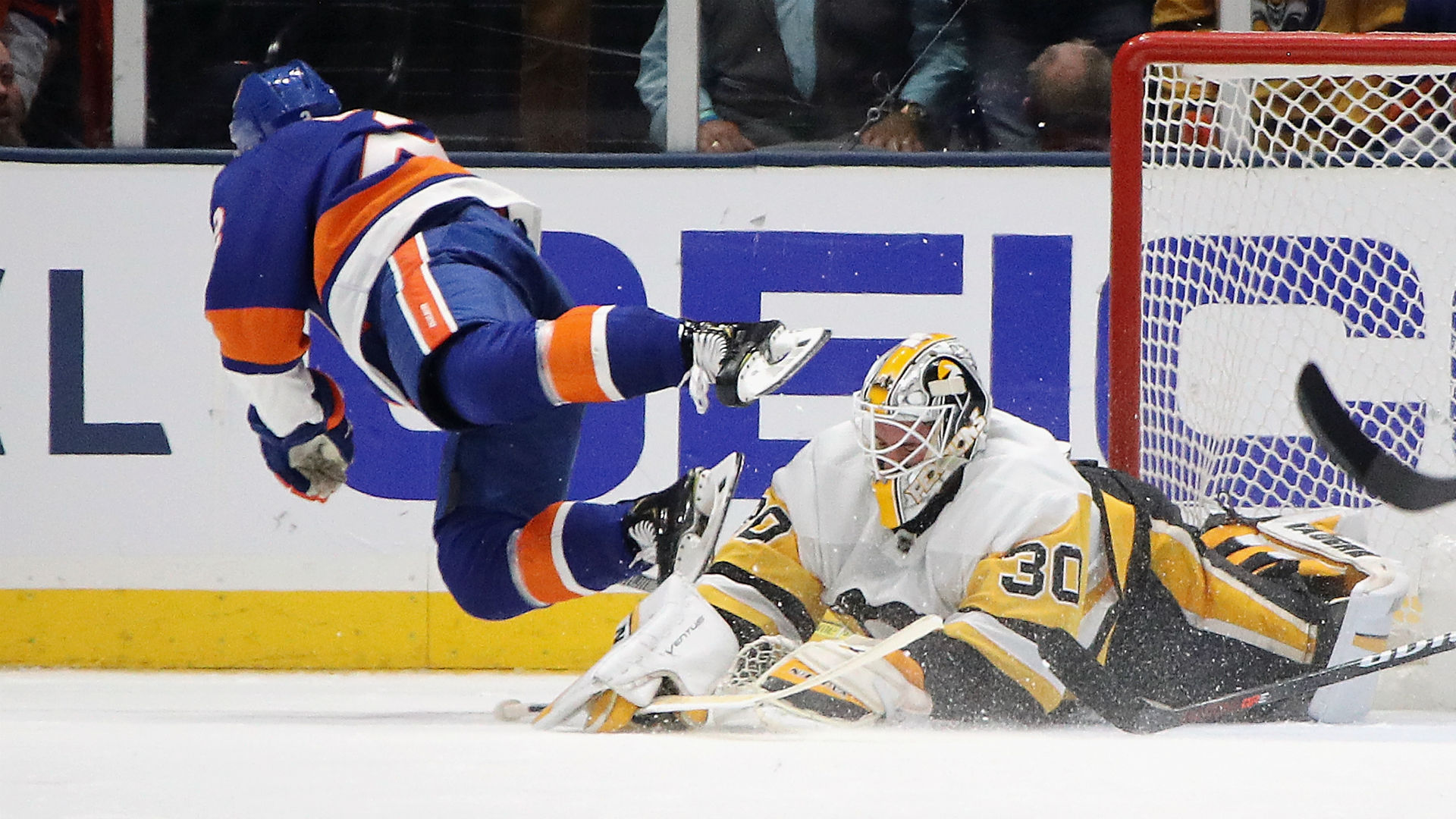 Mother’s Day may still be a month away, but the bond between Pittsburgh Penguins goaltender Matt Murray and his mom was on full display Friday.

Murray backstopped the Penguins in Game 2 of their first-round Stanley Cup playoff series against the New York Islanders, making 31 saves on 34 shots. Perhaps the most impressive of Murray’s saves was one that occurred midway through the second period, with the game 0-0.

When Islanders forward Matt Martin suddenly found himself alone with the puck just a few feet from the Pittsburgh net, Murray had to react quickly to prevent New York from taking the lead. The 24-year-old netminder instinctively sprawled to his left to make a fantastic save, preserving the deadlock for a few more minutes.

The save drew an audible gasp from the Nassau Coliseum crowd, with no one in the building more astounded by the play than Murray’s own mother, Fenny Seinen, who was caught on camera reacting as only a hockey mom could.

Murray’s save gave the Penguins the opportunity to grab the lead, which they did less than two minutes later through Erik Gudbranson.

Unfortunately for the Penguins, Murray’s heroics couldn’t last forever and the Islanders scored three unanswered goals to claim a 3-1 victory on the night and a 2-0 series lead.