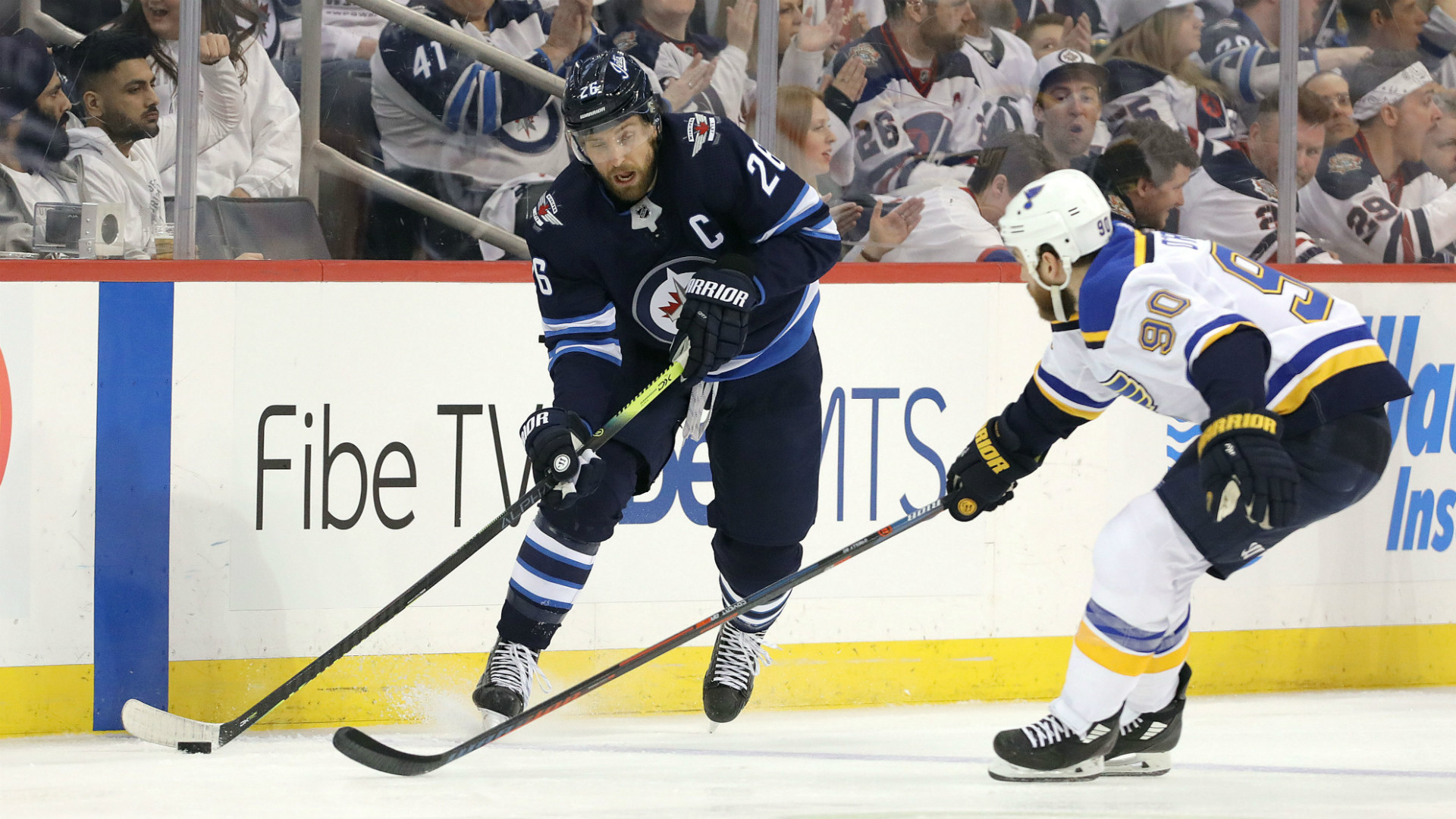 The Jets’ captain hadn’t scored since March 14, but on Friday night Wheeler finally got himself back on the scoresheet with Winnipeg’s opening goal in a 4-3 Game 2 loss to the St. Louis Blues. It was also Wheeler’s first point of the playoffs; the 32-year-old had no goals or assists in 17:03 of ice time in Game 1, a 2-1 St. Louis victory on Wednesday.

Wheeler went 13 games (12 regular-season, one playoff) without scoring, an uncharacteristic dry spell for a player who has reached the 20-goal plateau in six consecutive seasons (seven total). Unfortunately for the Jets, Wheeler’s return to goal-scoring form wasn’t enough to overcome a Blues team that took a 2-0 first-round series lead with the victory.