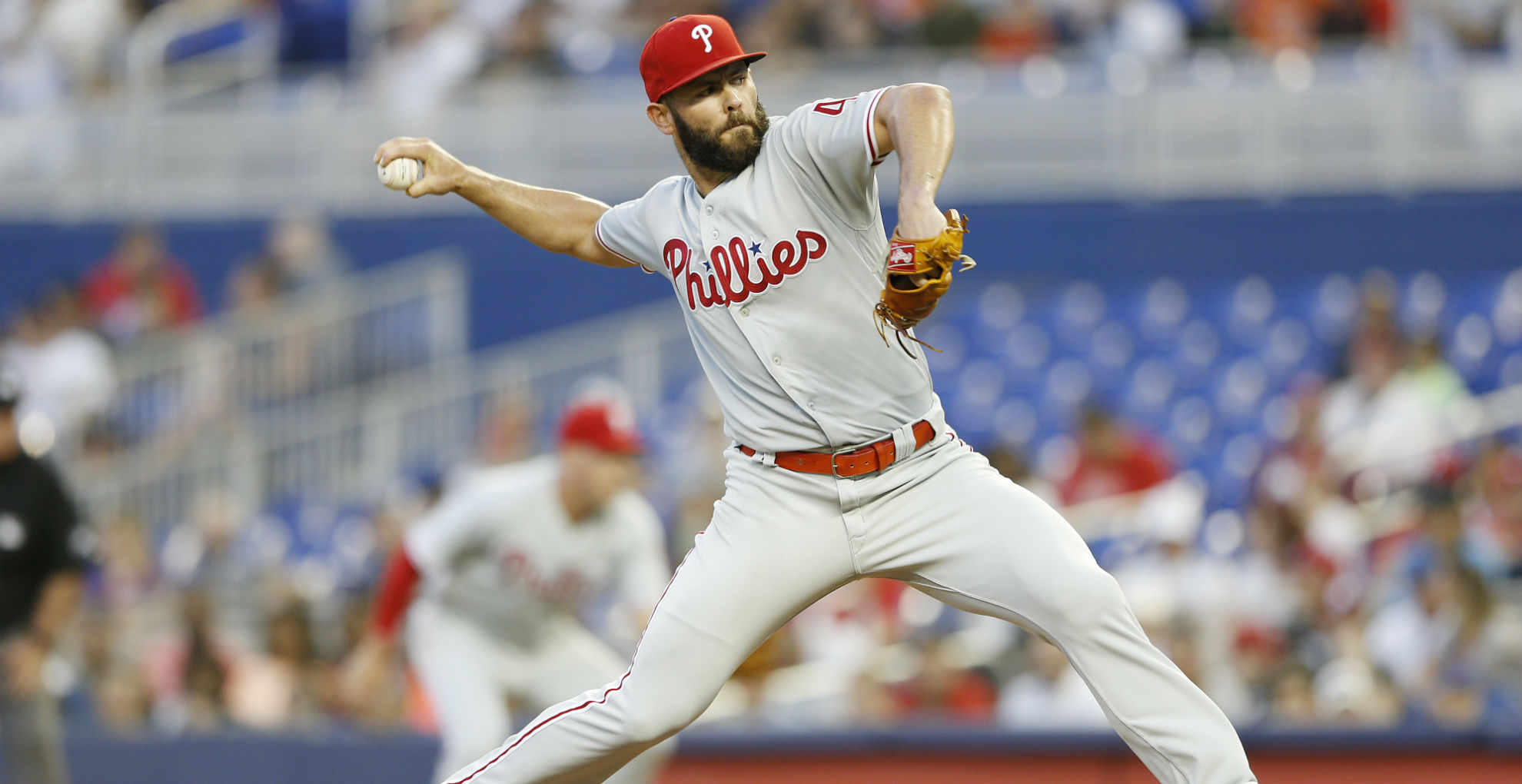 Jake Arrieta reached a pretty big milestone in his career in Philadelphia’s 9-1 win over Miami on Friday.

The Phillies’ pitcher recorded his 100th win in his team’s crushing victory at Marlins Park.

Arrieta, 33, gave up just one run in seven innings pitched. He has the 22nd most wins among active pitchers.

Philadelphia outhit Miami 14-5, and its offensive performance was highlighted by an Andrew McCutchen three-run homer. He went 3 for 4 in the game.

The Phillies now sit at 8-4 and are just behind the Mets in the National League East standings. The Marlins have lost five straight.

Willson Contreras managed to go 3 for 4 with two solo home runs to help the Cubs beat the Angels 5-1.

Adam Eaton went 0 for 5 as the Nationals fell to the Pirates 6-3.

Jackie Bradley Jr. robbed Baltimore of a homer in the Red Sox’s 6-4 win.

Congrats Eloy Jiménez on a monster of a hit for your first major league home run! #WhiteSox pic.twitter.com/SmGFU6kmv2

White Sox (4-8) at Yankees (5-8) 1:05 p.m. ET — New York has battled multiple injuries and struggled because of it. Chicago showed some life and snapped a five-game losing streak on Friday. The Yankees have high expectations this year, so they’ll need to bounce back in a big way to take control of this series.