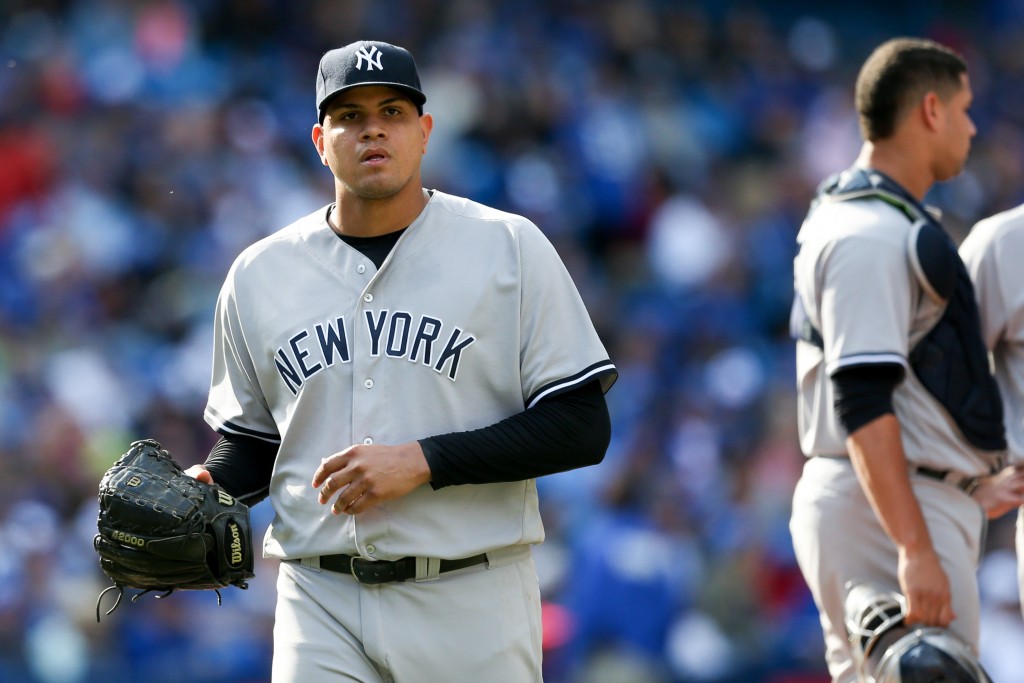 Yankees reliever Dellin Betances is dealing with a bone spur in his right shoulder, GM Brian Cashman announced tonight to reporters including Kristie Ackert of the New York Daily News (via Twitter). He’ll need further treatment and rest, pushing back his anticipated timeline to return to the active roster.

The best guess at present is that Betances will need at least three weeks of rest. If things go well from that point, he could be ready for the big leagues in approximately six or seven weeks. While the news isn’t as bad as it could’ve been, the Yanks were surely hoping that Betances would be nearing a return at this point rather than re-starting the process.

While the Yanks can’t hope for Betances to re-join the pen until June, they’ll still have ample time to evaluate their roster needs in advance of the trade deadline. In the meantime, they’ll simply have to go without a pitcher who has been among the game’s most consistently dominant relievers for some time now. Fortunately, this ballclub carries a stacked relief unit with or without Betances.

Thus far, the Yankees’ season has been marred completely by a barrage of injuries. It’s not particularly surprising to see a few hurlers dealing with issues, and nobody is shocked to find Troy Tulowitzki and Jacoby Ellsbury on the shelf. But the Yankees’ injured list now borders on the absurd, with a run of incredibly talented players on the shelf — many with uncertain timelines for a return.

It’s never good to see players out of action, but the situation creates an undeniably fascinating dynamic. With the Red Sox limping out of the gates and the Rays starting hot, it now seems to be a true three-way race — with all the competitors also readying to jockey for position against other possible Wild Card clubs. We’re barely two weeks into the season, but the American League already looks quite a bit less top heavy than it appeared on paper.