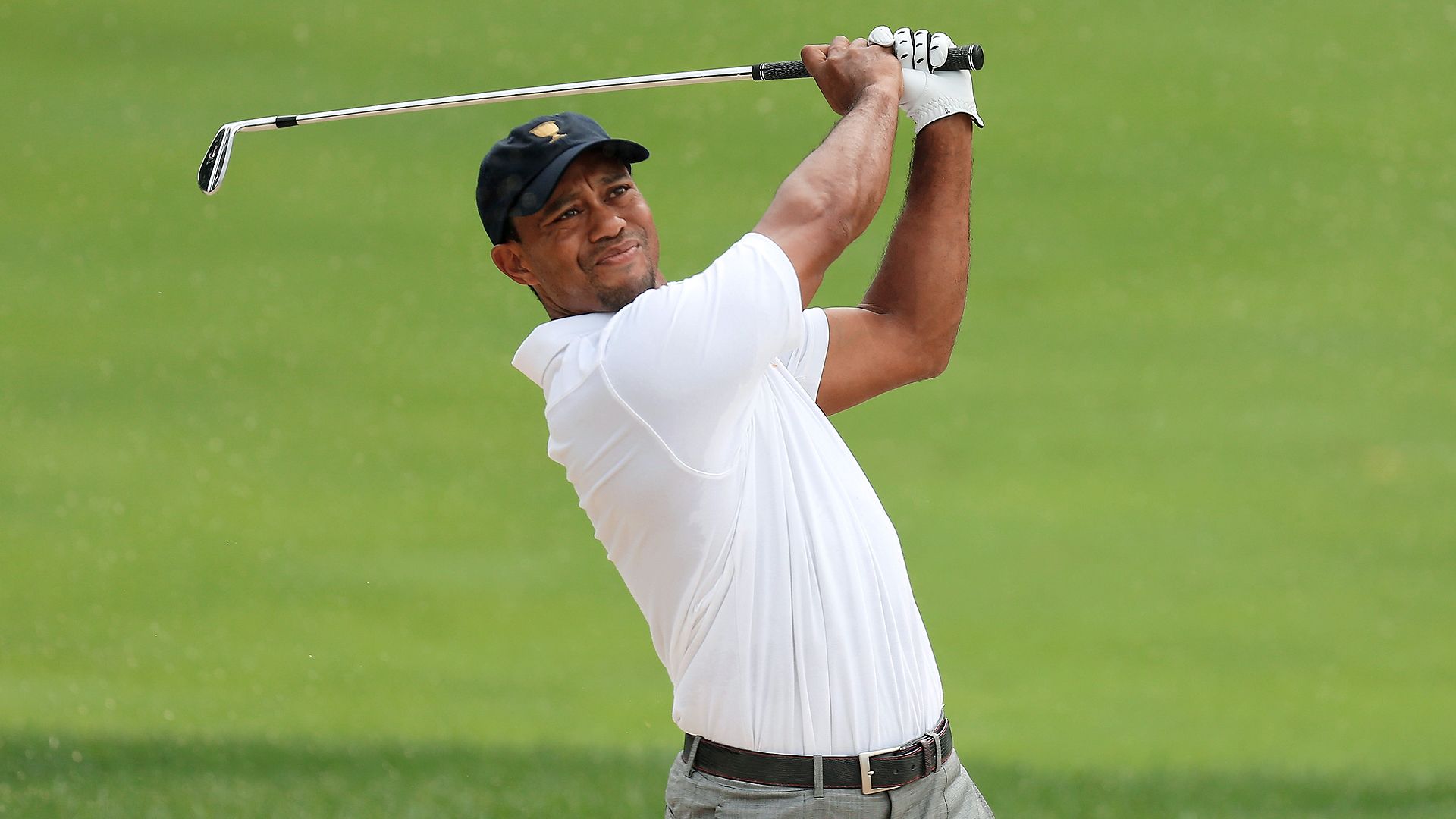 AUGUSTA, Ga. — The sliding, perhaps overzealous security guard meant well, but for a few fleeting, scary moments on Friday afternoon, the scene appeared ominous for Tiger Woods, who was clipped in the right knee and was left hobbling to the 14th green at Augusta National.

That he would go on to birdie the hole was but one aspect of a wild second round at the Masters.

Woods overcame the injury scare, a balky putter — at least on the short ones — a weather delay and the pressure that comes with contending in a major championship to shoot a 4-under-par 68 and put himself firmly in the hunt for a fifth green jacket.

The 14-time major winner is just a shot behind the all-star cast of Francesco Molinari, Jason Day, Brooks Koepka, Adam Scott and Louis Oosthuizen — all major winners — heading into the weekend.

“I feel like I played my own way back into the tournament,” said Woods, who followed his opening 70 to finish at 138, 6 under par, and a share of sixth place. “I was just very patient today, felt very good to be out there doing what I was doing. This is now three straight majors that I’ve been in the mix, and so it’s good stuff.”

Woods finished tied for sixth at The Open, where Molinari won, and was second at the PGA Championship, where Koepka won his third major. And now 36 holes into his 22nd Masters appearance, he has given himself another opportunity here, where his 36-hole score matches the fourth best of his Masters career.

For the first time since the 2012 PGA Championship, Woods, 43, has opened a major with consecutive rounds under par.

But Friday was far from a breeze. In fact, a different Woods might have lost his patience and cool, given the opportunities he let pass.

But he missed a 5-footer for par at the fifth; three-putted the eighth to bogey a par-5; had it to 5 feet after an excellent approach at the par-3 12th and failed to convert. After a nice two-putt for par at the 16th, Woods had an 8-footer for birdie at the 17th and a 14-footer at the 18th, both of which did not drop.

“I missed a few putts out there, but I’m not too bummed out about it because I hit them on my lines,” he said. “So I can live with that. I can live with days when I’m hitting putts on my line and they just don’t go in, that’s the way it goes.

“But I also made some distance putts there at 9, 14, 15. They were nice to make, and if I keep hitting the putts on my line, they will start dropping.”

Woods found just seven fairways but hit 16 greens in regulation and needed 30 putts. He is tied for fifth in greens in regulation for the tournament, having hit 75 percent, always an important stat for Woods. He has never been worse than second in that category in his four Masters victories.

They are followed by Woods, Dustin Johnson, Justin Harding and Xander Schauffele at 6 under. Woods will play with Ian Poulter in the third round. They tee off Saturday at 2:05 p.m. ET.

“This is really stacked,” Scott said. “I think it’s going to be an incredible weekend no matter what happens now. There are so many great players in with a chance. It really is an exciting leaderboard, fun to be a part of.”

Woods’ birdie at the 11th — the only one there all day — seemed to spark him, as he then hit his tee shot stiff at the 12th, only to have the horn blow stopping play due to a dangerous weather situation.

After a 30-minute delay, Woods came out and missed the 5-footer.

“I was a little bit stiff when I came back out and started swinging again, but I was able to ratchet up the speed for 13 to just sort of go after it,” he said. “And I did turn the corner (with his tee shot), which was great and had 6 iron in there and didn’t make birdie there, left it short. That’s the way it goes.”

The good news for Woods is none of the negatives seemed to bother him. Not the short misses. Not the weather delay. Not the sliding security guard. Not the one-shot deficit.

But in order to overtake the firepower at the top of the leaderboard, Woods will need to convert some of those putts — he missed five inside of 10 feet. And clean up his play on the par-5s, which have seen him make just three birdies and a bogey and go 2 under on them through two rounds. Day, for example, has made seven birdies on the eight par-5s.

When the third round begins, Woods will be chasing five players who have combined for seven major titles — or half of his total of 14.