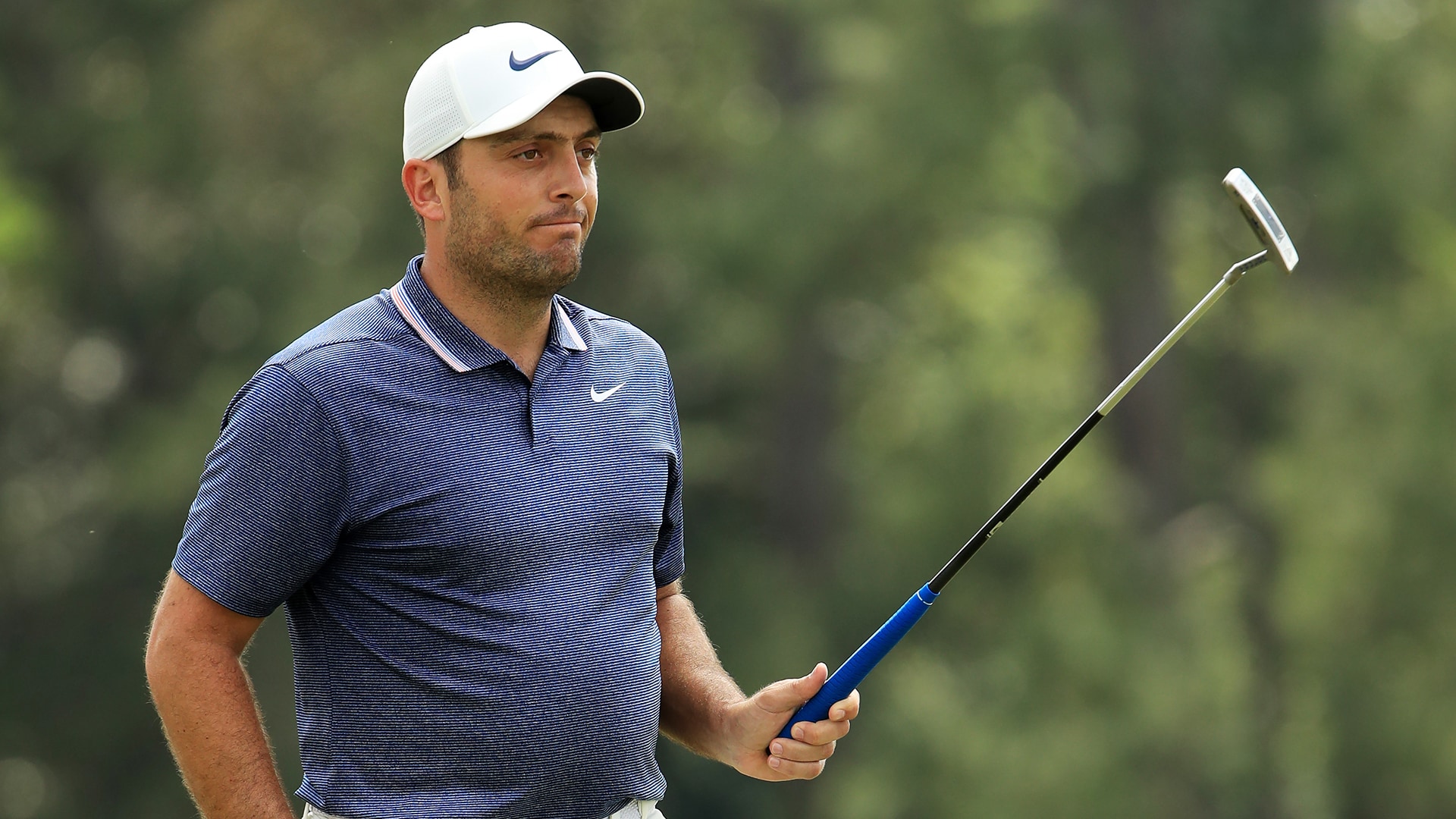 AUGUSTA, Ga. – Francesco Molinari is ranked seventh in the world, is a four-time winner in the past 11 months, is the reigning champion golfer of the year, is tied for the 36-hole lead at the Masters … and is somehow still overlooked.

“There’s obviously loads of great players in golf right now,” he said Friday at Augusta National after putting the finishing touches on a 5-under 67 to tie for the lead with four others. “I think I’m getting the attention that I deserve, and it’s not something that I seek or that I want desperately.

“I’m happy to go about my business and keep playing good golf. That’s what I’m trying to focus on.”

Molinari’s first trip to Augusta National came in 2006, when he caddied for his older brother, Edoardo. The reigning U.S. Amateur champion was paired with Tiger Woods for the first two rounds and shot 80-77 and missed the cut.

Francesco admitted Friday that he didn’t learn much from the trip because “we were going sideways most of the time.” But even at that time, Francesco thought it’d be great if he one day became good enough to play in the Masters himself.

Fast forward to this year, and Francesco is playing in his eighth Masters, even though he hasn’t had much success to this point. Now he’s in high company, tied for the lead with Jason Day, Brooks Koepka, Adam Scott and Louis Oosthuizen.

Molinari produced a bogey-free round Friday, highlighted by five birdies.

“What I’ve learned from the last 12 months is that that’s all I can control and that’s all I can do when I’m out there, keep doing what I’m doing and keep making every process that I have even tighter and better,” he said. “Just do that and see if anything can beat me on the course.”

At some point, people will be forced to notice.