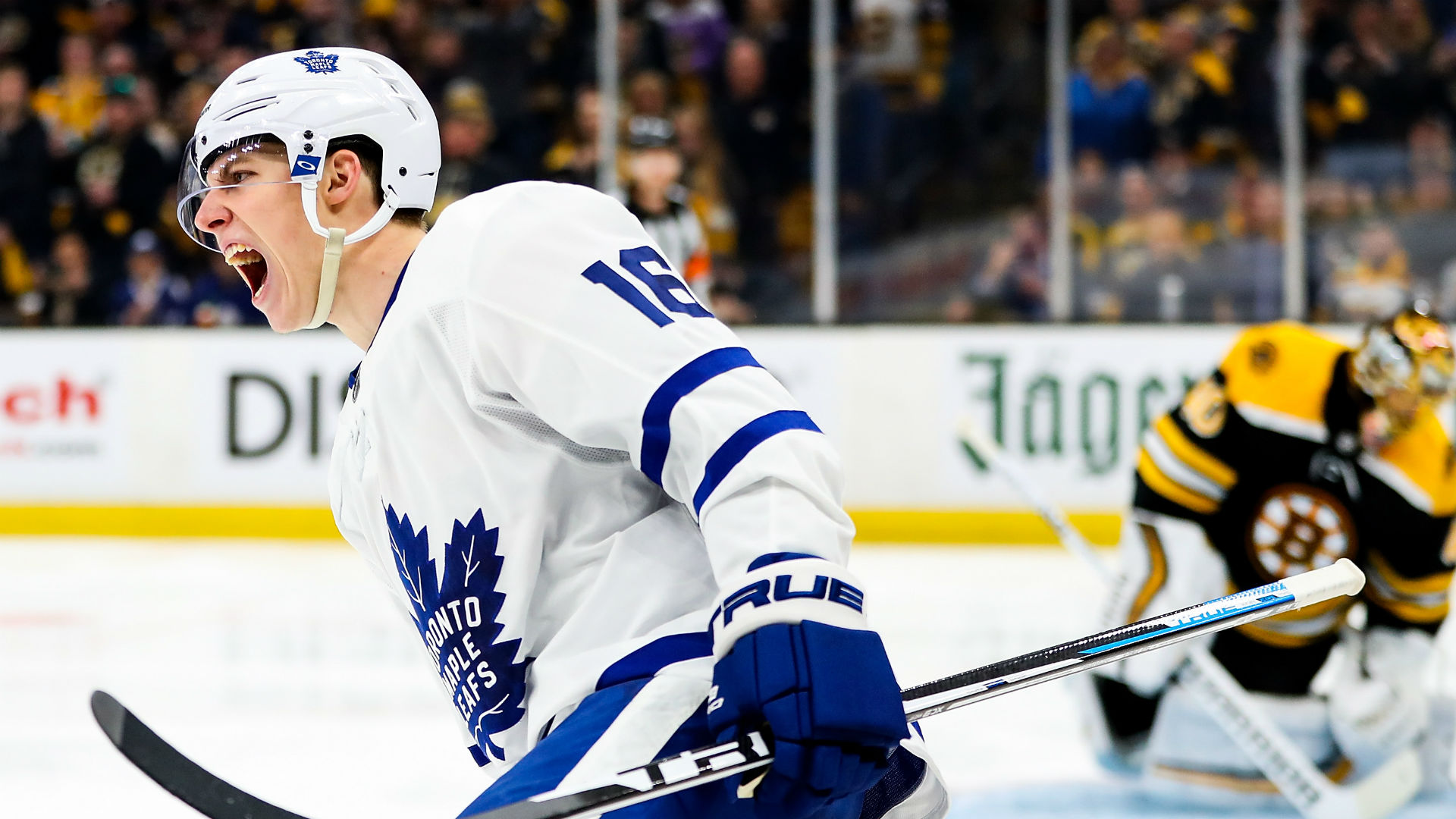 Over the course of the 82-game regular season, the Toronto Maple Leafs had five shorthanded goals. In Game 1 of the 2019 NHL Stanley Cup playoffs Thursday, they got one against the Boston Bruins.

Just 31 seconds into a Bruins power play, Jake DeBrusk couldn’t handle the puck at the Leafs’ blue line. Mitchell Marner gathered it and broke out all alone. DeBrusk backchecked and knocked out Marner’s right skate, resulting in the third-year forward being awarded a penalty shot.

Marner, who had never faced Boston netminder Tuukka Rask in even a shootout attempt, easily scored. It was Marner’s second goal of the night.

“A little bit of both,” said Marner, when asked if he went into the penalty shot with a gameplan or if it was instinct. “I kind of had an idea of what I wanted to do. At the last second, I kind of switched it up, seeing where he was and seeing his position. From then on, I was lucky enough I got him and put it in.”

Marner netted his first career shorthanded goal during the regular season against the Vegas Golden Knights.

MORE:  Maple Leafs only looking forward in rematch with Bruins: ‘We are a different team’ than 2018

He joins Maple Leafs legend Mats Sundin as the only players to score on a penalty shot in the postseason. Sundin scored his goal in Game 4 of the 1999 Eastern Conference finals against fellow Hall of Famer Dominik Hasek; it was his first of two goals in a Leafs win.

The Bruins had the third-best power play during the regular season but were tied with the Pittsburgh Penguins for the most shorthanded goals against (15).