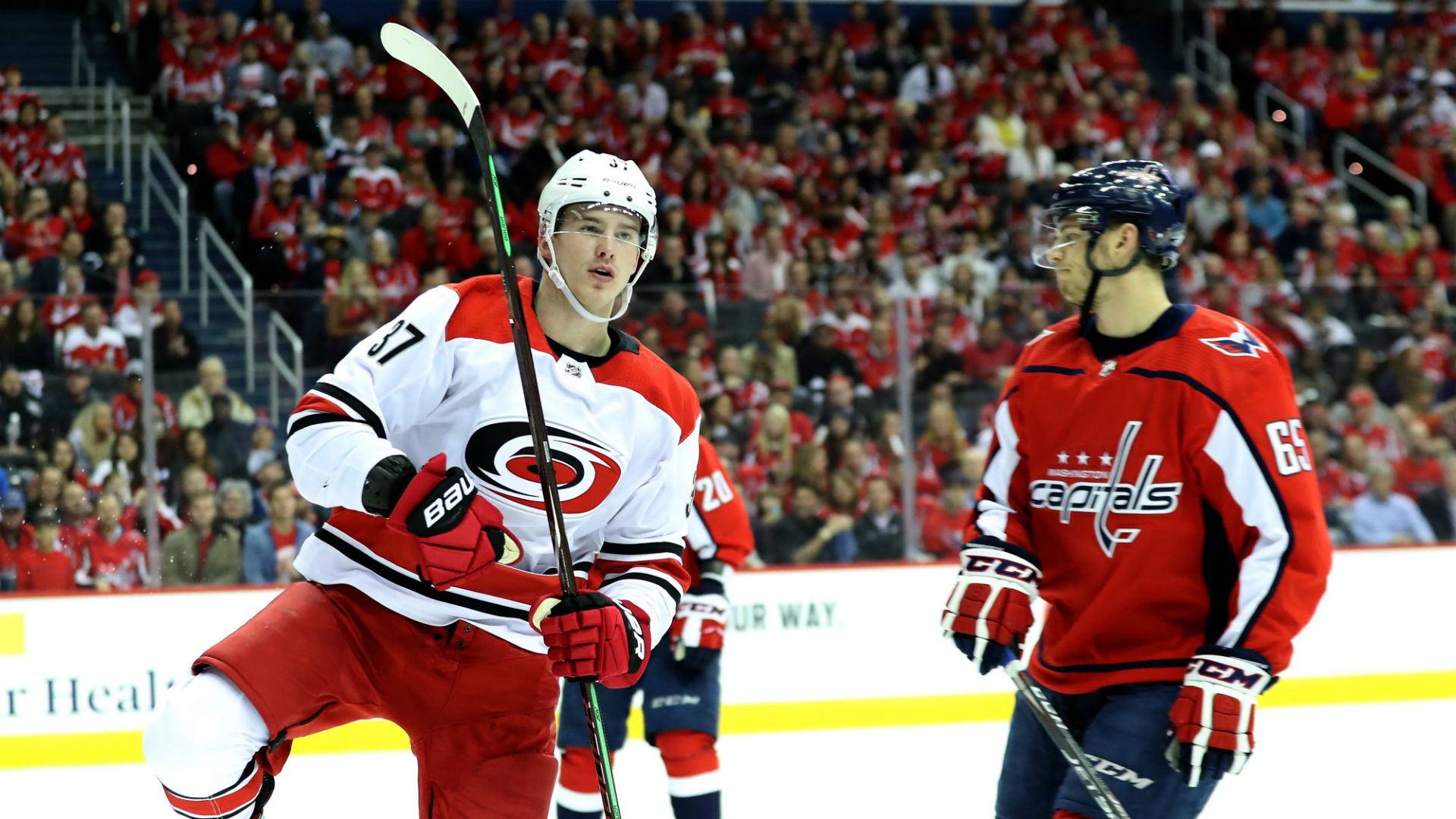 Most 19-year-old’s do not score two goals in their Stanley Cup playoffs debut. Then again, most teenagers are not Andrei Svechnikov.

The second-overall pick from the 2018 NHL Entry Draft made his presence felt on Thursday, netting two goals in a memorable third period. Svechnikov’s first score came as he drove around Capitals’ defenseman John Carlson and flicked the puck past Braden Holtby to get Carolina on the board.

Just over two minutes later, Svechnikov was back at it; receiving a dazzling feed from Lucas Wallmark and netting a one-timer from the circle past Holtby. Svechnikov became the youngest player since the Philadelphia Flyers’ Dainius Zubrus in 1997 to notch two goals in a postseason game.

The goal cut the Canes’ deficit to 3-2 but was not enough to dig Carolina out of the early hole. Washington was powered by two first-period goals from Nicklas Backstrom and a historic marker from NHL goals leader, Alex Ovechkin.