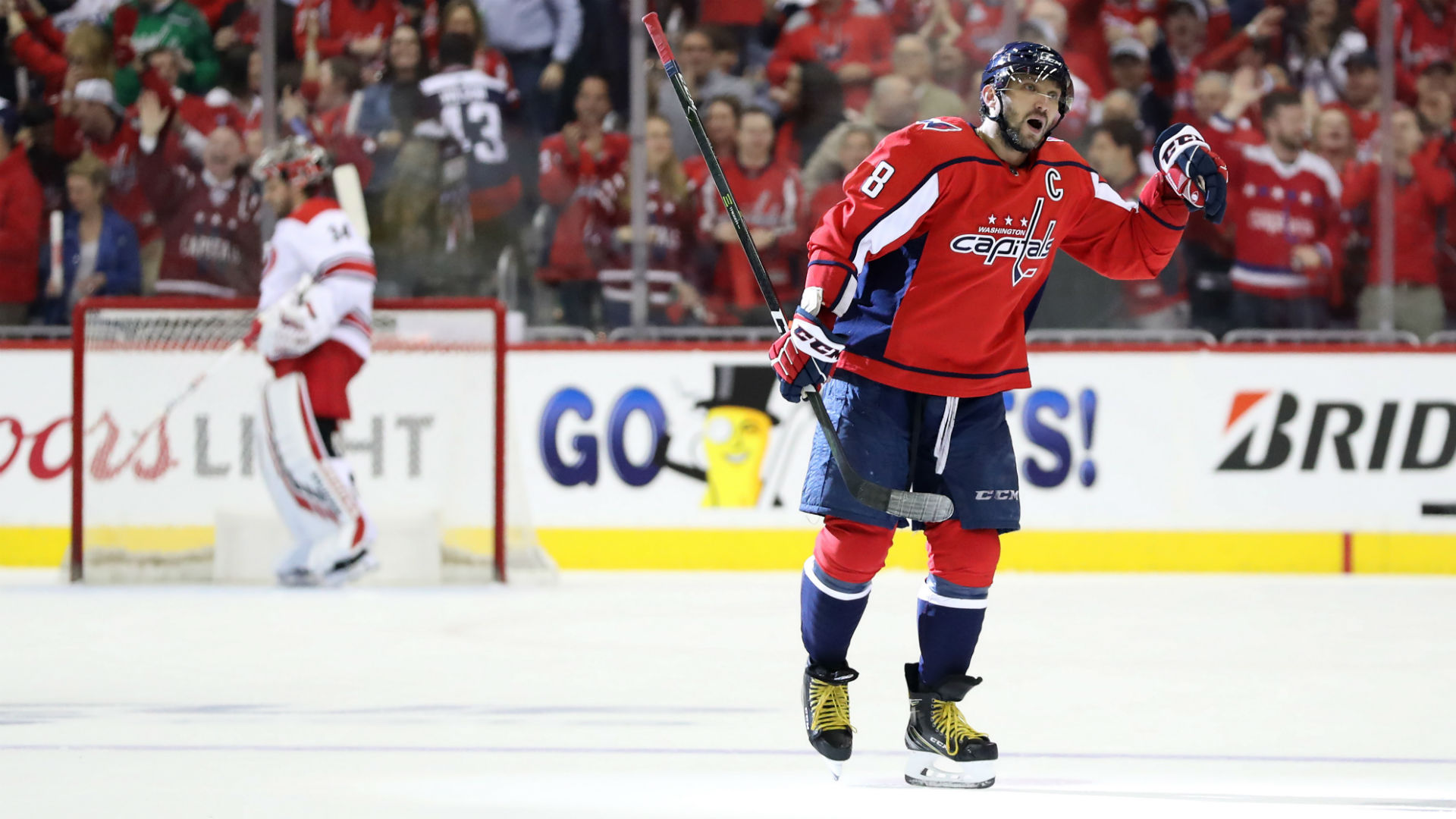 Is it any surprise that the NHL’s 2018-19 regular-season goals leader has already scored his first postseason marker?

The goal was Ovechkin’s 62nd career playoff score, tying him for 27th all-time with Hall of Famer Bobby Hull, per NHL Public Relations. His next goal will tie him with the Penguins’ Evgeni Malkin, as long as he does not score in Pittsburgh’s game on Friday.

In 24 postseason contests last season, Ovechkin led all players with 15 goals, passing John Druce for the most playoff goals in a season single in Capitals history.

Washington held on for a 4-2 win over the Canes and will go for a 2-0 series lead when the series resumes Saturday afternoon.