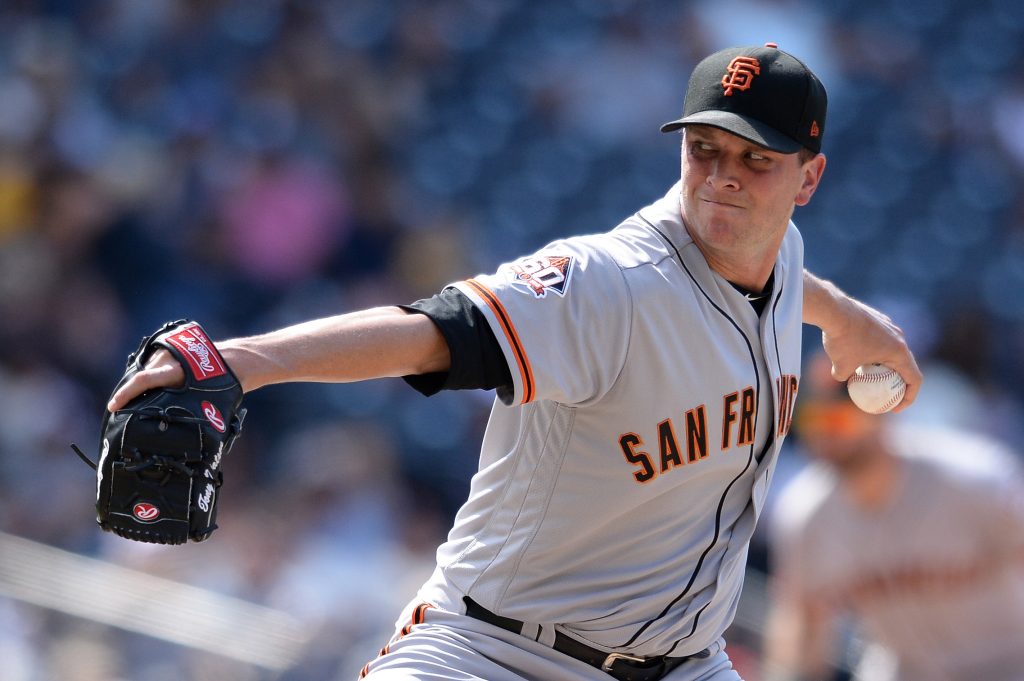 Giants reliever Tony Watson triggered many of the available escalators in his contract last year, MLBTR’s Steve Adams reports (Twitter link), allowing him to add $3MM in earnings to what had been a $3.5MM guaranteed salary for the 2019 season. In addition to his now-$6.5MM salary this year, the southpaw can also trigger quite a few incentives by continuing to rack up appearances.

Watson and his reps were forced to get creative when his market didn’t quite develop as hoped last winter. He ended up joining the San Francisco organization in late February. The contract softened the luxury-tax hit for the club with a lower-than-anticipated annual guarantee, but also came with upside for the player.

The deal promised Watson $9MM, a figure that covered two full seasons as well as a $2.5MM player option for the 2020 campaign. That option still protects his downside in the event of an injury or performance slide. Watson will surely hope his market value well outstrips it come this fall; in that case, he’ll instead take a $500K buyout.

On the incentive side, the contract was known to have included $2.5MM in games-finished bonuses. That was never particularly likely to come into play and indeed has not. As Adams explains, though, it also included provisions allowing for substantial earnings for being called upon to pitch.

Add it all up, and Watson’s 2019 incentive package maxes out at $4MM — meaning he could end the present season with $10.5MM in total compensation. And it’s all quite achievable so long as he stays healthy.

These contract details are obviously relevant for player and team, but they’re also notable from the perspective of potential trade suitors. There’ll be a fair bit of salary to account for if Watson is dealt this summer. It’s certainly not hard to imagine a scenario where Watson does indeed end up on the block this July. He’s a 2.66 ERA hurler through 523 2/3 MLB innings and hasn’t finished a complete season with an ERA north of 3.38 with the exception of his debut campaign.

Last year, Watson rung up more than a batter per inning via strikeout while walking less than two per nine. That enabled him to carry a shiny 2.59 ERA over 66 frames and represented a reversal of some worrying peripheral trends from the prior two seasons. In the early going in 2019, the 33-year-old has shown a velocity decline (over two ticks below his career average) and managed only a single strikeout in 4 2/3 outings. But he’s also generating swinging strikes at a whopping 19.3% rate. He also hasn’t handed out a walk and has permitted just one earned run.