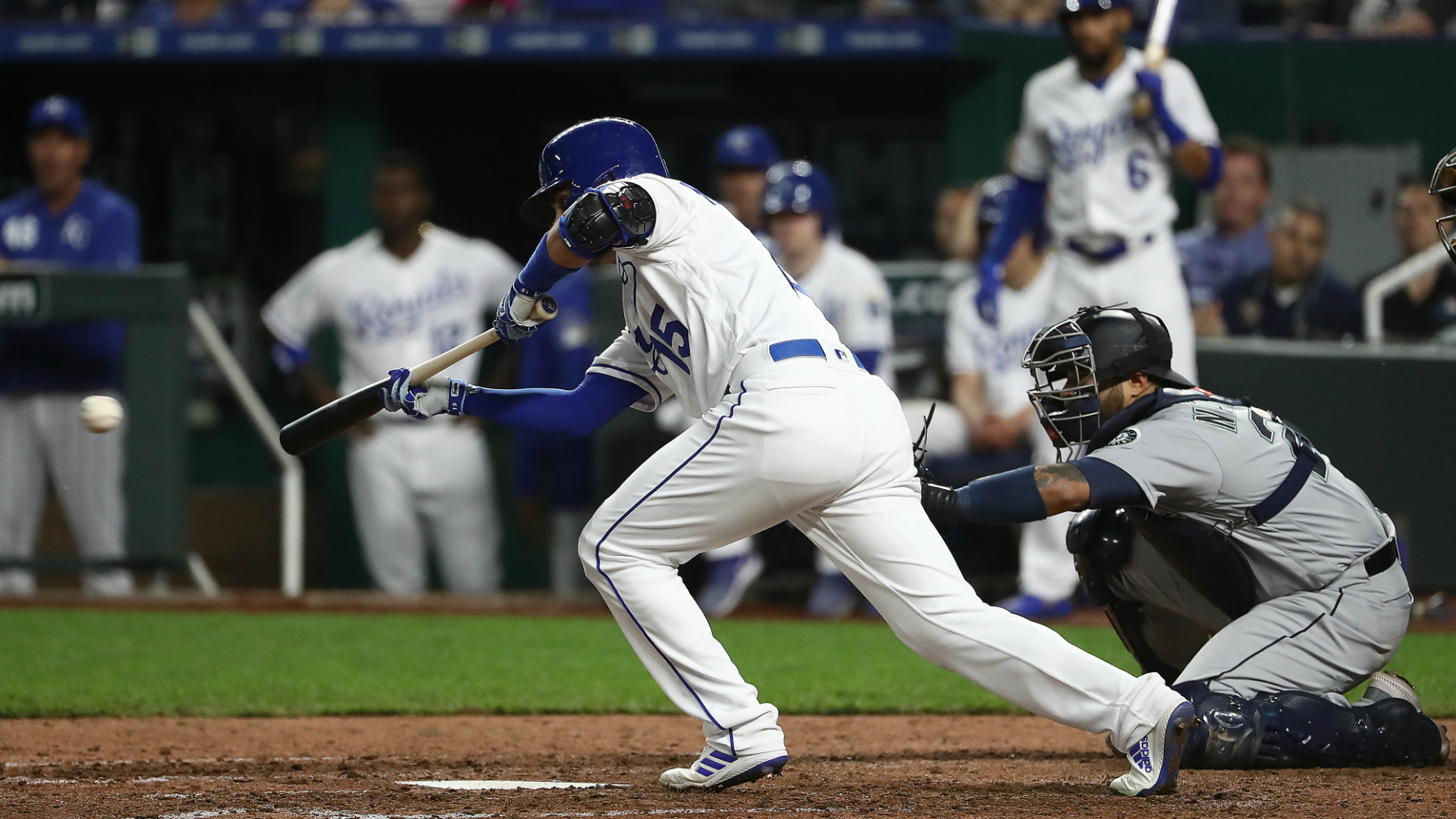 After not playing a full MLB season until age 28, Merrifield has become a standout on an otherwise bleak Kansas City team. He has consistently reached base (.378 OBP prior to Wednesday) and led the league in stolen bases the past two campaigns.

This past offseason, he was rewarded with a contract extension.

Merrifield’s record-breaking moment Wednesday night served as his best moment to date with the franchise.

Brett issued two messages to Merrifield — one prerecorded from a TV studio and one from his home.

After completing their series against the Mariners on Thursday, Merrifield and the Royals will face the Indians this weekend. Cleveland features one of the best rotations in baseball and could offer a strong challenge to the 30-year-old’s streak.