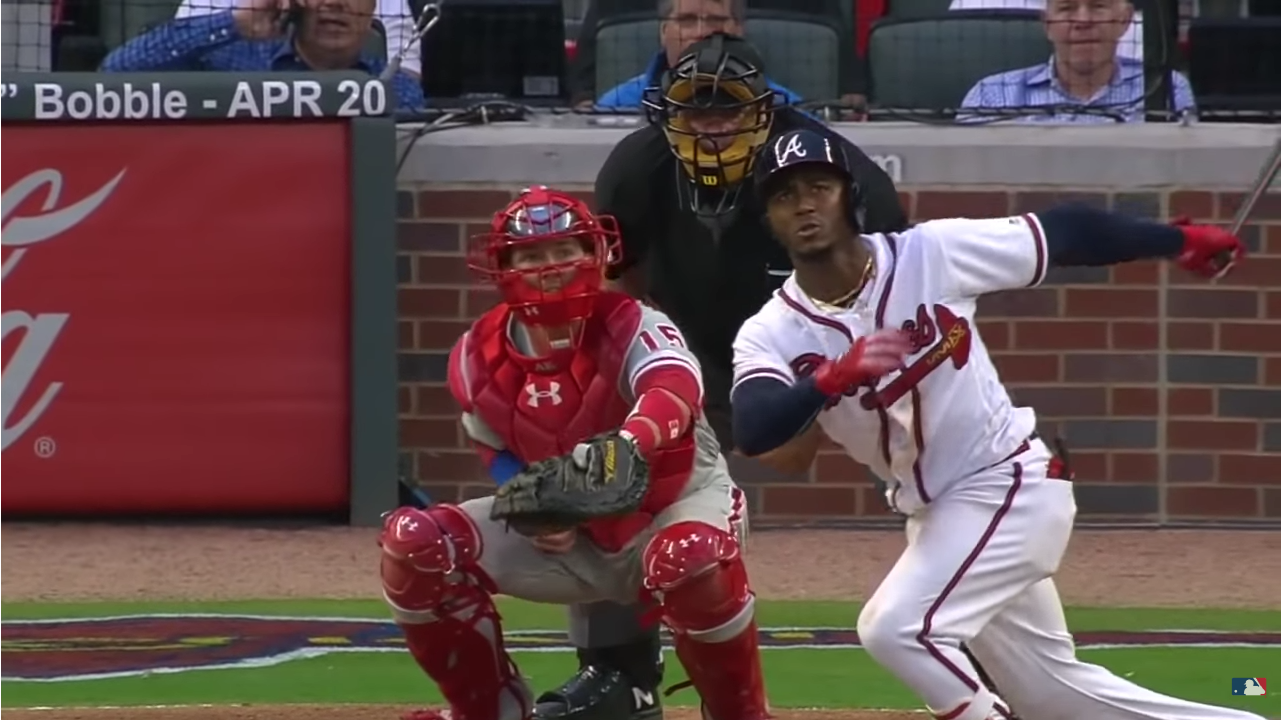 The Atlanta Braves locked up another one of their key foundational pieces on Thursday, signing Ozzie Albies to a seven-year contract extension worth $35 million. Also included, since the Atlanta Braves felt like they didn’t get quite enough value in this deal somehow, are two team options at $7 million a year with a $4 million buyout, taking the total possible contract term up to nine years and $45 million.

The Evan Longoria long-term contract was probably the gold standard in team value when it came to these sorts of deals, but this one eclipses it. For those who don’t remember, Longoria signed an extension early in his rookie season for six years and $17.6 million, with three team option years. While the guaranteed dollars are a little lower, the team options were more generous at $7.5 million, $11 million, and $11.5 million. Here, the Braves buy out as many as four of Albies’ free agent years for less money than he’d likely be paid in a single year of free agency. In addition, Longoria had yet to succeed in the majors while Albies already had a full star-level season under his belt.

Quite frankly, this is a bit shocking. There’s risk aversion for a player, and then there’s risk aversion. Obviously, Albies wouldn’t get a contract equivalent to what he would get in free agency under any circumstances with a year of service time, but when I think of a risk-benefit tradeoff that isn’t horrific for a player, I think Blake Snell’s contract is a better representation of a team-friendly deal that doesn’t cross the line into, let’s be honest, exploitation. For those who didn’t read my piece on the Snell signing because you wanted to make me sad, ZiPS estimated that year-to-year, Snell was giving up $23 million on average to have a guaranteed $50 million in his pocket.

ZiPS is a fan of Ozzie Albies’ future, a weird quirk of the system in that it finds young, phenomenally talented infielders with a star season in the books to be totally awesome. All told, among the game’s hitters, ZiPS projects Albies with the fourth-most WAR remaining in his career, behind only Mike Trout, Juan Soto, and Francisco Lindor. If you’re wondering where Ronald Acuña is, he’s all the way down at…fifth.

ZiPS expects that, going year-by-year, Albies could be expected to make $282 million through the theoretical ninth and final season of his contract extension. In other words, ZiPS is estimating that Albies, in return for this contract, is giving up more than $200 million on average. But let’s say that ZiPS is being way too kind on Albies and is overrating him by two WAR a year. That knocks a shocking 18 WAR off his projections for the next nine years, in which case, ZiPS projects him to make a mere $153 million going year-to-year. So even in the case that ZiPS is horribly overrating Albies, he’s still likely to be underpaid by at least $100 million for his contributions to the Braves. And remember, this is relative to what he would expect to get under the current collective bargaining agreement, not some fanciful world in which he could otherwise just become a free agent right now.

(One side note since somebody will notice, reducing his projected WAR by 18 doesn’t have the exact same linear value as WAR in his real projection does because the better a player is, the lower a percentage of their expected free agent value they get in arbitration).

If I made a deal like this when I was a kid, and had offered my friend Alan a candy bar for his Super Nintendo (he had one a few months before I did, the jerk), you can bet my mom would have marched right down to Alan’s house and made me undo that particular transaction.

Ozzie Albies is, of course, an adult and I highly value the right of two consenting adults entering into freely negotiated contracts with each other. But I can sure as sugar express that I think he got an absolutely rotten deal here!

For the Atlanta Braves, the value of this trade is obvious. They get a star player for the entire length of his twenties for next to nothing, at least in baseball terms. Already having signed Ronald Acuña to a team-friendly deal — but at least, not as team-friendly a deal — the team has no excuse now to not open their pocketbooks for big free agents in coming seasons, something they really should have done beyond Josh Donaldson this winter.

This is not a contract that players should forget at the bargaining table. With higher minimum salaries for young players and earlier arbitration, players would have more leverage in negotiations and we’d likely see fairer terms for players in their prime as a result. If nothing else, it’s a sign that to keep salaries growing in baseball, players will need to fight for the Ozzie Albieses of the league, and advocate for a system that doesn’t require salary growth to be tied to teams signing 34-year-olds to crazy contracts like it’s 1986.