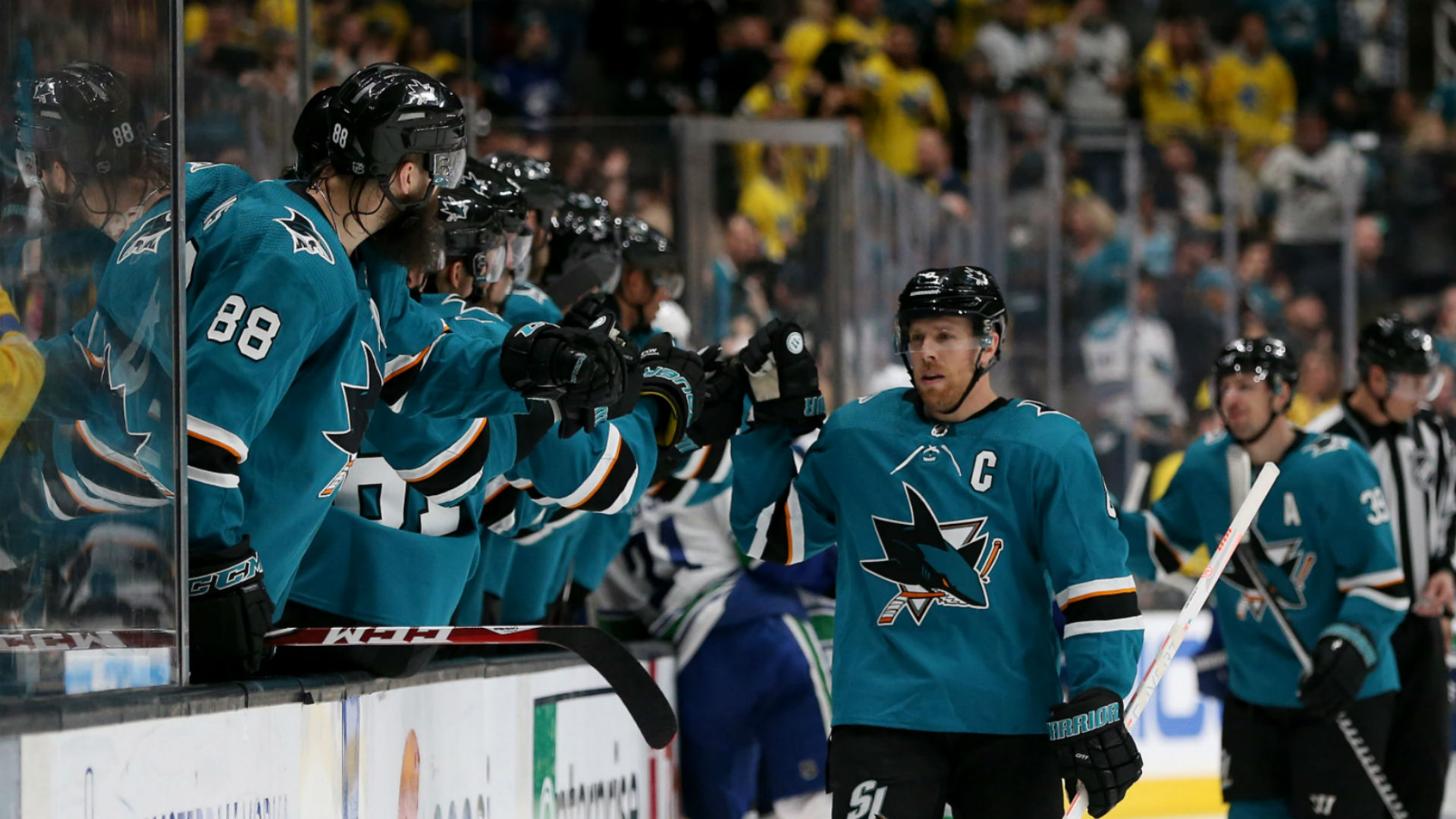 After a regular season in which his goal scoring was revived, San Jose Sharks captain Joe Pavelski was looking for a similar rebirth in the postseason, and while he now has a 2019 NHL Stanley Cup playoff goal under his belt, it probably did not happen the way he expected.

Pavelski was standing alone atop the crease Wednesday when Brent Burns fired a shot from the point during the first period. The shot deflected off Pavelski’s face and past Vegas Golden Knights goalie Marc-Andre Fleury.

Pavelski just scored a goal off his face ? pic.twitter.com/ipa37ZZWrQ

While the goal gave the Sharks the all-important 1-0 lead, Pavelski left the game for a good amount of time after the puck appeared to hit him in the mouth. He returned less than two minutes into the second period with a swollen mouth and a shield to protect his lower face.

Pavelski back with a football helmet – guys a warrior. pic.twitter.com/gD6hTSAwmm

Later in the second, the Sharks’ Timo Meier took a stick to the face from Jon Merrill and had to go the locker room for repairs; he returned, as well.