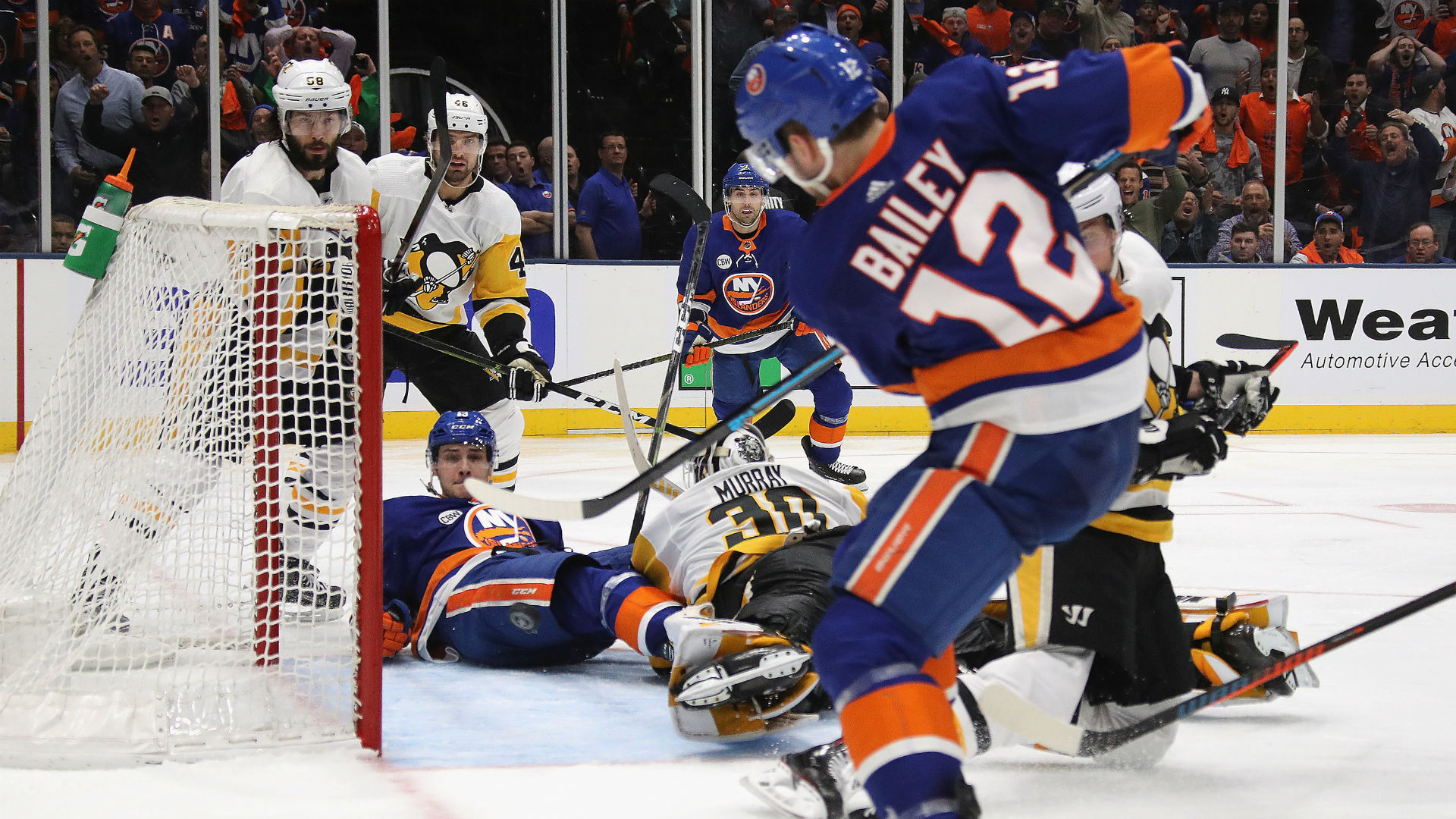 When the Islanders and Penguins went into overtime on Wednesday, history was on New York’s side.

In addition to having home ice advantage in the postseason for the first time since 1988, the Islanders wielded a .673 winning percentage in playoff overtimes, the best mark in NHL history. After Mathew Barzal did everything but score the game-winning goal, Josh Bailey entered the frame and netted the rebound to give New York a 4-3 victory in Game 1 of the Eastern Conference first-round series.

The goal was Bailey’s first career postseason marker after 820 games played — all with the Islanders.

Game 1 is the @NYIslanders‘. #StanleyCup pic.twitter.com/HmJbiYeNVT

“I hit the post and the puck was just sitting there and I was just so happy to see Bails [Bailey] come in,” Barzal said postgame. “A huge goal for him.”

There were several anxious moments for the Islanders, who held the lead on three separate occasions. Pittsburgh scored a goal in each period of regulation to keep pace. It also seemed at times that puck luck might not be in New York’s favor. Just 33 seconds into the game, Tom Kuhnhackl scored a goal that was eventually overturned by an offside review. He suffered the same fate in the third period.

Bailey missed a potential game-winning goal off the post as the third period wound down. He said “nightmares” would have consumed him had he not redeemed himself.

“I was kind of tired. I was trying to catch up,” Bailey said of the final play. “Fortunately, Barzy [made the play], showed a lot of poise and we got the bounce.”

The bounce gave the Islanders a 1-0 series lead that they’ll look to extend Friday at Nassau Coliseum.