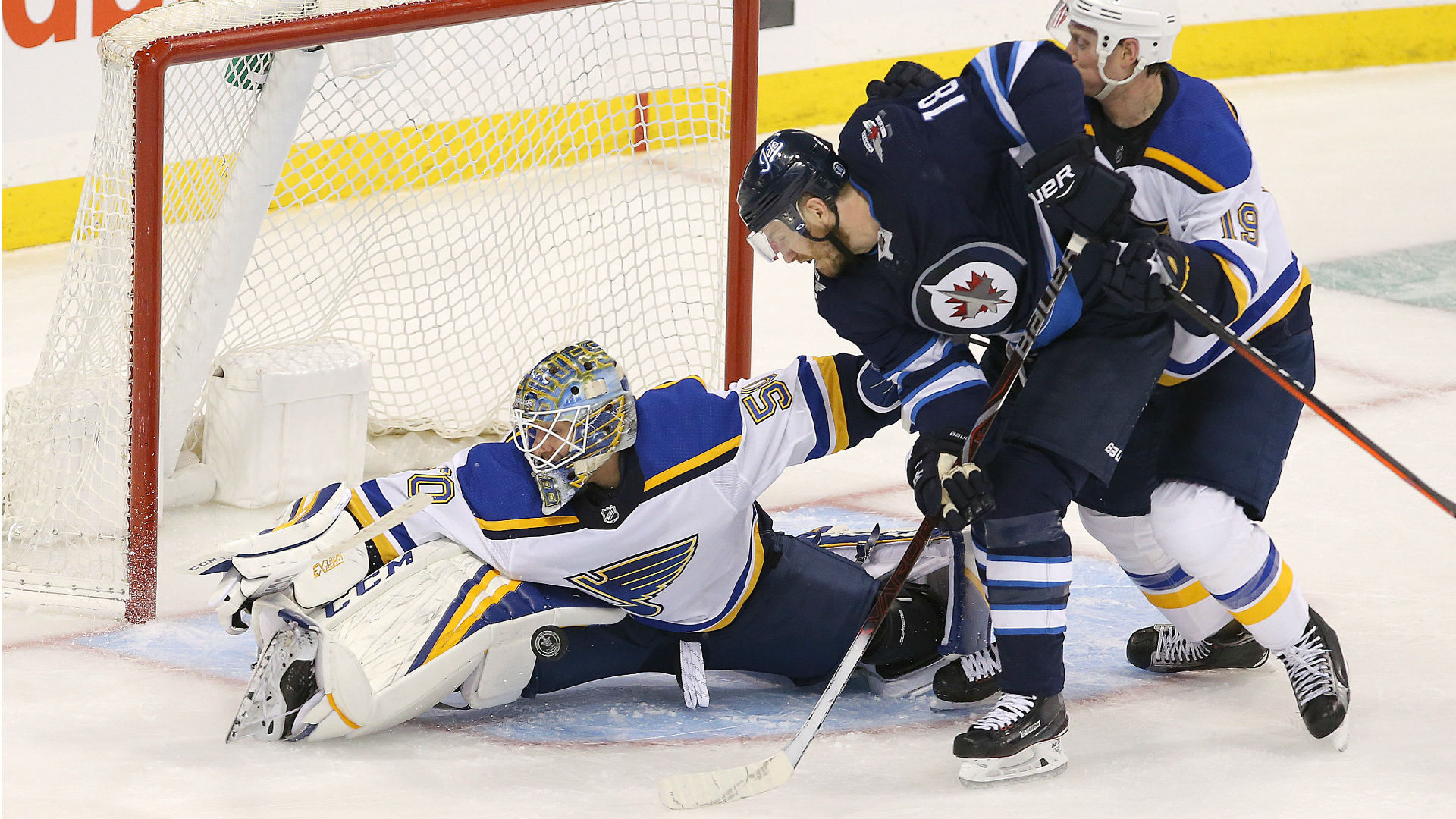 Does he look nervous to you?

Rookie goalie Jordan Binnington starred in his NHL playoff debut Wednesday, guiding the St. Louis Blues to a 2-1 win over the Winnipeg Jets in Game 1 of their first-round Western Conference series. Binnington made 24 saves, including a game-winning stop on Mark Scheifele with 12.4 seconds remaining.

The 25-year-old Binnington could not stop Patrik Laine’s first-period laser, but he shut down the Jets’ offense for the remainder of the game. He made an impressive glove save on Par Lindholm’s backhand attempt with 12:06 left in the second period.

This save by #STLBlues goalie Jordan Binnington.

As Winnipeg struggled to add on, the Blues netted a pair of goals in the third period to secure the win. Just over four minutes into the period, David Perron tied the game with the 1,000th postseason goal in franchise history. Then, with 2:05 left, Tyler Bozak netted the go-ahead marker, the sixth goal of his NHL postseason career.

With time winding down, Binnington stopped Scheifele — who leveled him with a big hit earlier in the game — with his right pad on a one-time attempt from the left circle.

“It was a grind right to the end,” Binnington said postgame. “We’re a good team and we’re here for a reason.”

The series resumes Friday in Winnipeg.