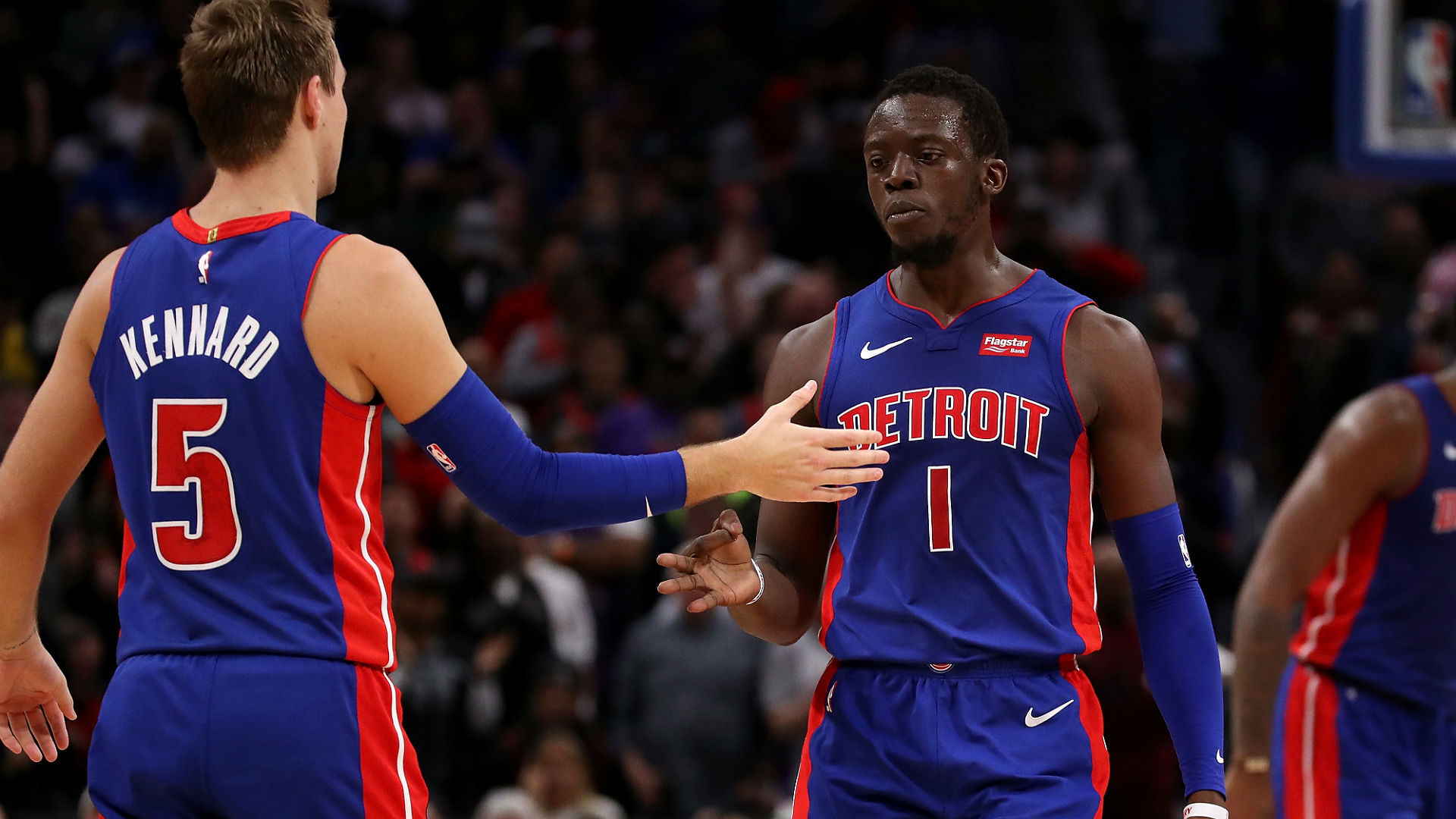 The Pistons are heading to the playoffs.

Detroit jumped out to an early lead and pulled away for an easy 115-89 victory over the Knicks at Madison Square Garden on Wednesday. It clinched the final Eastern Conference postseason spot with the win.

The Pistons took control in the opening moments and held a 14-point advantage by the end of the first quarter. They pushed the score to 65-41 by halftime and cruised from there.

Andre Drummond tallied 20 points and 18 rebounds to lead Detroit to the victory. Luke Kennard chipped in a game-high 27 points off the bench while connecting on four of his eight 3-point attempts.

The Pistons were playing without star Blake Griffin, who’s dealing with a sore knee. They had last made the playoffs in 2015-16.

Meanwhile, the Hornets entered play with their postseason hopes still alive. But, they were officially eliminated with the Pistons’ win. Charlotte would not have advanced to the postseason, anyway, as it fell to the Magic at home, 122-114.

Kemba Walker recorded 43 points and five assists for Charlotte in what could be his last game with the team. He’ll be a free agent this summer.

Dwyane Wade registered a triple-double in the last game before his retirement. He put up 25 points, 11 rebounds and 10 assists in the Heat’s 113-94 loss to the Nets.

? What a night for D-Wade! ?@DwyaneWade (25 PTS, 11 REB, 10 AST) closes out his career in style with a triple-double! #OneLastDance #L3GACY #HeatCulture pic.twitter.com/q6JXhtD0gE

Philadelphia wing Jonathon Simmons had 20 points, seven rebounds and five assists in his team’s 125-109 victory over the Bulls.

Jevon Carter tallied 32 points in the Grizzlies’ 132-117 win against the Warriors.

Dorian Finney-Smith was 2-of-10 shooting and scored five points in the Mavericks’ 105-94 loss to the Spurs.

Aaron Gordon powers his way to the basket.

Aaron Gordon muscles his way down low and flushes it late in the 4th Q!#PureMagic 122#Hornets30 112

The playoffs — After a long regular season, the playoffs have finally arrived. The path to the championship begins Saturday when the first series tipoff.