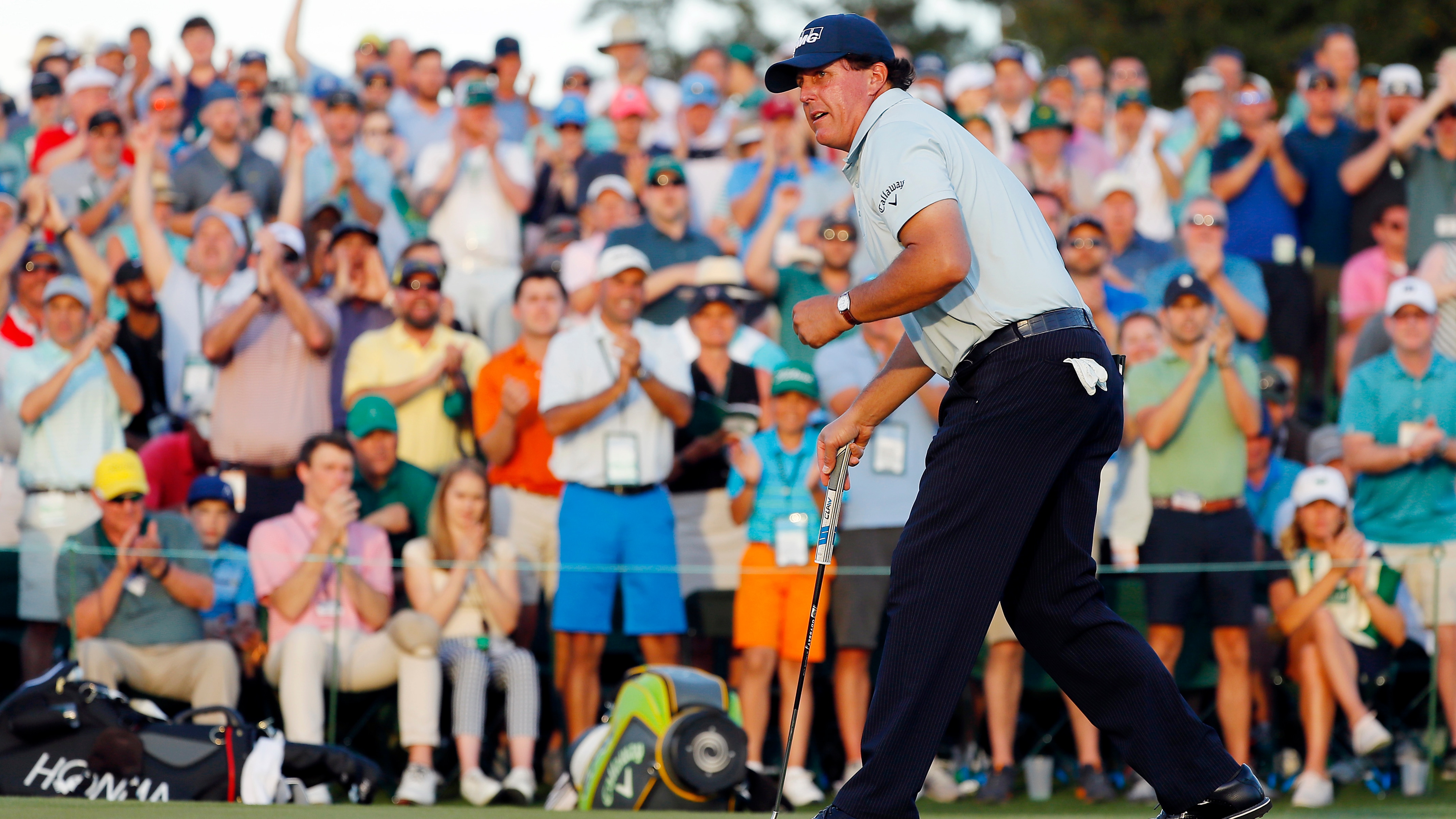 AUGUSTA, Ga. – It seemed like a typical Phil Mickelson moment. After starting his round on Thursday at the Masters with two early birdies it all appeared to unravel in less than 30 minutes with back-to-back bogeys at Nos. 10 and 11.

Mickelson missed the fairway left at the 10th hole and right at the 11th hole to drop to even par. It was apparently exactly what Lefty needed.

“It looked like after bogeying 10 and 11 that that would kill some momentum. It was the other way around, because I made two great bogeys that should have and could have been doubles,” said Mickelson, who finished with a 67, alone in third place and a stroke off the lead.

Mickelson rolled in a downhill 6-footer for bogey at the 10th hole, and after hitting his second shot in the water at No. 11 he got up and down to limit the damage.

“That kept me in it, and then when I got to the holes that I could birdie I took advantage of it with some good shots,” Mickelson said.

Mickelson followed his miscues with back-to-back birdies at Nos. 12 and 13 and added two more at Nos. 15 and 16 before closing his day with a 7-footer for birdie at the last.

Lefty’s 67 was his lowest opening round at the Masters since 2010, the year he won the last of his three green jackets.

“I was just hoping to shoot in the 60s. I thought there were some 66s out there,” he said. “The greens are softer than they’ve ever been, and they’re not as fast as they normally are. So today was a day to take advantage of it.”