The 6’4 center seems as unassuming as a 6’4 center can seem: long, dark brown hair, a high, lilting voice and decidedly Midwestern accent, and, when she’s talking to the media, usually a bright smile.

On the court, though, Megan Gustafson — she of the league-high 70-percent field goal percentage and history-making 1,001-point senior season, the sole non-guard in DI women’s college basketball history to crack 1,000 — is nearly unrecognizable. While the clock is running, she’s relentless but almost completely stoic; when her team scores, she pumps her fist and yells, mouth wide open. Sometimes there are chest bumps. There’s nothing demurring or polite about it, and it’s perfect. Now she’s headed to the Dallas Wings as the No. 17 pick in the WNBA Draft.

“I honestly see it almost as an outlet, if that makes sense,” says Gustafson, who just led the Iowa Hawkeyes to their first Elite Eight since 1993. “I have to try to be in such self-control whenever I’m getting beat up inside, and when I’m able to make an and-one, I’m kind of just letting out all those emotions. I know that my teammates really feed off my energy, and it’s honestly so much fun just to cheer. Plus, I know that the crowd loves it.” 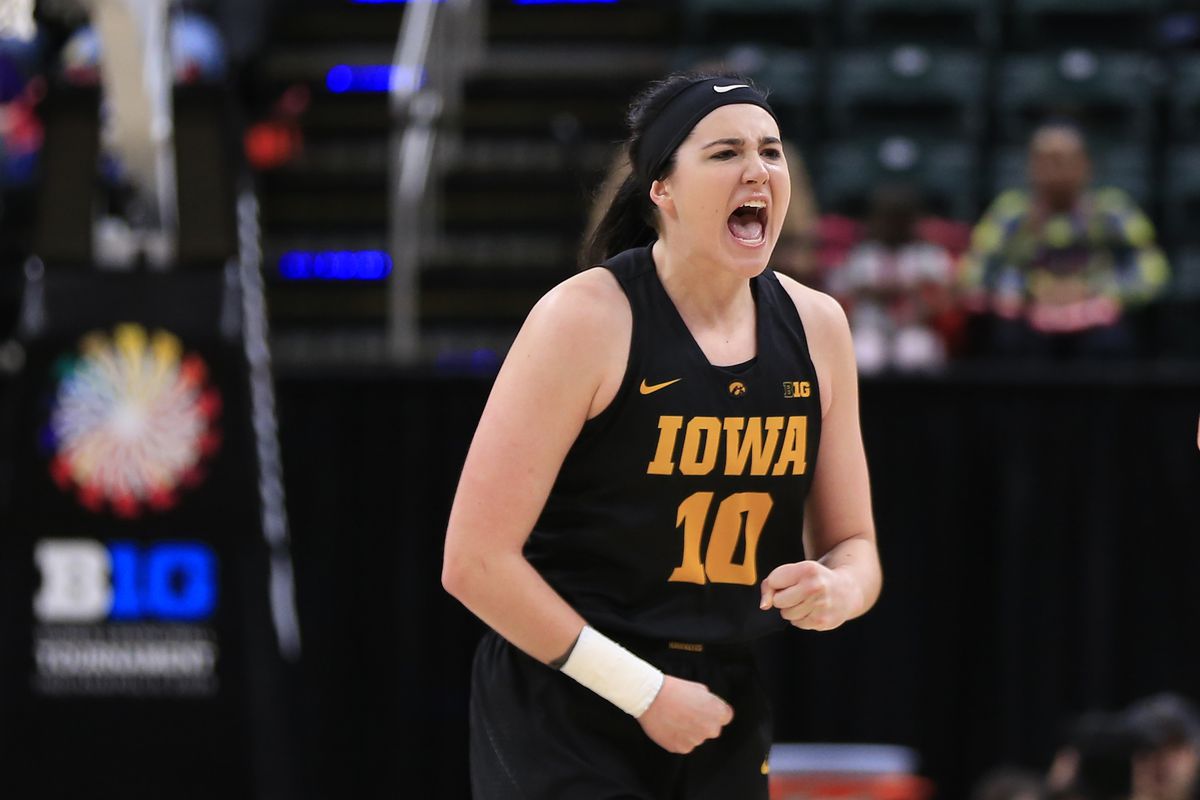 Gustafson is a star-in-waiting, the kind of player who’s spent her whole life as the biggest fish in miniscule ponds — and as a result, the kind of player many WNBA scouts remain skeptical of, despite the fact that last season she was both the best and most efficient scorer in DI women’s basketball. She has plenty of experience both making plays, and being the center of attention — the question is just which WNBA team will take on the task of fitting the self-described “undersized” center into their system.

Growing up in tiny Port Wing, Wisconsin (pop. 164), Gustafson clearly remembers the moment she knew she wanted to play in the W. There weren’t enough players for an 8th grade girls basketball team, so Gustafson played (and started) with the guys. “One of the opposing coaches told me I was being too rough on the boys,” she says now, laughing. “That was when I knew I could really do something with this sport.”

Her talent is obvious, but her consistency comes from intense practice and a fanatical level of perfectionism. She made 18,400 shots last offseason; along with her now well-known affection for the vintage Mikan drill, Gustafson practices shooting from all around the floor — extending her range is a huge priority as she goes pro.

It’s not enough for Gustafson just to get a bucket. If it’s “ugly,” she won’t count it. “If I end on a shot where it bounces off the rim a couple times and goes in, I know that it could have had a 50/50 chance of going in or out,” she says. “I either subtract one make and make two more to make up for it, or I just try to keep shooting until I get a pretty make where it’s like, ‘OK, that looked like it was going to go in more than it wasn’t.’ Not like, every basket, but if I’m making like 10-15 shots in one spot, I really do like to end on a swish.”

Adjusting to Iowa City was “huge culture shock,” and anywhere Gustafson goes in the WNBA will be even more different — but if there’s anything Gustafson excels at, it’s consistency under pressure. She averaged 28 points a game. “I think the fact that I’m not at one of those top [college] programs is one of the reasons why some people might be underestimating me,” she concludes. “But honestly, it’s kind of exciting just to prove people wrong, one day at a time.”

Get to know Megan Gustafson

Favorite NBA player: “Kareem Abdul-Jabbar. I used to Google videos of his hook shot, and I’ve been kind of modeling my hook shot after him.”

Most used app: “Instagram. I love corgis, so I follow a lot of corgi accounts. I just think they’re so cute.”

Non-basketball career: “I did a commercial banking internship this summer (double major in finance) and I really enjoyed that. Maybe being a banker? But I can also see myself still being in the sports world, as an analyst or something fun like that.”