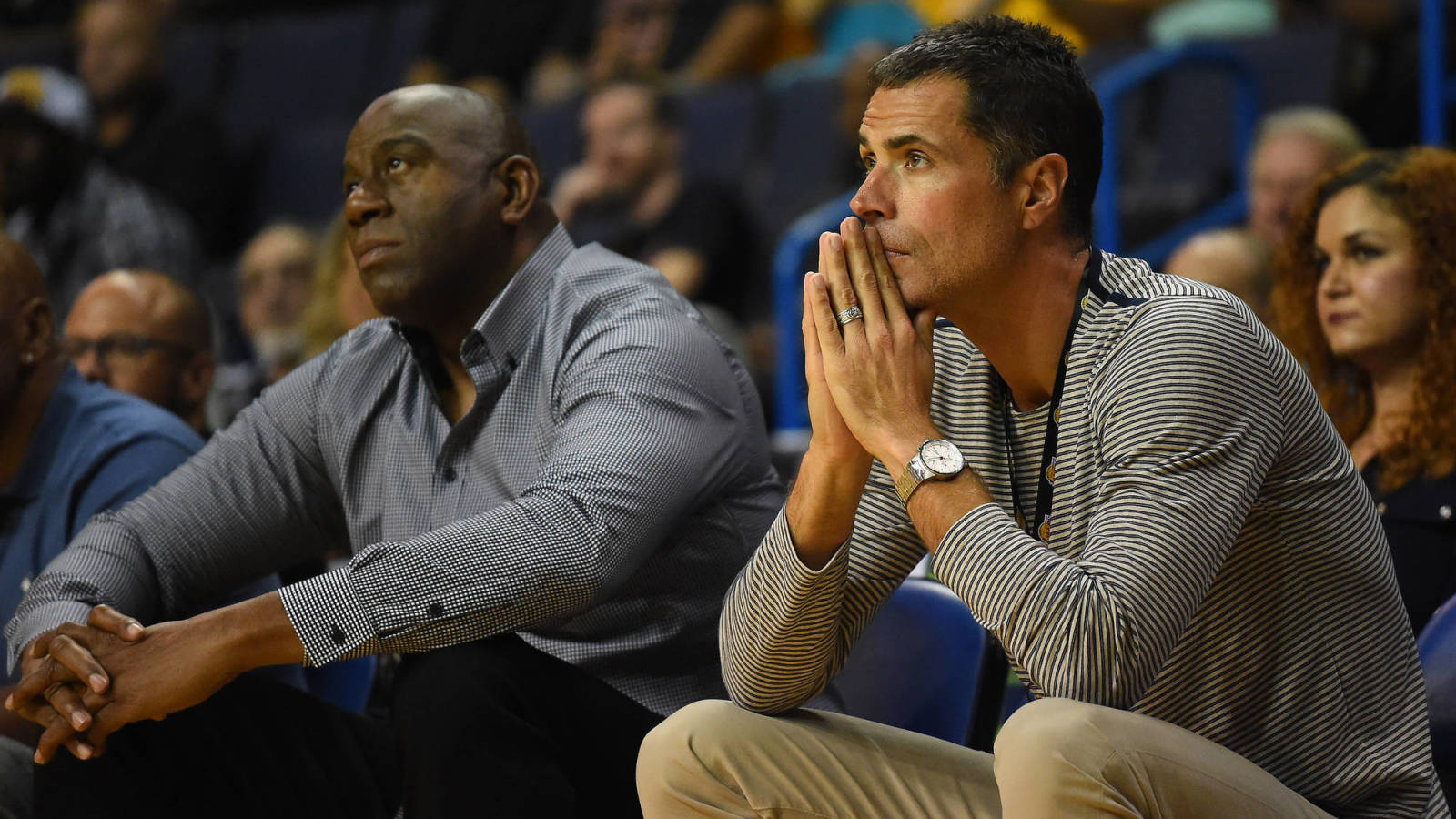 Magic Johnson says he will be happier serving as an ambassador to the Los Angeles Lakers rather than the team’s president of basketball operations, and that could have a lot to do with the power he wanted — but was not granted — within the organization.

On ESPN’s “First Take” Wednesday morning, Stephen A. Smith reported that Johnson wanted to fire Lakers general manager Rob Pelinka before he decided to step down.

“Magic Johnson obviously wanted to fire Luke Walton. She (Jeannie Buss) was going to let Magic Johnson do whatever he wanted to do with basketball operations as it pertains to the coach. Pelinka is an entirely different matter,” Smith said, as transcribed by Jorge Alonso of Bro Bible . “He’s there because of his relationship with Kobe. Magic inherited him like Magic inherited Luke Walton, wasn’t necessarily the guy Magic wanted. I was told Magic Johnson walked into there and talked with them about wanting to get rid of not just Luke Walton but Rob Pelinka as well. And that’s when Jeanie Buss got her back up.”

Smith said Pelinka and Lakers owner Jeannie Buss both reached out to him and denied that Johnson wanted Pelinka gone, but he said that is what he and several other NBA reporters have been told. Smith also added that it is believed Pelinka was the one whose comments led to The Athletic running a story labeling Johnson an “absentee executive.”

Pelinka took over as GM of the Lakers in Feb. 2017, which is around the same time Johnson was hired as president of basketball operations. The relationship between Magic and Buss appears to still be on solid ground, but it seems as if the owner did not trust Johnson to take full control over the Lakers’ roster and personnel decisions.