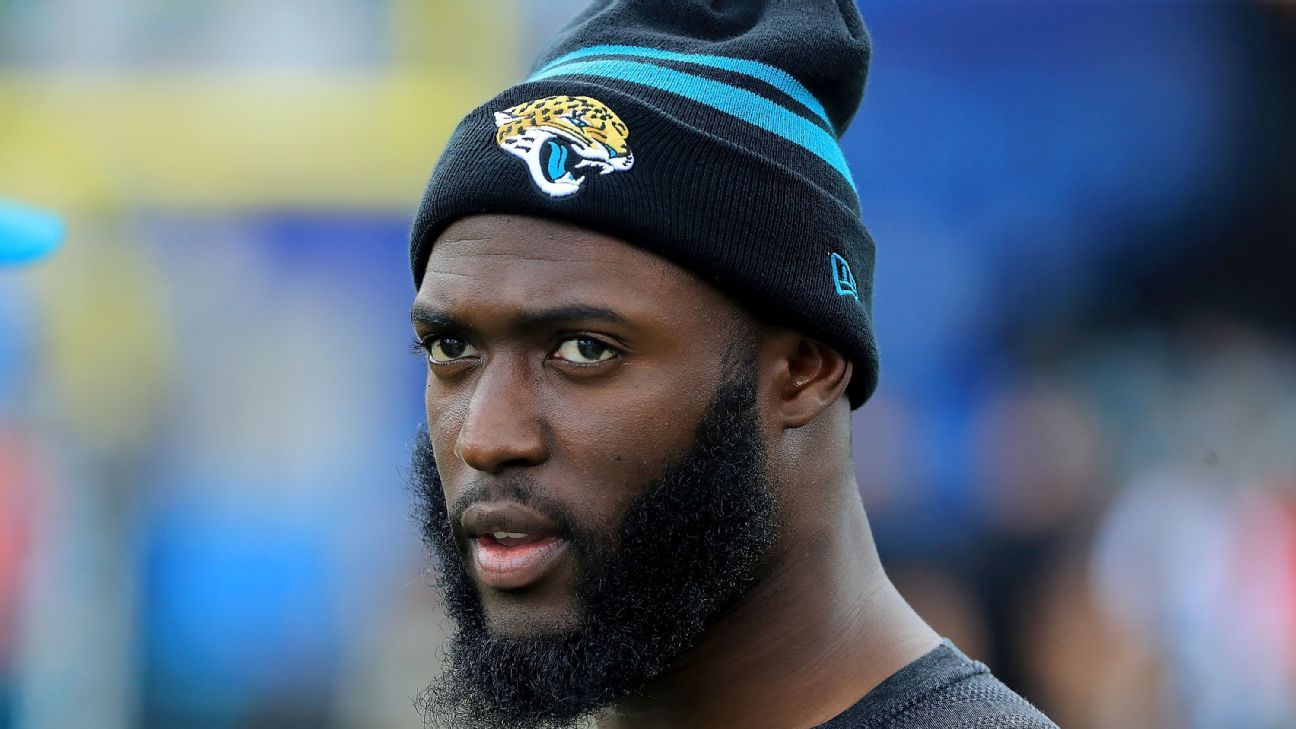 JACKSONVILLE, Fla. — Jaguars running back Leonard Fournette was arrested Thursday afternoon after a traffic stop and charged with knowingly driving with a suspended or revoked license, speeding and improper window tint on the side and rear windows, according to a police report.

Fournette paid a $1,508 bond and was released after spending less than 30 minutes at the Duval County Jail.

The Jaguars released a statement in which they said they were aware of Fournette’s “situation,” are gathering more information and would not have any further comment at this time.

Fournette’s arrest is related to a speeding ticket he received in Jacksonville Beach on Nov. 17, 2018. Fournette was cited for driving 12 mph over the posted 25-mph speed limit, which carried a $204 fine. Court records show he did not pay the fine, and the case was sent to a collection agency on March 18.

In Florida, failure to pay a speeding ticket results in a suspended license.

Fournette was arrested Thursday after a Jacksonville sheriff’s officer pulled over a 2016 GMC Yukon that he clocked at 65 mph in a 45 mph zone. Per the arrest report, when officer H.S. Mullen asked Fournette for his license, Fournette said he “left it at the stadium. I’m a Jaguar player.”

Mullen also reported that Fournette said he was late for an appointment at the stadium.

Per the report, Mullen said that reminded him of a previous stop he made on July 23, 2018, when he stopped the same driver in a different car and the driver said the same thing. Mullen ended up issuing Fournette a warning on that day for driving 80 mph in a 45 mph zone and weaving in and out of traffic. Per the report, when Mullen asked Fournette if he remembered that day, he responded: “Whatever, man.”

Fournette said on Thursday that he did not have a Florida driver’s license and admitted it was suspended, per the report. Fournette’s Louisiana license was cancelled and there was no license from Missouri, which was the address on the Yukon’s Florida registration, per the report.

This is the latest trouble for Fournette, who already was facing questions about his maturity, commitment to football, conditioning, on-field behavior and production after a disappointing 2018 season.

Fournette, the fourth overall pick in 2017, missed six full games and half of two others with a right hamstring injury in the first eight weeks of the 2018 season, and there was mounting frustration inside the organization about the length of his absence. The Jaguars built their offense around a power-run game that had a hard time functioning consistently without him on the field.

Fournette was also suspended without pay for one game for leaving the bench and fighting with Buffalo Bills defensive lineman Shaq Lawson during the Jaguars’ 24-21 loss at Buffalo on Nov. 25. Fournette said he ran across the field because he saw Lawson shove Carlos Hyde and wanted to defend his teammate.

Shortly after that, the Jaguars told Fournette they were voiding the guaranteed money remaining in his contract as punishment, a move that Fournette has appealed with the NFL.