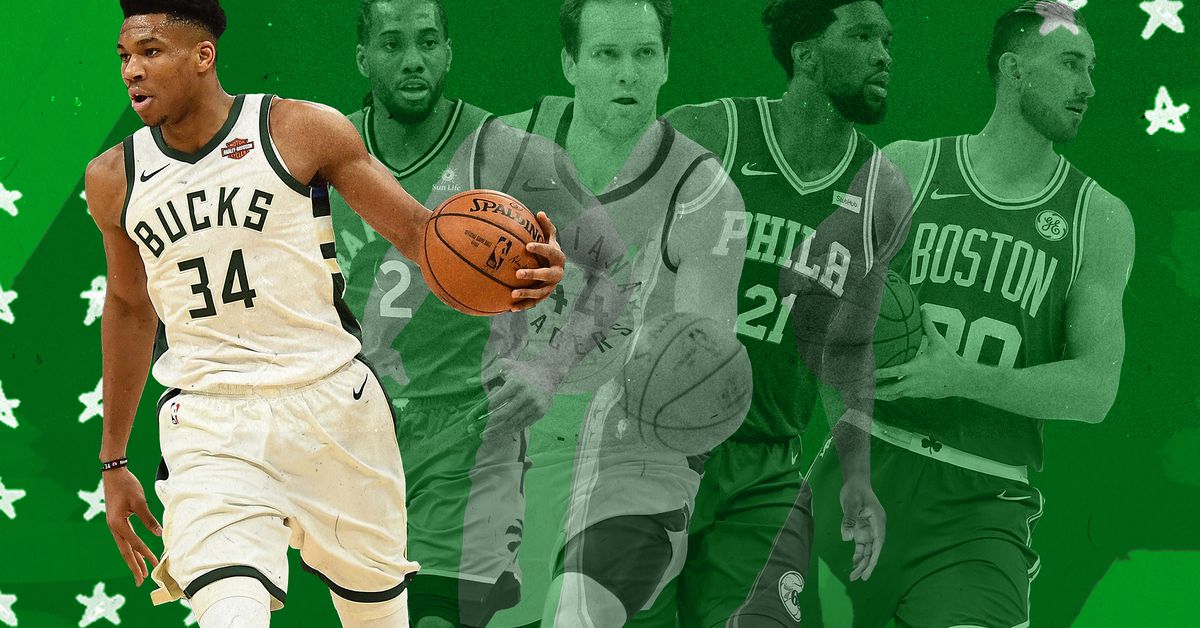 The Milwaukee Bucks should be the favorite to earn their first trip to the Finals since 1974 for obvious reasons. The first, and most important not to forget, is they have the NBA’s best record, and that means something. Their advanced statistical numbers check out too, but more on that later.

The Bucks have built a contender in atypical fashion for a modern NBA powerhouse. Milwaukee has just one star, who inexplicably is one of the league’s tallest players, worst shooters, and doubles as a lead ball-handler. Next to Giannis Antetokounmpo, Milwaukee has a dozen players with similar skillsets and C-list celebrity. They have precisely one former champion in uniform thanks to a late-season add in Pau Gasol. It’s a bizarre blend of talent at first glance. but as a unit, it make up the NBA’s most daunting core.

The Bucks are tall, long, can shoot, defend, and push the pace. They’re operated by a royal king in Antetokounmpo, but are held in check by Khris Middleton, Brook Lopez, Malcolm Brogdon, Eric Bledsoe, George Hill, and more. They haven’t had to stack a team of Hall of Famers to be this good. They’re a system of pieces where each serves a vital role, and it’s worked.

Here’s why the East is theirs to lose.

1. They have Giannis Antetokounmpo

Few humans on Earth are known by just their first name, but at just 24 years old, Giannis is Giannis. If he doesn’t win MVP, he’ll be runner-up, with multiple in sight before his career ends. Despite shooting all of 25 percent from deep at a time where every superstar is an elite outside threat, Antetokounmpo is transcendent. He’s averaging 27 points, 10 rebounds, and six assists as a 6’11 point forward who also somehow dominates like Shaquille O’Neal inside.

Nobody can contain Antetokounmpo, and few can score over him. It’s no secret he’s the Everything Guy in Milwaukee, and he’s outperformed even the Kevin Durants and Steph Currys of the NBA.

After back-to-back breakout seasons, this was his Even Bigger breakout year. It’s OK to believe in him now.

2. They have one of the NBA’s best coaches and offensive schemes

Casual fans might remember head coach Mike Budenholzer for his time with the 2014-15 Atlanta Hawks. There, he led a superstar-less unit of Jeff Teague, Kyle Korver, DeMarre Carroll, Paul Millsap, and Al Horford to win 60 games. The entire starting five share a piece of the conference Player of the Month in January of that season.

Budenholzer has molded a similar core in Milwaukee, but this time with the superstar he didn’t have in Atlanta. TakIng over from Jason Kidd’s lackluster tenure, Budenholzer revamped the Bucks’ offense to prioritize three-point attempts, dunks, and layups, and live off the talents of Antetokounmpo himself. It’s worked.

By the end of October, just weeks into the season, Antetokounmpo had fully bought into the new system. After a rough three-point shooting day against the Knicks, who were on fire from mid-range, he was asked if he felt like his team was still doing the right thing. His answer sums up why the Bucks will win the East.

By the way, the Bucks also have an elite defense, too, thanks in large part to Budenholzer revamping Kidd’s aggressive system for a more conservative one that shuts off the paint.

3. The numbers check out

There’s merit beyond the win column and logic of Budenholzer’s schemes. The numbers think the Bucks are doing it best too.

The Bucks are as balanced as they come, elite at everything without needing superstars at every position. Milwaukee has surrounded Antetokounmpo with talent that thrives doing the only thing he can’t do: shoot. It’s worked perfectly.

Pick them to win the East. They’ve already shown why.