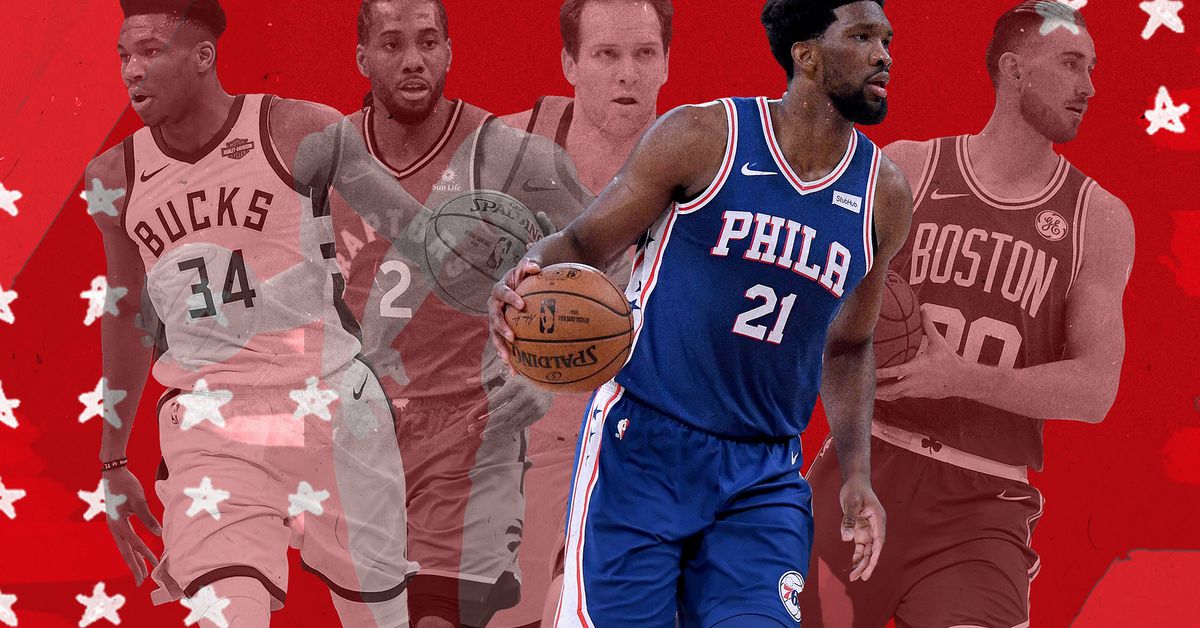 The 76ers can win the Eastern Conference and earn a trip to the NBA Finals for one simple reason: Why not?

Philadelphia has the most dominant big man in the NBA, two all-star-quality wings, and one of the most dynamic point forwards when attacking in transition. The Sixers have shooters supplementing their stars, a supreme shot blocker deterring slashers, and forwards who can switch and guard one through four.

It’s a recipe for success — so long as everything goes according to plan.

The Sixers traded two key role players for Jimmy Butler, then detonated the rest of the roster to land Tobias Harris at the trade deadline. All that upheaval has led to patches of rocky play, but when healthy, they are fully capable of hitting their stride at the right time.

Here are three reasons The Process will bear fruit with a Finals appearance.

Aside from Boston’s Al Horford, who is the closest thing to his kryptonite, there is no single human being who can check Philly’s all-star big man one-on-one. Embiid is too strong, too crafty, and too quick for his size. All-in-all, he’s too good for the opposition.

Embiid is having a statistical season only Shaquille O’Neal and Kareem Abdul-Jabbar have achieved. O’Neal won his first championship in 2000 with those numbers, while Abdul-Jabbar made it to the NBA Finals in 1974. If Embiid is truly following the footsteps of his Hall of Fame predecessors, he will have to win, and win big. It starts here, in a season where Philly general manager Elton Brand has doubled down on his transcendent talent.

Embiid is a man among boys, a dominant force who bends defenses against their will. When his three-point shot is falling, it’s like stepping into a pile of quicksand. You can’t fight him, only accept your imminent doom.

Philly entered the regular season with two stars and will end it with four. They traded Robert Covington and Dario Saric for Jimmy Butler in November, then dealt the majority of their remaining assets at the trade deadline for Tobias Harris.

Now, their starting lineup features the deepest pool of talent outside of Oakland: Embiid, Butler, Harris, Ben Simmons, and super shooter J.J. Redick. Chemistry had been an issue early on, but it seems things are finally clicking in Philly, right on time. The starting five is destroying teams when it shares the court.

Philly coach Brett Brown has searched for other lineups since the trade deadline. He’s staggered the rotations, often leaving at least two of his four stars in at a time. Brown’s tried everything from Embiid with Harris and Butler with Simmons, to Embiid with Butler and Simmons with Harris. The entire second half of the season has been a wild chemistry experiment.

But through it all, the new starting five has been effective, and we should expect to see it play heavier minutes in the postseason.

3. Jimmy Butler is the closer the team needs

Butler may have floated through the first three quarters of Philly’s must-win March 20 matchup against Boston, but in the fourth quarter, he came alive. Butler scored 15 of his 22 points in the final period, including the game-winning shot that became a meme shortly thereafter.

Turns out his fourth-quarter explosion was all by design. He asked Embiid to do what he does for the first three periods. The fourth quarter, in Philly, is Jimmy Buckets time.

“Quarters one through three, I was tired as I don’t know what,” Butler told reporters after the game. “And I asked Jo before the game, please just get us to the fourth, and I’ll do what I’m supposed to do in the fourth quarter. He did a great job of doing that along with everybody else, and I just made some shots in the fourth.”

Butler and Embiid are on the same page:

Butler isn’t perfect. He unceremoniously forced his way out of Minnesota, and things haven’t been 100-percent peachy in Philadelphia. He has struggled to fit in with Embiid and Simmons in the first 42 minutes of games, and his defense has fallen off from its peak level.

But when I spoke to him last season while he played for the Timberwolves, he said winning, not numbers, is the only thing that matters. In a tight playoff series, he will play his butt off on both ends and give the 76ers the closer they lacked last season.

He has extra incentive, too. After all, Butler becomes an unrestricted free agent this summer, and players in a contract year always play a little harder to add extra zeroes onto their next deal. For Butler, his next contract, max or not, will be earned in the playoffs, a fact both he and Sixers management know.

This is when he will ultimately prove his value.