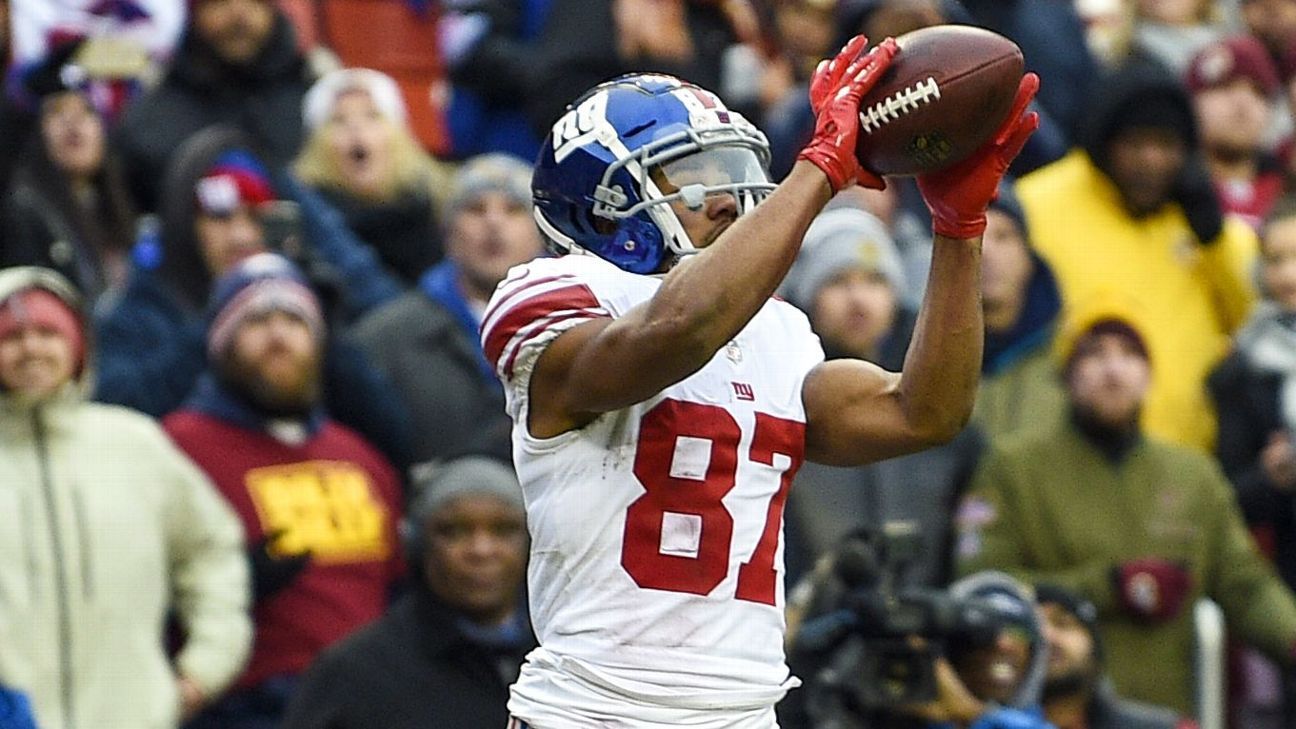 The New York Giants and wide receiver Sterling Shepard have agreed to a four-year, $41 million extension that will include $21.3 million in guarantees, a source told ESPN’s Adam Schefter.

The move comes almost a month to the day after the Giants traded star wide receiver Odell Beckham Jr. They also signed veteran Golden Tate last month, who much like Shepard, has done most of his damage in recent years out of the slot.

Shepard, 26, had a career-best 66 catches for 872 yards last season. He also had four touchdowns and was praised for his blocking by coach Pat Shurmur on numerous occasions.

The second-round pick out of Oklahoma in 2016 was set to become a free agent after this year. His services would have been in demand. There were some rumblings that Shepard could be moved after the Tate signing, but the Giants wanted to make sure he was part of their future.

The slot wide receiver market was set in the $9 million per year range this offseason by Jamison Crowder (Jets) and Adam Humphries (Titans). Shepard will top that, including total guarantees of over $20 million.

The Giants are going to be counting more heavily on Shepard this season. He could be looked at as their No. 1 or 1a receiver.

Shepard is considered more than just a slot receiver. He had 28 catches for 444 yards on the outside last season, and the plan appears to be to use both him and Tate to spread the ball around more effectively and efficiently than in previous years when Beckham was the primary target.

“I think when you play offense, you try and get the most out of the players you have. You have to use their skill sets,” Shurmur said last month at the NFL annual meetings. “I do believe that it takes a village to spread the ball around. The quarterback gets the ball out. We have a lot of fine players on offense. We will spread the ball. Unfortunately, Odell was hurt at the back end of the season and we were able to score our most points of the year. We will find a way.”

It will be with Shepard as a centerpiece of the offense. He has averaged 63 catches, 762 yards and five touchdowns in his first three professional seasons.

Shepard has caught a total of 190 passes for 2,286 yards and 14 touchdowns since joining the Giants.