Derwin James is the latest example of the Chargers’ recent string of success in the first round.

COSTA MESA, Calif. — Derwin James wasn’t supposed to be there.

The Los Angeles Chargers knew James fit perfectly into defensive coordinator Gus Bradley’s scheme, but in all the simulations performed by the scouting department during the lead-up to last year’s NFL draft, James was never available at No. 17.

On draft day, though, Chargers GM Tom Telesco intently watched as James fell down the draft board. The Chargers snatched up the Florida State product, who earned Pro Bowl and All-Pro honors as a rookie safety.

Telesco said the Chargers had a good group of players that they liked at 17, but of course they wanted James to slip to them. And they waited instead of trying to move up to get him. When the Chargers went on the clock and James was there, they listened to trade offers before making their selection with 2:42 left on the clock.

“Oftentimes we say, ‘We didn’t think he was going to be there,'” Telesco said on draft day after selecting James. “You hear that all the time. I hate hearing that. But honestly, with this one, we did not expect him to be there at our pick. We were prepared to take him if he was, but we did not think he would be there. So suffice to say, we were very excited to bring him in.”

James is the latest example of the Chargers’ recent string of success in the first round.

In the past four drafts, the Chargers have taken James, Mike Williams, Joey Bosa and Melvin Gordon. Three of those four players have made the Pro Bowl, which according to ESPN Stats & Information research ties the Bolts with the Cowboys (Byron Jones, Ezekiel Elliott and Leighton Vander Esch) for most in the league during the span.

Williams, who has not reached a Pro Bowl, led the Chargers in receiving touchdowns last year with 10 after injuries derailed his rookie season.

So what’s the secret to Telesco’s success? He leans on the work of his scouting department, grabs talented players with good production from big-name conferences and counts on his coaching staff to coach them up.

“We’re not going to hit on every draft pick,” Telesco said. “You try and hit on every pick, obviously, but you really want to hit on the one [first-round pick]. We put a lot of effort into that. It’s not 100 percent, but I would credit that staff for that, and the fact that they work well with our coaches, who get more into the scouting end of it when their season ends.

“And then it’s not only drafting the players, but putting them into the scheme in the right places, using their strengths the right way and developing them, and our coaches have done that. You’ve seen it with Mike Williams. Obviously he’s very talented, but you’ve seen some big strides from Year 1 to Year 2.”

The drafting of Bosa three years ago with the No. 3 overall selection is another example of the Chargers quietly going about their business.

Several draft analysts had the Chargers selecting offensive tackle Ronnie Stanley or cornerback Jalen Ramsey with that selection, not believing Bosa was a scheme fit for the Bolts’ 3-4 defense at the time.

But Bosa climbed to the top of the Chargers’ draft board by January. The Chargers took Bosa out to dinner before his pro day at Ohio State, and defensive line coach Giff Smith was closely involved in his workout the next day.

The Bolts did their homework, had a plan on how they would use Bosa, and now — 28.5 sacks later — have one of the more productive defensive ends in the league.

“You just keep your mouth shut and you work — that’s all we did,” Telesco said about the Bosa pick. “It was never our intention to deceive anyone. We just did our work throughout that process.

“There were a lot of good players that we could have considered for the No. 3 pick. But in the end, with Joey, he had that combination of pass-rush ability from different alignments, his ability to play the run at the point of attack and in pursuit, and he had that football temperament we were looking for.” 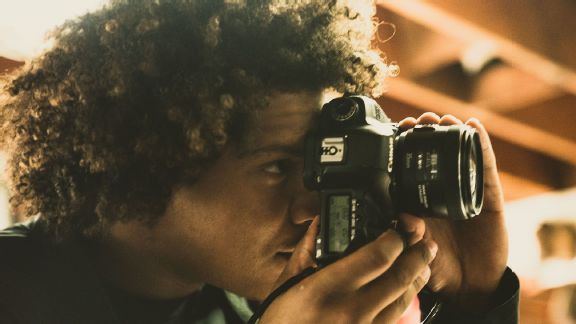 The Chargers are hoping to keep the successful string alive with the No. 28 pick of the first round this year. They are drafting in the later portion of the first round for the first time since 2014, when they selected cornerback Jason Verrett at No. 25, a talented player who struggled to stay on the field.

Telesco could look to an AFC West rival for some examples of successful picks made late in the first round.

The Kansas City Chiefs selected cornerback Marcus Peters (No. 18 in 2015 draft) and pass-rusher Dee Ford (No. 23 in 2014 draft) in the second half of the first round over the past five years, and they grabbed Pro Bowl interior pass-rusher Chris Jones (No. 37 overall) in the second round of the 2016 draft.

“Normally, you go best player is what you do,” Reid said. “That’s where you’re the best normally. When you start to kind of force things in, that’s where you get into trouble.”

Another team familiar with holding a pick later in the first round is the Seattle Seahawks. However, general manager John Schneider generally desires to trade out of the first round to acquire more picks.

“Really — and people don’t necessarily like to hear this — this first round, it seems to be all about entertainment, right?” Schneider said. “There seems to be so much buildup for it.

“There’s tiers throughout every draft, depending on every class. Is it a good class or a bad class? I think we look at it like, ‘Are there 14 first-round draft picks, and then the rest are second- and third-round picks?’ And you are constantly evaluating that.

“Just because a player’s taken at 24 [overall], say, right? That doesn’t mean necessarily that he’s a first-round player.”