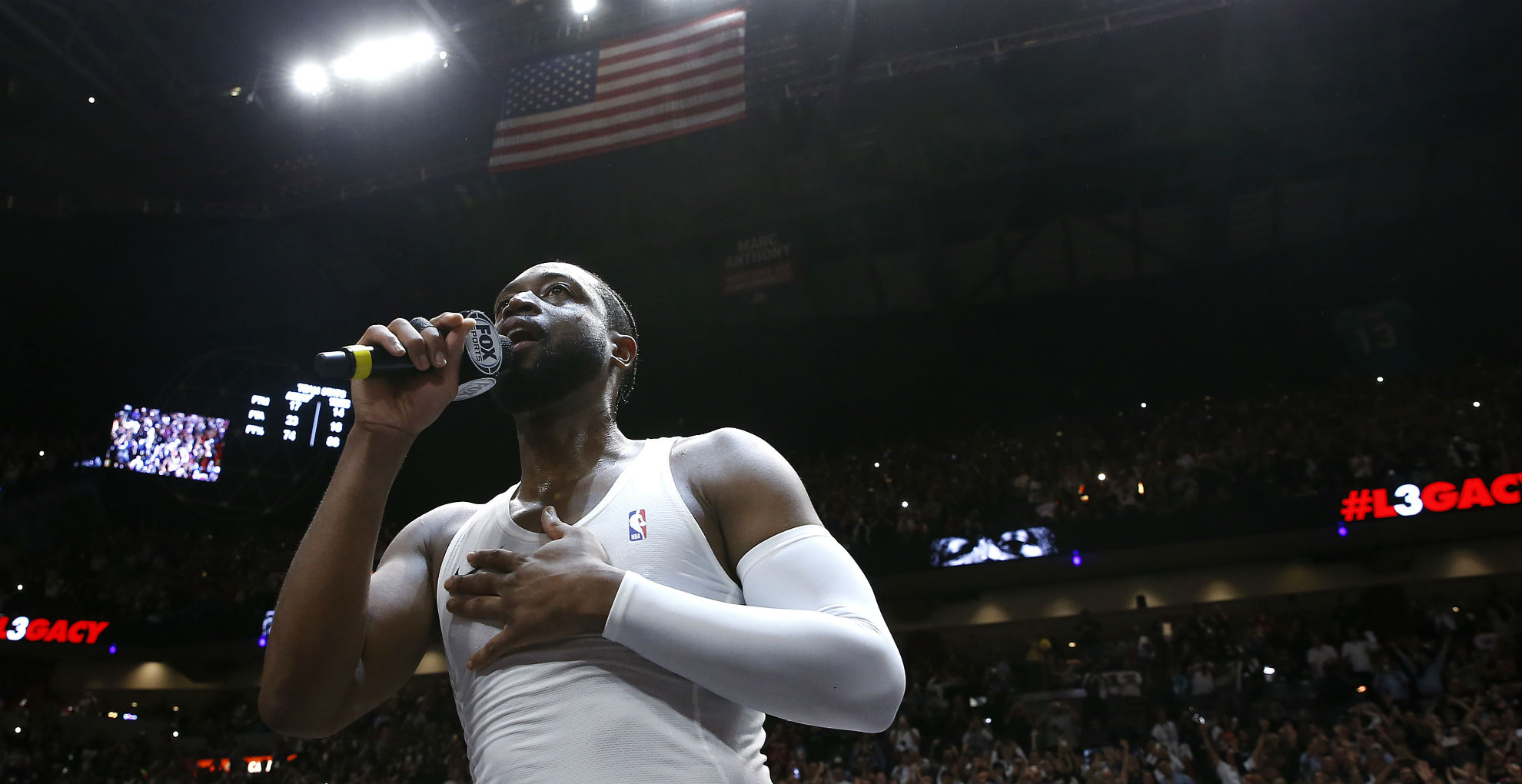 Tuesday was a historic day for the NBA.

Dwyane Wade and Dirk Nowitzki each played their last home games for their respective teams, as both have plans to retire after the season. The Heat and Mavericks were both able to secure quality wins for their superstars on such an important night.

Wade scored a game-high 30 points for Miami in its 122-99 triumph over Philadelphia. After the contest, he gifted jerseys to all of his teammates.

Nowitzki scored 30 points of his own in Dallas. The 40-year-old big man filled it up early, scoring his team’s first 10 points in a 120-109 victory over Phoenix. He became the oldest player in NBA history to score at least 30 points in a game.

Dirk surpasses Michael Jordan as the oldest player in NBA history to score 30 points in a game ? pic.twitter.com/9NtcMlRg8m

While neither future Hall of Fame player will be in the postseason, they got the storybook endings they deserved in front of their home crowds.

Jamal Crawford scored a game-high 51 points against the Mavericks.

Wayne Ellington totaled seven points on 1-of-11 shooting in the Pistons’ 100-93 victory against the Grizzlies.

Alex Caruso hit a huge shot to put the Lakers up late, but they fell to Portland 104-101.

Alex Caruso stops and pops to put the @Lakers in front!#LakeShow 101#RipCity 99

Paul George hit a game-winner to lift the Thunder over the Rockets.

Magic (41-40) at Hornets (39-42) 8 p.m. ET — Orlando has already punched its ticket to the playoffs. Charlotte, on the other hand, is battling with Detroit for the Eastern Conference’s final playoff spot. Steve Clifford coached the Hornets as recently as last season and now he has the opportunity to eliminate his old team from the postseason.