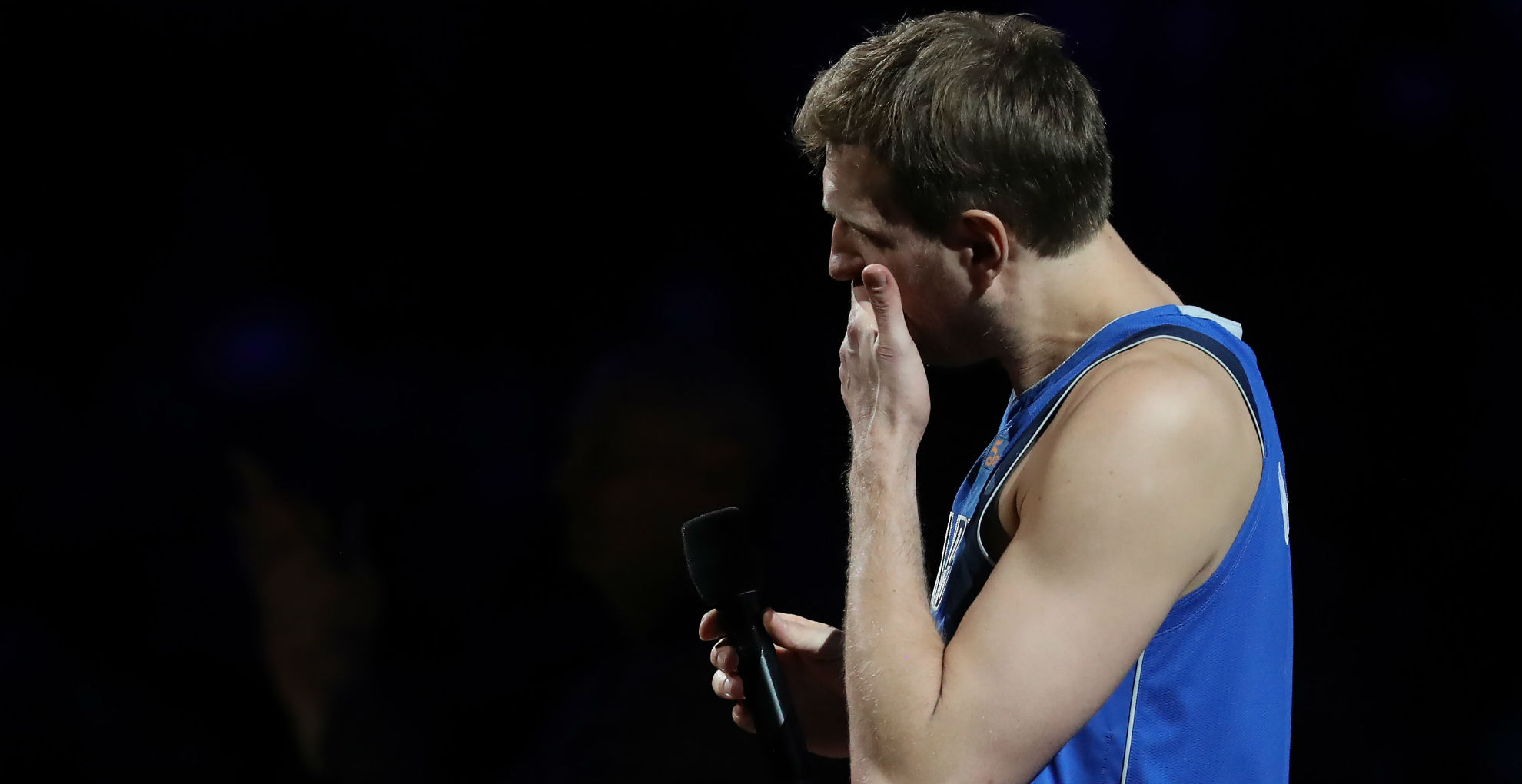 Dirk Nowitzki ended speculation regarding his future once and for all Tuesday.

The Mavericks veteran told a packed crowd at American Airlines Center, “This is my last home game,” following Dallas’ 120-109 victory over Phoenix.

Dirk announces that tonight was his final game. Legend.#MFFL pic.twitter.com/TBj3wjJerR

While many suspected 2018-19 might be Nowitzki’s last season, spectators were stunned by his announcement. He appeared to be moved to tears by the fans’ reactions.

After spending all 21 seasons with Dallas, he received high praises from owner  Mark Cuban.

The 40-year-old big man poured in a season-high 30 points, eight rebounds and three assists against the Suns, and scored the Mavericks first 10 points to open up the game.

The Mavericks won’t be headed to the playoffs, as they are 33-48 and sit in 12th in the Western Conference standings. But Nowitzki appears to be on his way to ending an illustrious career in style.

His resume is littered with accomplishments, including a 2007 MVP award, a 2011 NBA championship and 14 All-Star appearances. He is sixth on the NBA’s all-time scoring list and entered Tuesday with 31,510 points in his career.

The Mavericks will finish out the regular season against the Spurs on Wednesday at 8 p.m. ET.