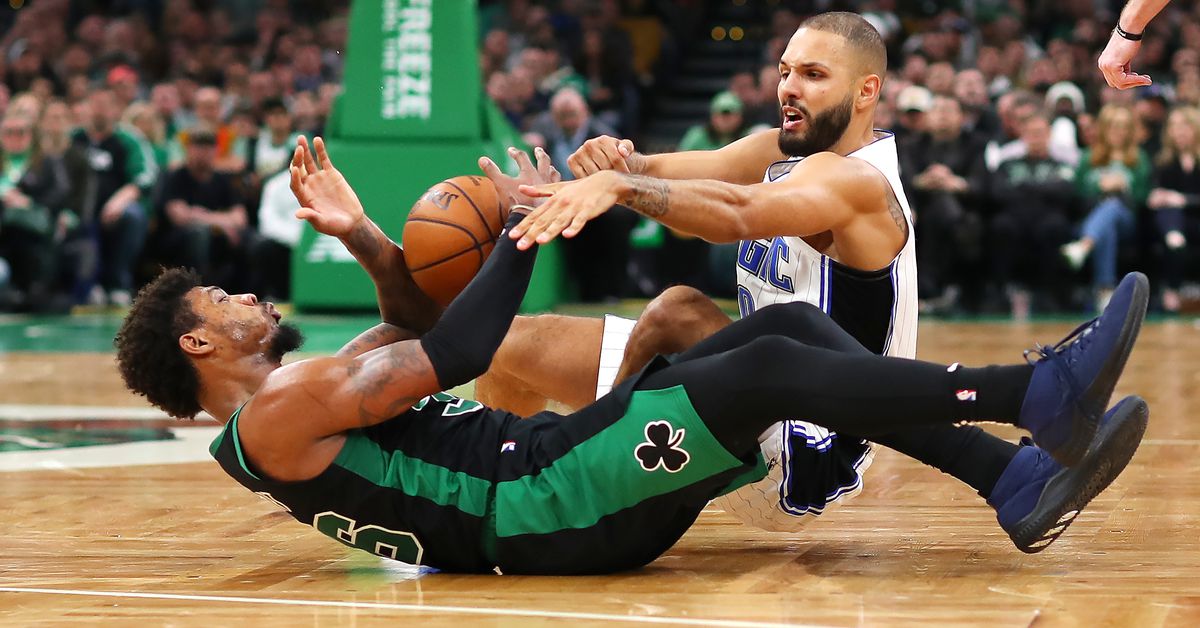 Aside from having momentum going into the playoffs, having a fully healthy roster at their disposal is of the upmost importance for the Celtics if they want to put together an long postseason run.

Celtics President of Basketball Operations Danny Ainge went on 98.5 The Sport Hub’s Toucher and Rich on Wednesday and discussed the health of the team, in particular the status of Marcus Smart and Jayson Tatum. Smart and Tatum each left Sunday’s game against the Orlando Magic. Smart suffered a left oblique contusion while Tatum was diagnosed with a left shin contusion that also kept them out of Tuesday’s regular season finale against the Washington Wizards. Tatum did participate in practice Wednesday, but Smart didn’t.

However, Ainge’s encouraging update on both Smart and Tatum should help C’s fans breathe a sigh of relief.

“I saw Marcus (Smart) getting treatment yesterday. He was feeling much better. We’ll probably know a lot more today when he tries to get on the court and go do some things,” Ainge said. “I feel like he’s going to be OK just because it’s Marcus. He’s just made of steel. You remember last year he had that surgery on his thumb and splint, and nobody was going to play (through that) and he came back and played early and first possession he dives on the floor for a loose ball. I think we all take him for granted. I think he’s going to be OK, but he’s day-to-day right now.”

Ainge added, “(Tatum’s) fine. Jayson will be fine. It could be the healthiest we’ve been all year.”

Ainge touched upon the team’s recent play and it has him feeling optimistic as the C’s prepare for their first round match up with the Indiana Pacers. The Celtics won six of eight down the stretch, including picking up two key victories over the Pacers, to finish with a 49-33 record in an up-and-down regular season that didn’t meet expectations.

“I’ve seen a lot of progress in our team,” Ainge said. “Kyrie (Irving’s) had a terrific year. One of his best statistical years of his career. We see the progress in Gordon (Hayward) and Al Horford this second half of this season. We see Jaylen Brown coming along. Jayson Tatum has started to get back after a little bit of March funk. He’s been playing better lately. I’m very encouraged by where we are.”

Ainge also weighed in on the calamity that ensued Tuesday night that took the NBA by storm when Magic Johnson stepped down from his post with the Los Angeles Lakers. Johnson held a bewildering 40-plus minute press conference in which he resigned and should make C’s fans appreciate Ainge’s commitment to the job even more.

“I know that this work is a grind and if you don’t really enjoy the people you’re working with and the work you’re doing then you shouldn’t be doing it,” Ainge said.

“I respect Magic’s decision. I don’t really understand the dynamic of how he did it by not telling (team owner) Jeanie (Buss), that seems a little bit interesting. I like Magic. He’s a good guy. But it sounds like to me he just wants to go back and have the life he had before he had this job.”

“We have it fantastic in Boston. I’ve been spoiled with great ownership and great coaches to work with and when we can be on the same page it makes the challenging times tolerable and it makes it worth it.”