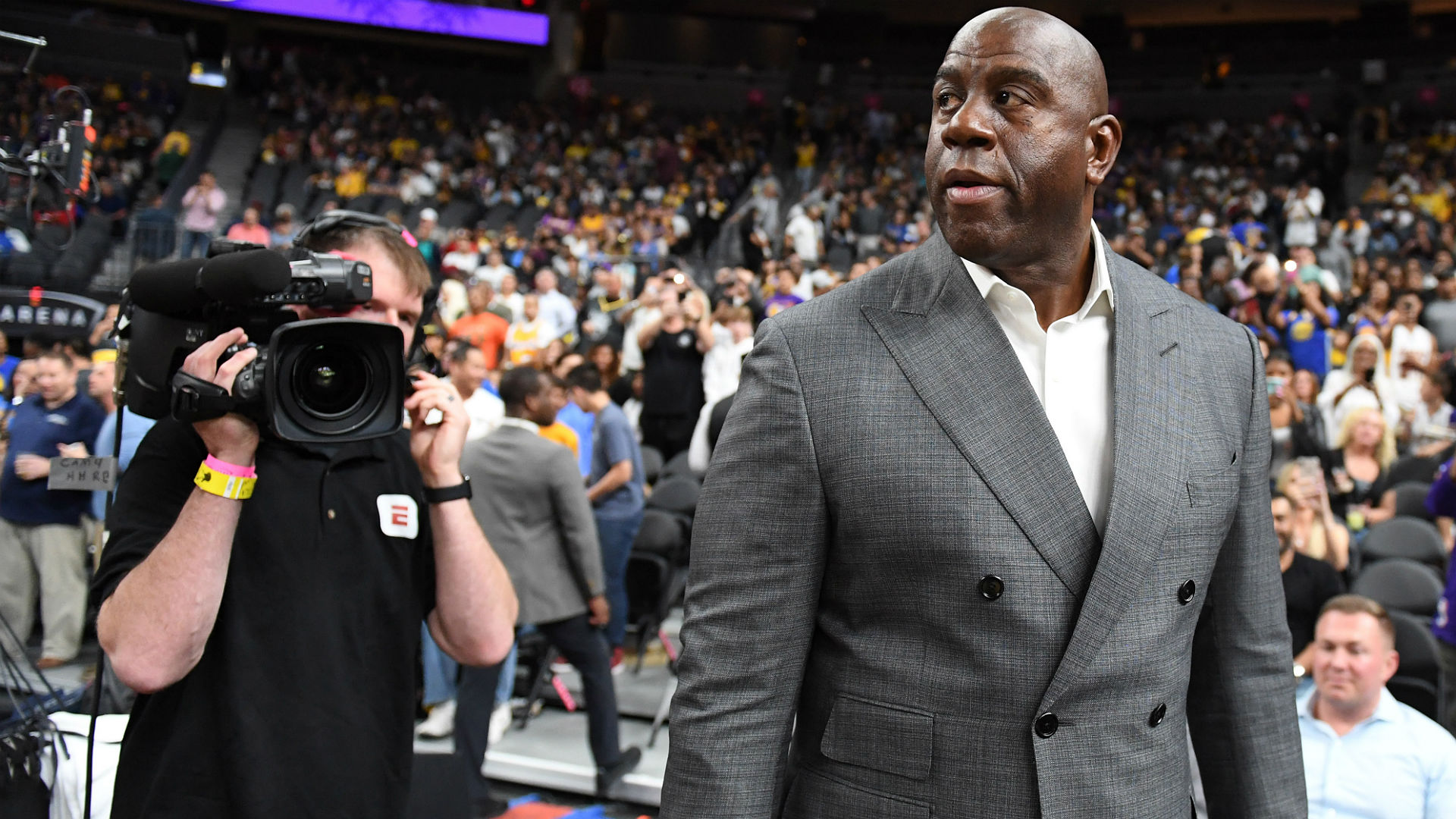 Magic Johnson is no longer the Lakers president of basketball operations.

Johnson shockingly stepped down from his position Tuesday before the team’s final game of the season at an impromptu press conference.

I opened #TheJump noting how so many of the Lakers’ issues have zero to do with Luke Walton, so whether they fire him or not, they can’t expect change until they face their deeper truths. Then @RamonaShelburne reported Magic hasn’t spoken to Luke in weeks, and everyone went nuts: pic.twitter.com/fDgJaIKs3C

Johnson said part of the reason he made the decision was to maintain his relationship with Lakers owner Jeanie Buss.

“I think that with [Jeanie] and I, I want to always preserve my relationship with her,” Johnson said. “And I think I had more fun when I was able to be the big brother and ambassador.”

Johnson also said he missed being available to players who wanted him as a mentor.

Johnson took over in the Lakers front office in February 2017. Los Angeles has missed the playoffs for six straight seasons.

“I respect his decision, but the game & the business must go on.”

Magic Johnson put unnecessary pressure on the Lakers organization with public promises to add stars, got caught tampering, undermined the coaching staff all season long, and now destabilized the team with a surprising public resignation. The Lakers are better off without him.

let me get this straight, magic was so desperate to publicly congratulate dwyane wade … that he completely stole the spotlight from him and dirk

Johnson’s comments and actions will only continue the narrative that ex-players have been coddled and spoiled, and lack the work ethic or grit needed to be a successful scout, director or GM.. It’s unfortunate

I stood next to Kobe Bryant when he cried at his locker after the torn Achilles. I just stood next to Magic Johnson as he cried after stepping down as Lakers president. Today was more shocking. This is more than a job, obviously, for everyone involved. The Lakers are reality TV.

End of the day, Magic Johnson claims he has too much love for Jeanie Buss to hurt someone she loves in Luke Walton. A high-stakes basketball version of the Gift of the Magi. Stunning.

Not sure what Magic thought he was signing up for. He’s used to winning and being the good guy but sometimes being an exec means taking the loss or being the bad guy – striking out on free agents, firing people, making tough decisions. Clear he didn’t have the stomach for it.

He’s still going? I should have gotten on a plane to LA an hour ago, maybe I could have made it in time for the end

1. Magic Quits press conference
2. Draymond-KD Spat
3. AD throws away a year of his prime
4. Carmelo doesn’t make it to 2019
5. Butler vs. Minnesota
6. Bulls create a Leadership Committee
7. Anything James Dolan did

Lakers coaching staff fully expected to be fired in hours after the final game of the season. They had believed they were gone for months. Now? Magic quits in public, saying he’s too scared to tell Jeanie Buss face-to-face. What an embarrassing episode for a historic franchise.